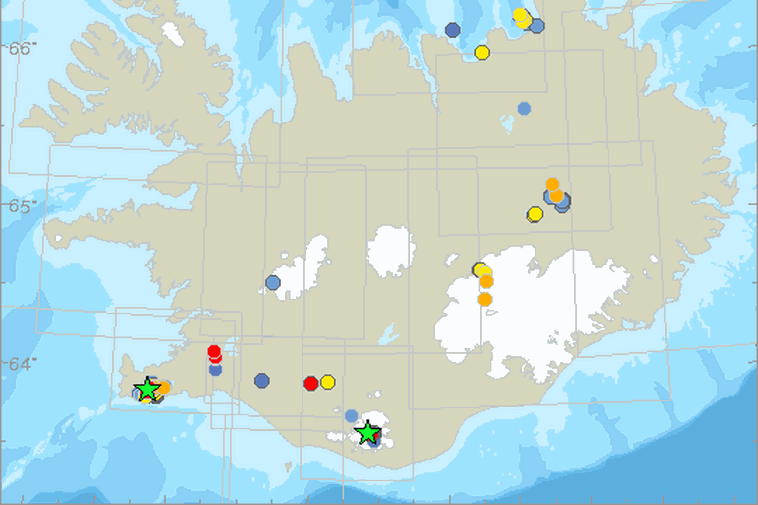 An earthquake of the magnitude of 3 occurred at Katla just after midnight. Map/ Iceland Met Office

Following tremors at Katla in South Iceland and a glacial river flood in Múlakvísl, the Icelandic Met Office has raised the status of the famous volcano on its ‘Aviation Colour Code Map for Icelandic Volcanic Systems’ from green to yellow.

An earthquake of the magnitude of 3 occurred in the Katla caldera at 00:48 last night followed by a series of smaller tremors.  The seismic unrest could be connected to the glacial river flood and not connected to a possible eruption at all but the Iceland Met Office cannot be certain at this point.