Over 500 earthquakes in Reykjanes swarm 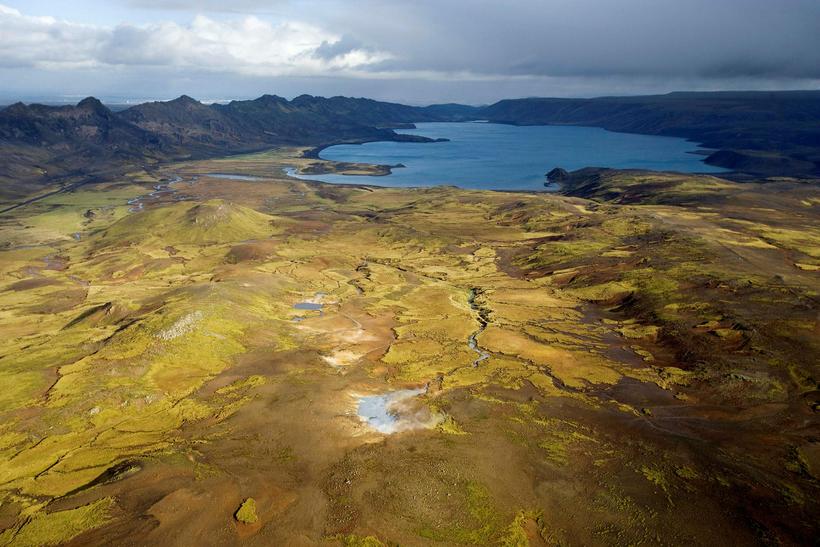 The swarm of earthquakes that originate in Fagradalsfjall mountain on the Reykjanes peninsula are on the decreased. A few earthquakes occurred this morning but they're diminishing.

According to the Iceland Met Office, over 500 earthquakes have been measured in the swarm which began yesterday morning at 7 am. Three earthquakes were clearly felt in Reykjavik, especially the one at 13:55 which measured 4.1.

Geophysicist Páll Einarsson said speaking to today's Morgunblaðið that the earthquakes are at the point where the tectonic plates meet.  He said that although earthquakes in Reykjanes are common, the swarm yesterday was one of the biggest that they've measured in a few years.

Yesterday two earthquakes were felt in Mýrdalssveit originating from Katla measuring 3.2 and 4.5. 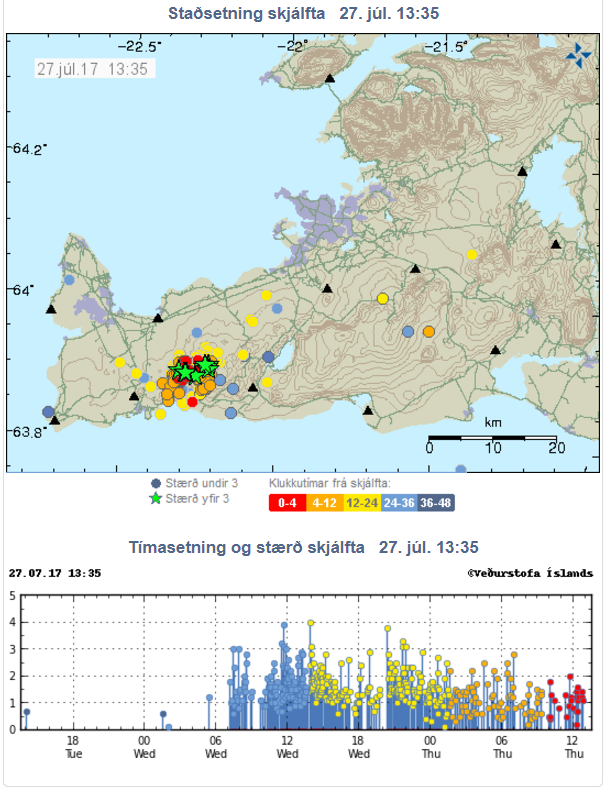 The time and place of the earthquakes. Map/Iceland Met Office