Fly over Iceland's landscapes in a 360 degree film 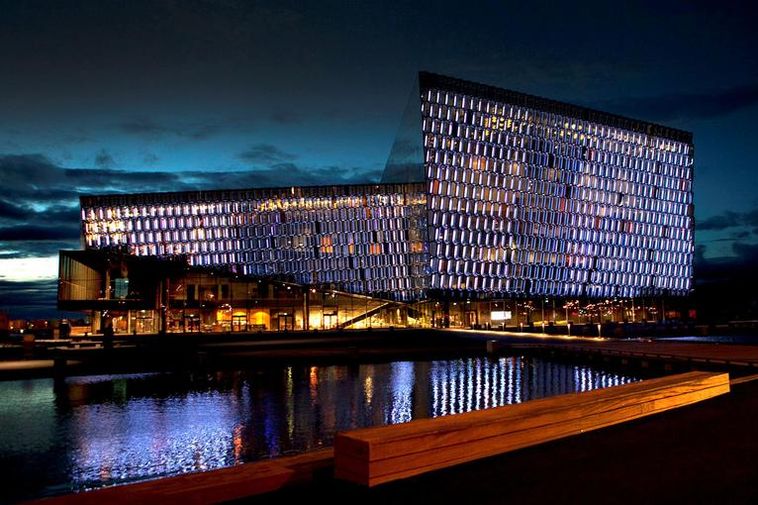 Harpa Concert Hall and Conference Centre is located by Reykjavik harbour in the city centre. mbl.is/Júlíus

Visitors of Harpa are now able to visit the Iceland Expo Pavillion again. It was designed for the Worlds Fair in Shanghai 2010 and set up again at the Fankfurt Book Fair in 2011, where Iceland was the Guest of Honor for 2011.

The pavillion features a unique 360-degree film where the walls and ceiling form a visual unity. Over three million guests have visited the pavillion but the aim is to present the beauty of Icelandic nature in an impressive short movie.

The film, which is fifteen minutes long, presents Iceland in all its diversity. Footage from both city and nature is projected onto the four walls and the ceiling of the pavillion, together forming a cube that surrounds its guests. You fly through waterfalls, the Reykjavik marathon, and see a volcano erupting. Opening hours are every day from 10:30 to 17:30 and the show runs at an interval of 30 minutes. Admission is 1500 ISK and you can either purchase your ticket directly at Harpa or online HERE.