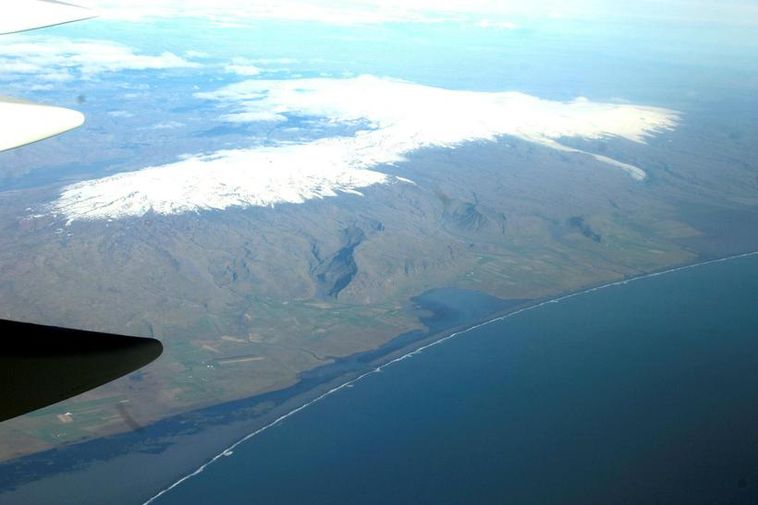 Katla is an active volcano underneath the Mýrdalsjökull ice cap. mbl.is/Sigurður Bogi Sævarsson

To top of today's series of earthquakes, a quake measuring 4.5 occurred at the mother of all volcanoes in Iceland, Katla tonight at around 10.30 pm.  Another earthquake measuring 3.2 occurred a little later. Both eruptions were felt in nearby areas.

A specialist on duty tonight at the Iceland Met Office says that the earthquakes are nothing to worry about. It's quite usual to have a few tremors when the ice cap melts in summer.

There is no connection between the earthquake in Katla tonight and the series of earthquakes occuring in Reykjanes today.