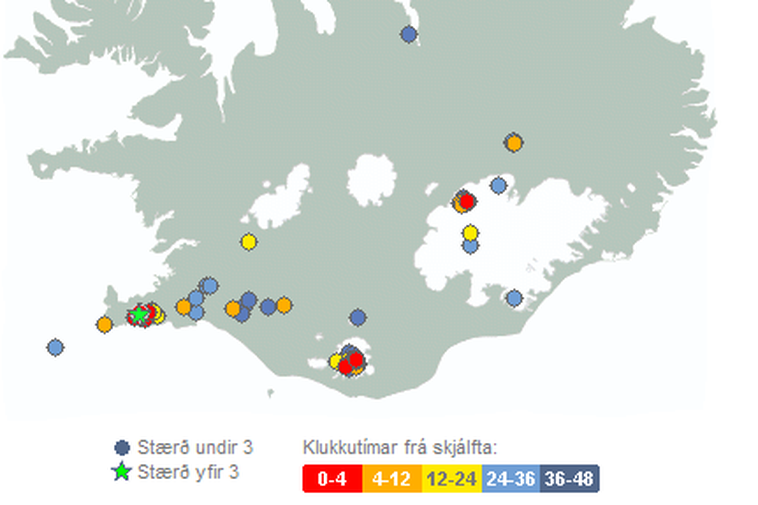 A series of earthquakes occurred North East of Fagradalsfjall on the Reykjanes peninsula this morning. The last one was felt clearly in Reykjavik, Iceland's capital.

Over 40 small quakes were measured and they are still ongoing, according to the Met Office. "It's quite normal for Reykjanes, there have been series of quakes there in the past few years."

The largest earthquake, felt in Reykjavik at 11:40 was measured at almost 4,0 on the Richter scale.