Search goes on in tricky conditions 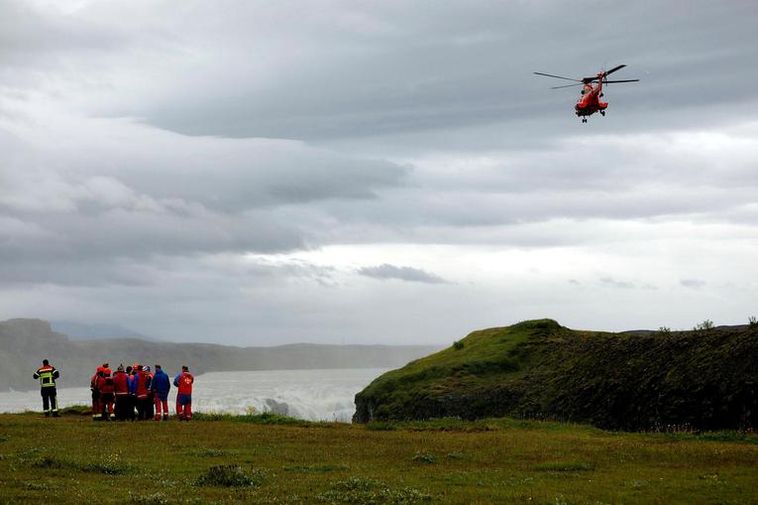 The search by Gullfoss is ongoing. mbl.is/Eggert Jóhannesson

Search for the man who fell down Gullfoss waterfall yesterday is still ongoing but for the 60 remaining from the search and rescue teams, Hvítá river is proving hard to deal with.

A net has been put up by Bræðratunga-bridge and responders are combing the area with the help of drones, kayaks and hovercrafts.

The search was picked up again at 10 a.m. this morning and could go on long into the night according to Gunnar Ingi Friðriksson, an administrator in the operation. He says the bulk of the search is going on above the net by the bridge, and all the way up to the waterfall itself. It’s hard to figure out how the river behaves, he says, especially in the large gorge by the waterfall.

Gunnar says it is unlikely that the man has drifted out to sea. Lower down the river, it spreads out into sand bars where most things that fall in show up eventually, according to farmers in the area.

Earlier today it was revealed that the man who fell in was an asylum seeker. So far, nothing has been found in or by the river that could point to his fate.