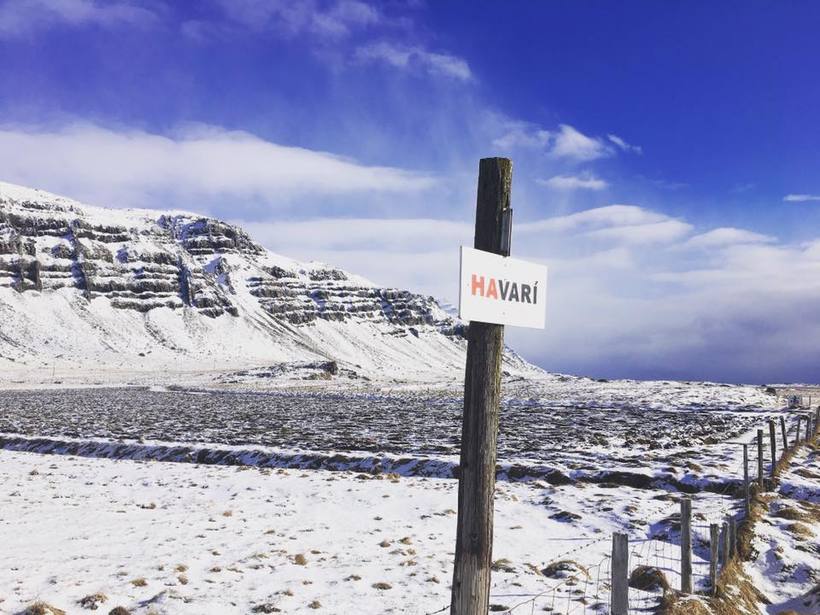 Havarí is located in the remote fjord of Berufjörður in East Iceland. Photo/ Havarí Facebook page

Three years ago, musician couple Berglind Häsler and Svavar Pétur Eysteinsson moved away from Reykjavik to settle at a farm called Karlsstaðir in remote Berufjörður in the East Fjords of Iceland.  The couple now run a guesthouse in the old sheep pens, a coffee shop and a concert venue in the old barn and produce vegan sausages and organic vegetable chips, all under the Havarí label.  The couple are part of rock band Skakkamanage and  Eysteinsson is also known as solo artist Prins Póló.  A few years ago they ran a music store in the city centre called Havarí and that name has now been transferred to their new guesthouse and coffee shop. 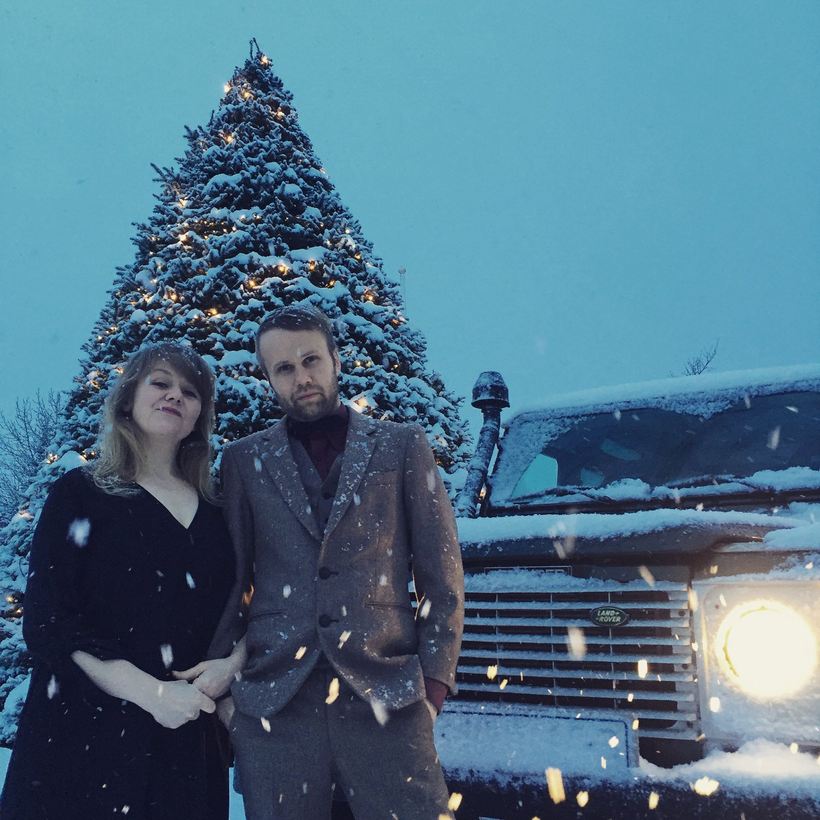 Berglind and Svavar Pétur are members of rock group Skakkamanage. They are pictured here at Christmas at their farm. Photo/ Havarí Facebook page

"Until now we had rented out the old farm at Karlsstaðir to tourists but now we're replacing that accommodation with a new guesthouse," Häsler explains. "The guesthouse can accommodate 30 people and you can choose from single beds, bunk beds or family rooms." She adds that the coffee shop and concert venue, Havarí, reopened in March. 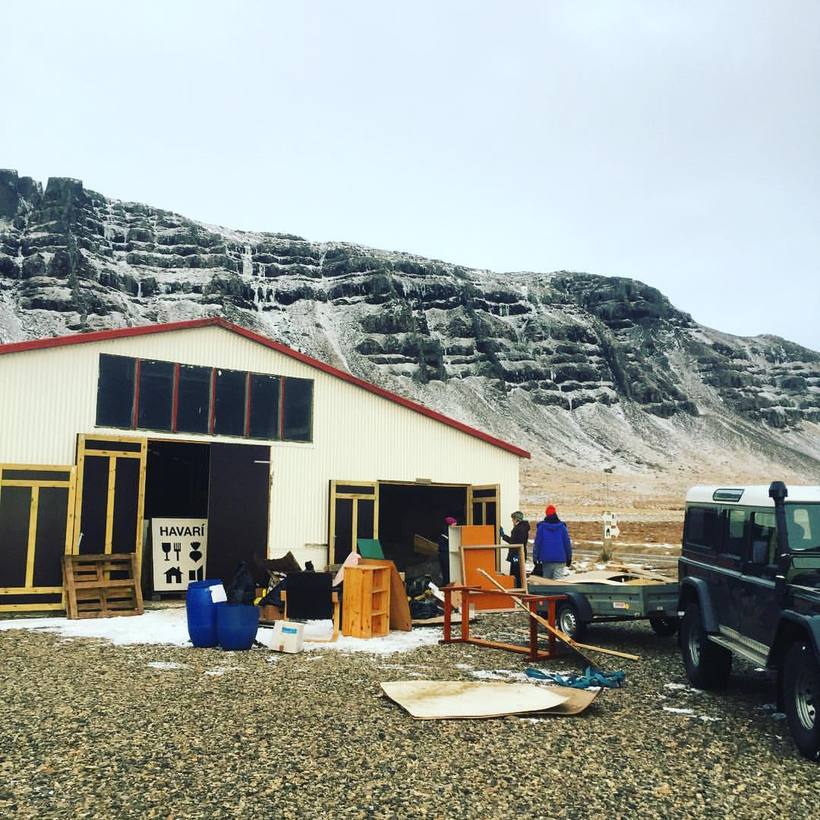 The couple are hands on with absolutely everything on the farm. Photo/ Havarí Facebook page

"We offer vegetarian dishes made from homegrown ingredients, freshly baked bread and pastries. In June, artist Sara Riel will be opening an exhibition there and our musical programme kicks off. Among the artists performing this summer are President Bongo, Lay Low, Sóley, Mugison, FM Belfast, Valdimar, Moses Hightower and Lára Rúnars. My partner and I do everything that needs doing ourselves, whether its growing vegetables, cooking, product development, making vegan sausages, Bulsur, which are distributed around Iceland, building or cleaning. Prins Póló will also perform this summer at select events." 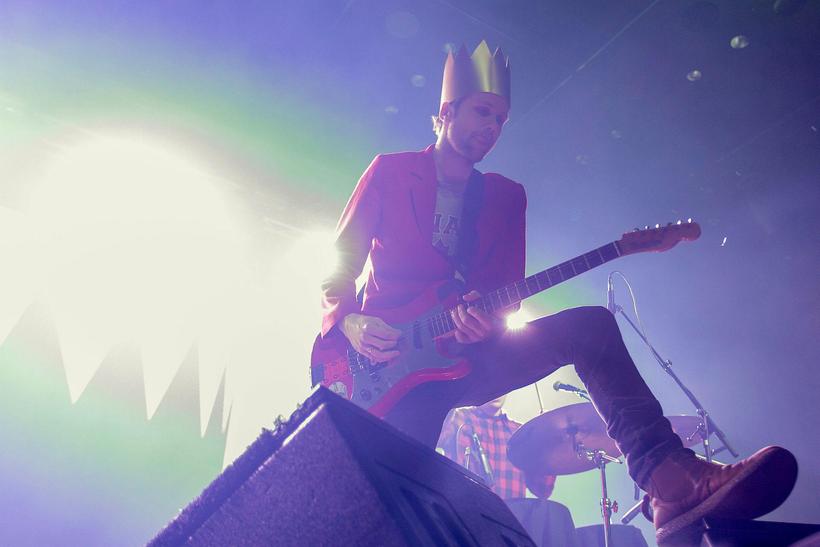 But why did the couple decide to move from Reykjavik to settle in Karlsstaðir with their three children?

„Svavar has some family here in East Iceland. His grandparents were farmers at Berunes, the farm next to Karlsstaðir, and he used to spend summers there as a child. But we didn't plan on moving here, we felt it was a bit far from family and friends. We had a look at several farms for sale but realised that here we'd get the most land for our money.  And East Iceland is a wonderful area to live in."

The vegetables they grow at Karlsstaðir got an organic certification last year and the couple grow potatoes, neeps, kale and rhubarb and are experimenting with other vegetables. Their product, Bulsur, has been widely popular in Iceland; sausages made with organic barley and beans.  Their vegetable chips, Sveitasnakk, are so popular that they always sell out.

"Bulsur are different from the important vegetarian sausages in most ways. They don't contain soya but instead we use healthy grains and seeds, such as chia and linseeds, and almond flour. Our chips, Sveitasnakk, are popular and sold in several gourmet shops in Reykjavik and around the country.  We started off by offering carrot chips, then Kale chips and the latest are our potato chips. We were told it was impossoble to try to make potato chips but we're really happy about them, Icelandic goldeneye potatoes with Icelandic sea salt.  Our chips are so popular that we're finding ways to enlarge our production kitchen."

Karlsstaðir farm is open all year round and last winter they had a lot of tourists visiting. "The people who stay with us are mostly tourists.  The Icelanders like to visit our coffee shop or attend the concerts. People come from the nearby fjords, Djúpivogur, Borgarfjörður Eystri, Höfn and Hérað. And during the summer people fly in from Reykjavik to dance in our disco barn," she explains and laughs.

"I've become really settled here and homey. When we moved here in 2014 I was a bit restless and kept visiting nearby farms or the coffee shop in Djúpivogur. Now that's really changed. I order neccessities and get them sent here, and I try to stay put as much as I can. Our youngest two are at playschool and primary school in Djúpivogur and take the school bus. Of course I sometimes go south to Reykjavik, but family and friends love to visit us and we thorougly enjoy our new role.  It was a wonderful decision to move."

To find out more visit www.havari.is

The article in Icelandic is by Bergljót Friðriksdóttir and appeared in Morgunblaðið. 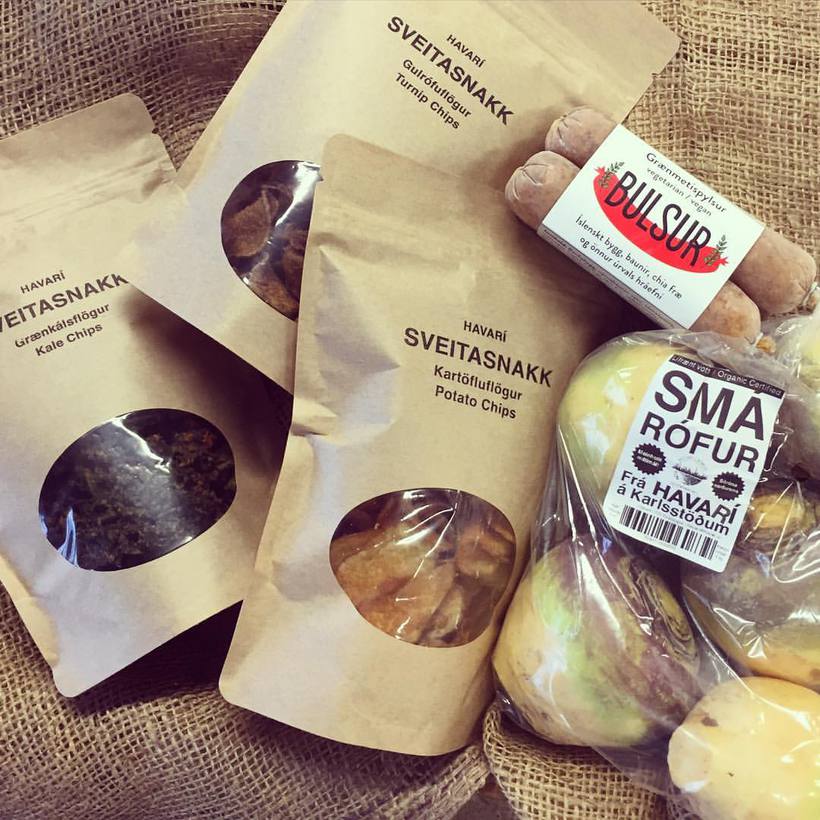 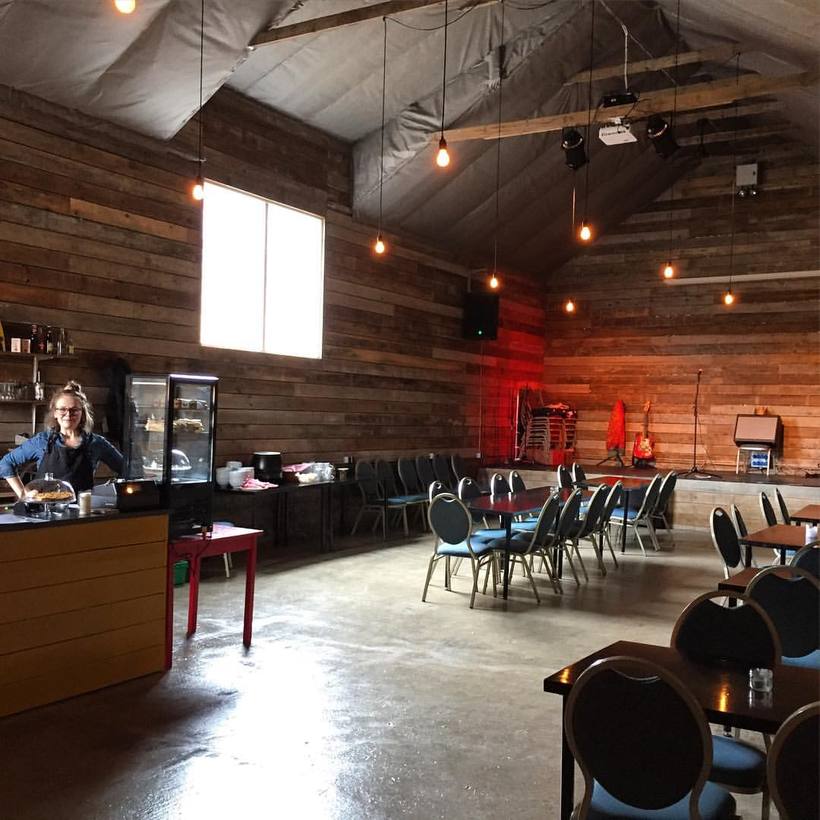 Inside the barn which doubles as a coffee shop, bar and concert venue. Photo/ Havarí Facebook page 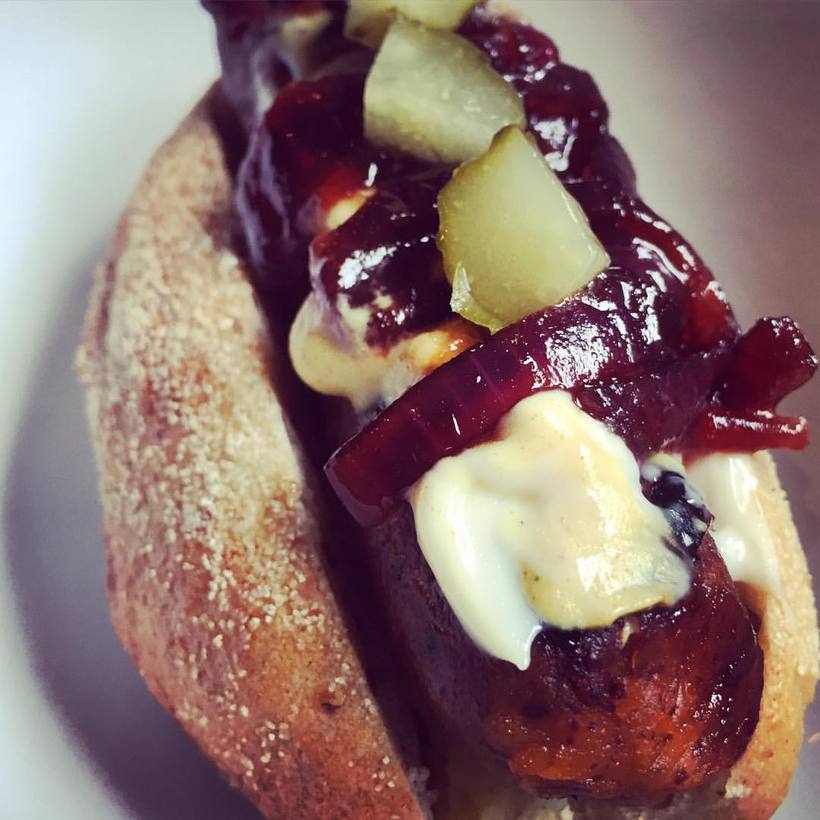