This is how the the home at Laugarvatnshellir cave used to look like. Photo: Laug­ar­vatn Advent­ure

Laugarvatnshellir is a small cave located by the Golden Circle. Almost a 100 years ago it was inhabited and now it’s being restored for people to come and see how “the cave people” lived.

“We plan to restore it to as close as it was originally as we can. Give it life again, and tell a story and show Icelandic heritage to both locals and foreigners. This is one of few caves in Iceland where people lived, not outlaws but normal people,” says Smári Stefánsson of Laugarvatn Adventure, head of this project. “Our aim is to make the cave exactly like it was when people lived there. So people can see how the two families’ life was.”

To open on 1 June

The restoration seems to be going well and the plan is to open the cave on 1 June. Recreating the home in the cave and restoring it is done in cooperation with The Cultural Heritage Agency of Iceland. Stefánsson says it’s important to work with people that are familiar with the field for the project to be successful. You can follow the process on The Cave People's Facebook site.

Shelter for sheep over the years

The cave has over the years not been an uncommon pit stop for local tourists, only a few minute drive from the Golden Circle. But as the road is pretty bad and sheep have used the cave as shelter over the last years, with smell and flies are in accordance with that, let’s just say hasn’t been the most interesting destinations in the area.

That will change now. In addition to restoring the cave a there’ll open a café there, offering traditional Icelandic refreshments. This is in line with the cave’s history, as inhabitants of the cave sold coffee and refreshments to travellers passing by.

Gave birth to three children in the cave 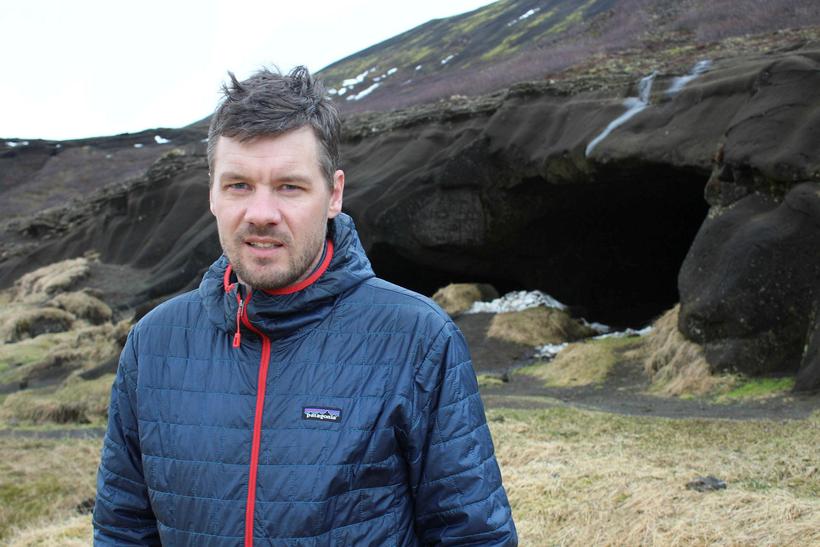