A visit to Víðgelmir lava cave is an amazing experience. Even for a local used to lava and volcanoes, this is just something different. When you stand by service house you look over this vast lava field, there is nothing else around and the calm feeling of being in the middle of nowhere comes over you.

A three minute hike or so leads you to the opening of the cave, a gaping hole in the middle of the lava field. Sturdy wooden stairs take you down to the cave, and if you happen to glance back up you can see the opening seen from below looks like a giant heart.

I didn’t know what to expect when I entered, I had visited caves before but not a lava cave. The array of colours took my breath away. The patterned ceiling of vast halls that reminded me of being in a cathedral. The lava candles and walls that looked like they was made out of melting chocolate. The icicles (as it is winter), stalagmites and everything else… it is quite something. 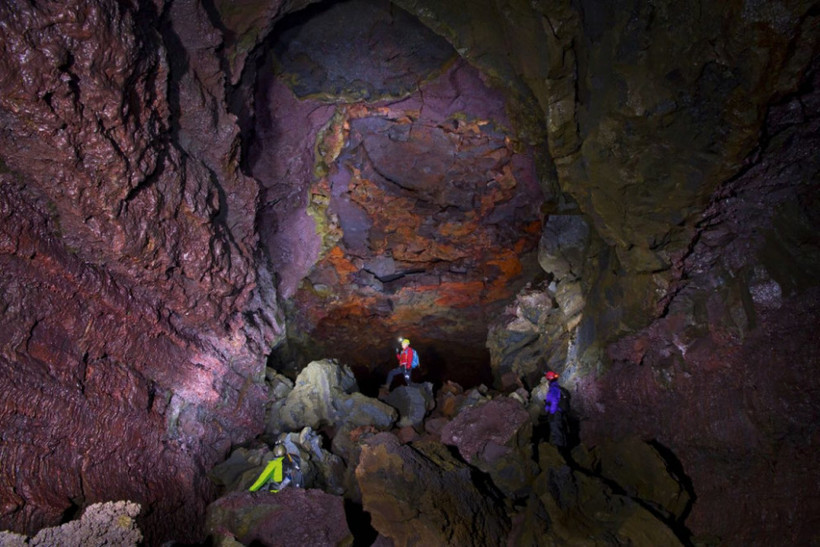 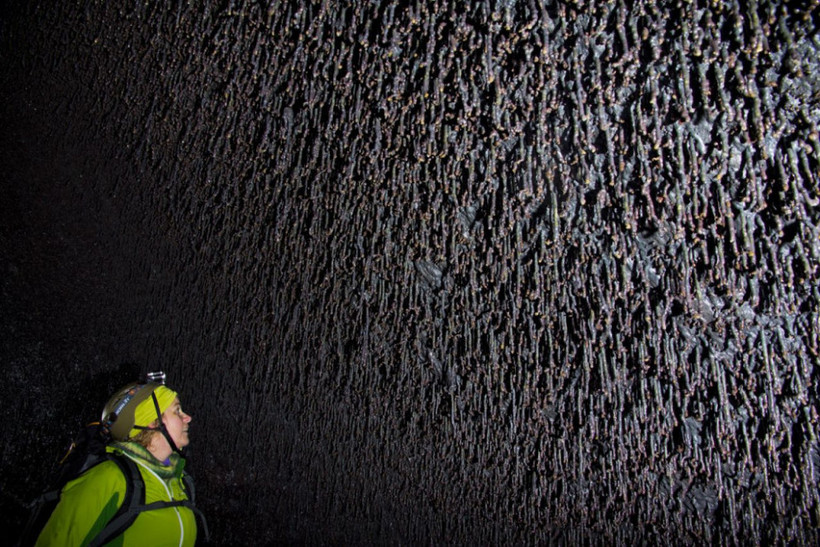 Víðgelmir was reopened last May, before that there had been few visitor to this gem. It is still unknown to many but it wouldn’t surprise me that soon it will be one of the major attractions in West Iceland.

The difference between lava caves and caves formed in other manners is considerable, according to Míó. „Yes they are both caves, but it‘s like comparing ice hockey to figure skating because they both take place on ice. There are similarities, but it‘s still completely different,” says Hörður Míó of The Cave, the company that operates tours in Víðgelmir.

Víðgelmir cave is located in Borgarfjörður, as far inland as you can get without going into the highlands, close to Langjökull glacier. It’s a short way from Húsafell, a holiday area that’s known for great weather in summer.

The roads are fine, accessible on any car. Though the last few kilometres are on a typical Icelandic gravel road which is a bit uneven. Tour operators offer trips to the cave with visits to interesting destinations here and there on the way. I happened to catch a ride with Grayline.

Accessible for both elderlies and babies

Víðgelmir is 39m under the surface at the most, and is 1585m long. The trip takes you 700m into the cave on a wooden floor. The walkway is lit up all the way to the very end, so visitors can enjoy the vastness and the colours, the helmet’s headlights don’t manage to light up.

The access is very good. On my tour there were two few months old babies, and one 4 year old or so. Last year the oldest visitor was 92 and there’ve even been people in wheelchairs to see the cave (though they had to be carried down the stairs into the cave, but the platform is pretty even after that… compared to a cave). 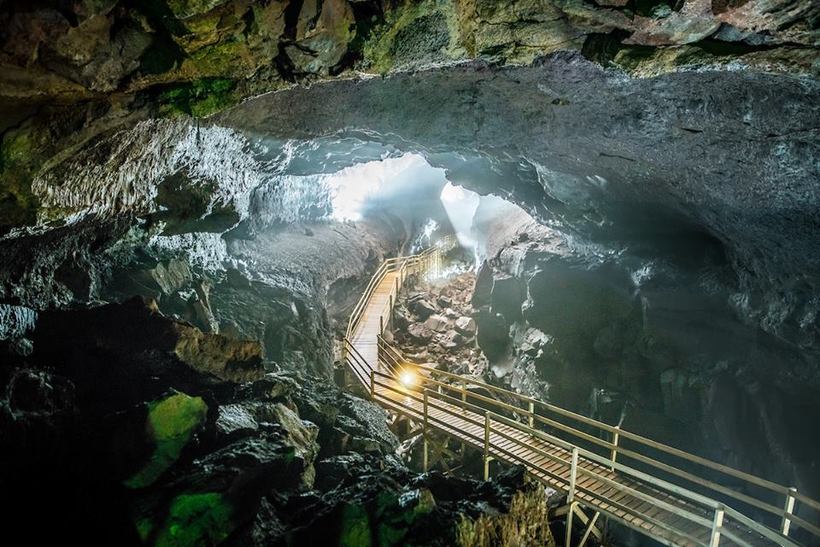 The only thing the babies didn’t care for was the complete darkness at the end of the walkway. When the tour guide asked people to sit down on a platform and all the lights were shut off, complete darkness. I loved the experience, no glimpse of light, completely blind. The babies however did not like it as much, so the lights were turned on pretty soon (parents had been warned in advance, though I doubt they thought it would bother the babies young as they were).

In volume it‘s Iceland‘s largest lava cave, though not the longest. It’s exceptionally well preserved as it was closed off for a long time, layers of ice closed off the entranced in in a particularly cold winter in 1972. In 1991, the Icelandic Speleological society broke through the ice to see the cave, and later put up an iron cate to bar intruders from entering,” says Hörður Míó CEO of The Cave, a family run company that owns the cave and the surrounding land. There used to be a farm there but the land it’s not well suited to that. Jokingly Míó refers to them as “cave farmers”. 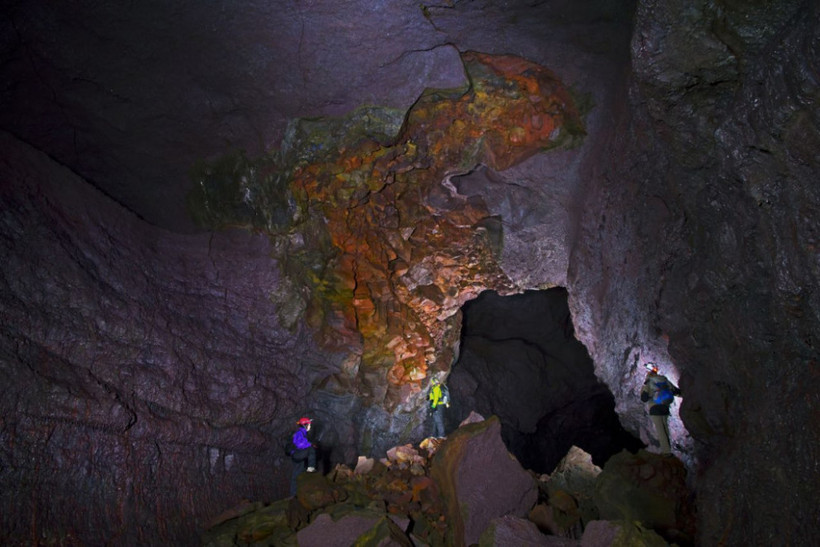 The reason why they thought it so important to close the cave, was to protect it. The lava formations are very delicate. Surtshellir, a similar cave close by and more easily accessible, is much damaged by people’s intrusion. “I don’t think people realised just how delicate and fragile the lava formations are.”

Walkway more to protect the cave than visitors

The wooden walkway was built to easy visitor‘s access to the cave, and to protect the cave from the people. „Lava caves are particularly delicate. There are lava formations in there that will brake only if they are touched. The formations are the reason people visit caves like this so it’s natural they are curious. Like Surtshellir, which is so accessible, there are very few lava formations left there. The ice that closed off Víðgelmir saved the cave.” 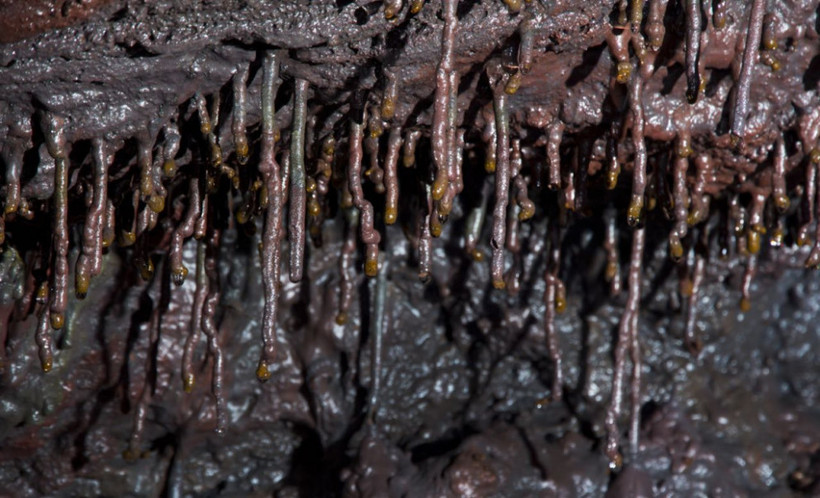 The walkway only reaches halfway into the cave. That is intentional and is not likely to change. „Deep inside the cave, further than the walkway lies and the standard trip goes, there are formations we believe it’s important to preserve. We don‘t want traffic in there,” says Míó.

The Cave offers a special tour where people can go further into the cave. It takes 3-4 hours and features more the geology of the cave, designed with geology enthusiasts or scientists in mind. 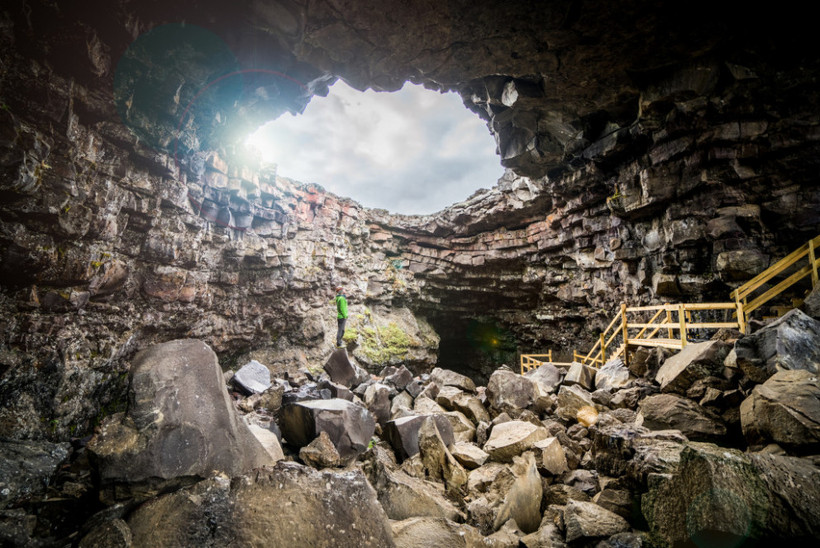 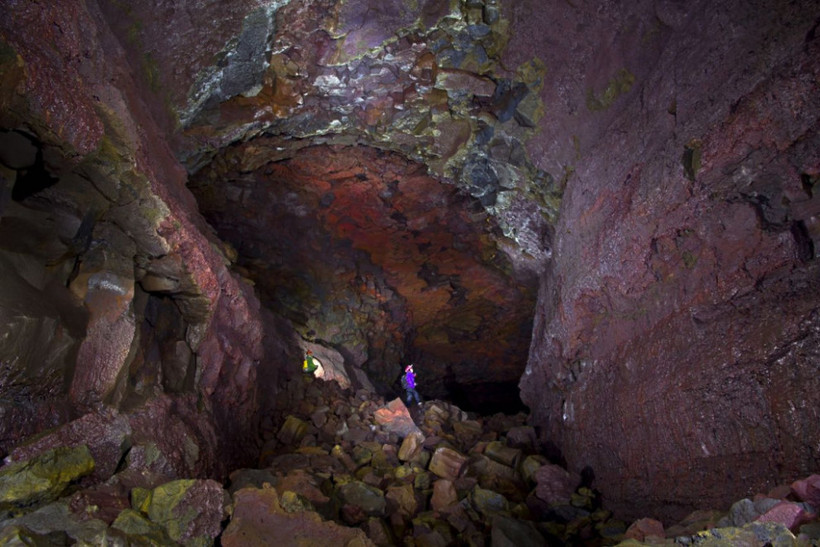