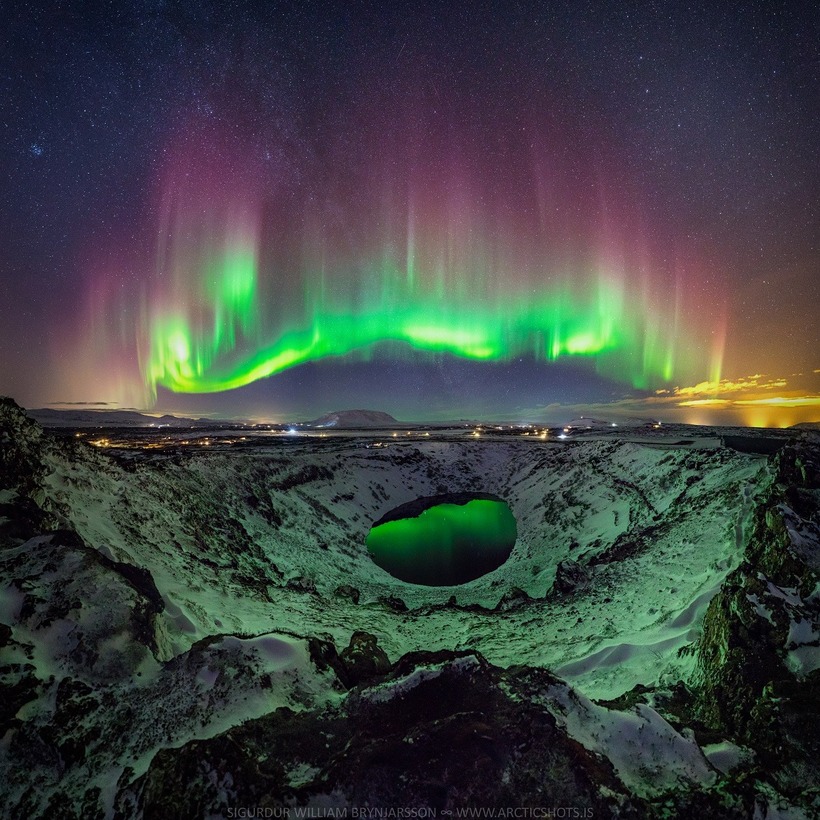 A photograph of colourful Northern Lights, also known as the Aurora Borealis, was captured over crater Kerið in South Iceland recently. The beauty of the photograph captured the eyes of the editors of the NASA astronomy website who published it as picture of the day. The photo has also gone viral on Reddit.

The photo was taken by Sigurður William Brynjarsson who explained to mbl.is that the photo was actually pieced together from several different photographs, taken at an interval of two to three minutes.

Brynjarsson, who runs Arctic Shots, a company specialising in photography trips for tourists in Iceland, took the photographs whilst on a tour with a group of people. "When I saw how great the Northern Lights were going to get I took thirteen photos myself and made them into one photo."

It's a considerable honour for a photographer to be published by NASA and this was the first time Brynjarsson's photo is published on their website. 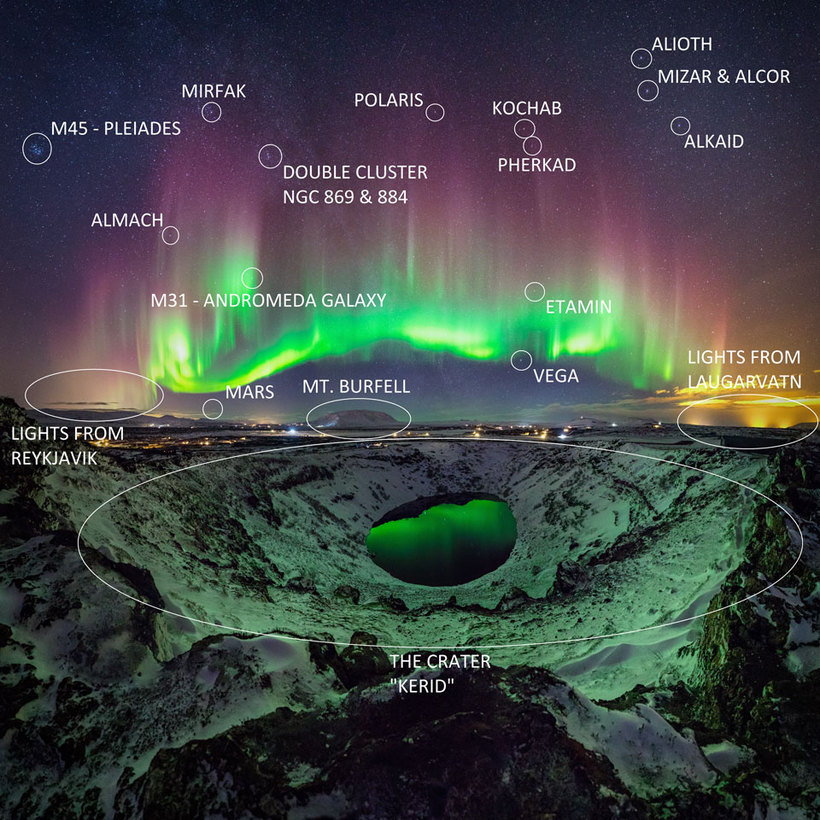 The same photo with scientific tags to explain the visible phenomena.