Iceland Silfra accident: "I watched a person die that day" 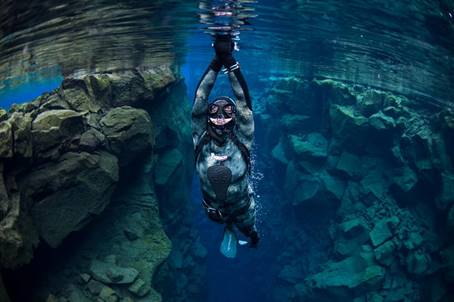 Diving in Silfra is an especially popular activity in Iceland.

One of the people diving in Silfra, a crevasse at Þingvellir national park on Sunday describes on Facebook how they watched a person die that day.

British paper the Daily Mail publishes Scott Hacker's post. He was diving for the first time at Silfra wearing a dry suit the day of the tragedy.

The woman who died whilst snorkling at Silfra l ast weekend has stirred up discussion in Iceland on the safety of diving at Þingvellir. Nine serious accidents, including four deaths , have occurred at Silfra in the past seven years. 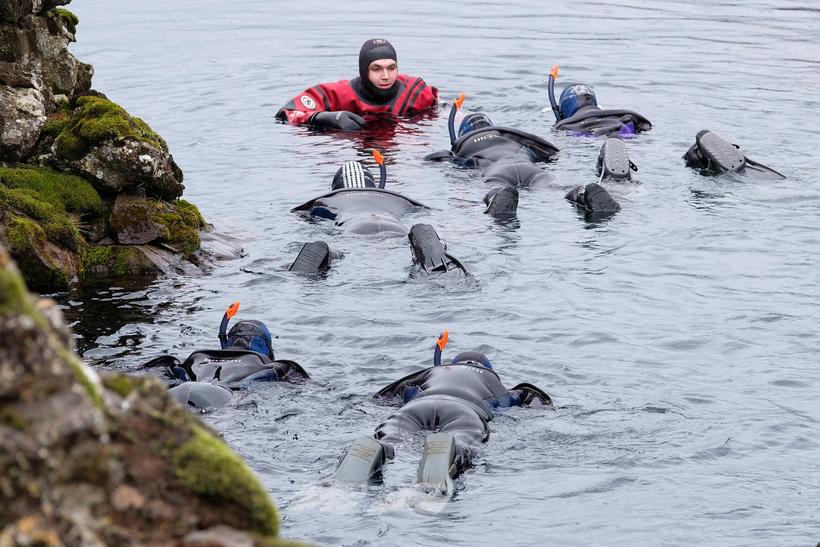 A tour guide with snorkellers in Silfra. mbl.is/Kristinn Magnússon

Some people abandon their diving trip once they go into the water, either because they panic or because they feel unable to to do it. In some cases people suffer from water phobia because  they can't swim.  Snorkelling trips in Silfra do not require proof of  swimming skills.

The Iceland Transport Authority has issued an injunction on diving and snorkeling in Þingvellir National Park stressing rules for safety and equipment.  However, it is the responsability of tour operators to make sure that safety rules are followed.