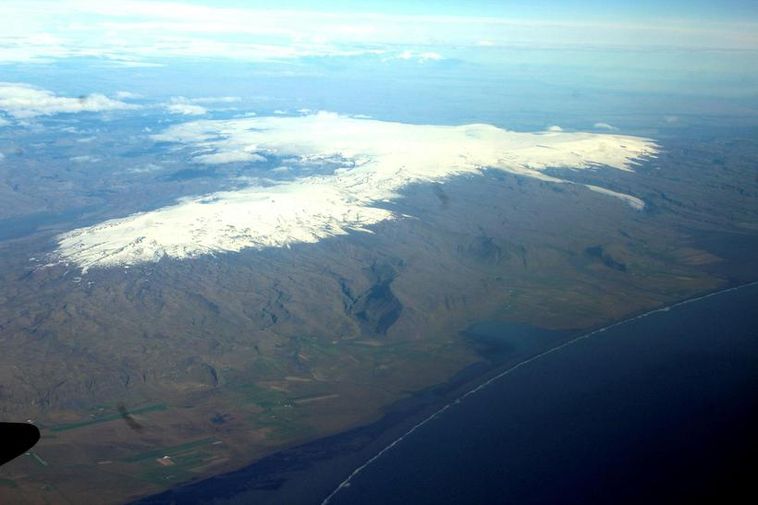 Mýrdalsjökull in the distance where Katla is located. Eyjafjallajökull is closer on this photograph. mbl.is/Sigurður Bogi Sævarsson

"Katla has been showing this kind of behaviour for as long as we know. There is always seismic activity in Katla but some years show more unsteadiness than others," says geophysicist Páll Einarsson speaking with Morgunblaðið.

As previously reported, scientists now believe that there's a greater likelihood for an eruption in Katla. Tour operators are stepping up their response plans.

"There's certainly been unrest in Katla in previous years but this is turning into the most unrestful year," adds Einarsson.