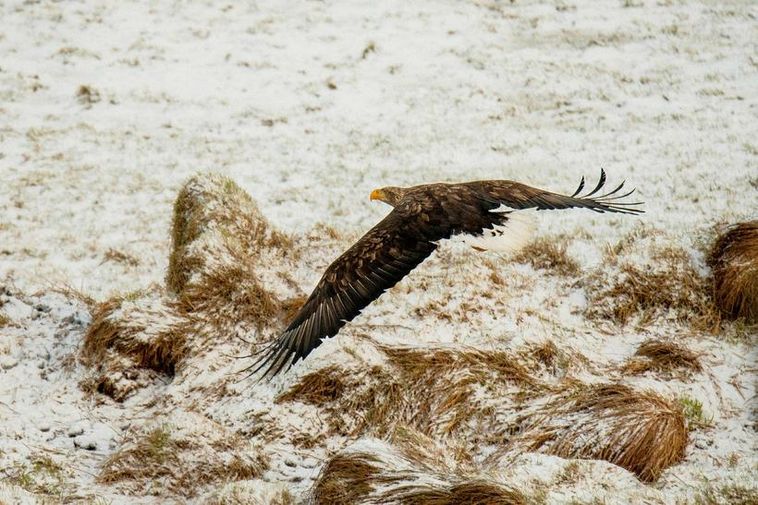 A majesti sea eagle flying over Blönduós in North Iceland. Photo/Höskuldur B. Erlingsson

"A sea eagle flying is such a majestic sight that one is filled with a deep respect," says police officer Höskuldur B. Erlingsson in Blönduós, North Iceland. He and many other locals spotted the bird flying over town.

Erlingsson followed the sea eagle, which was a particularly large specimen, a little up from town and was abe to photograph it. "It's a fully grown male judging by the white feathers in its tail," he explains. "It's unusual to see a sea eagle flying in the middle of town."