The Icelandic habits that shock foreigners 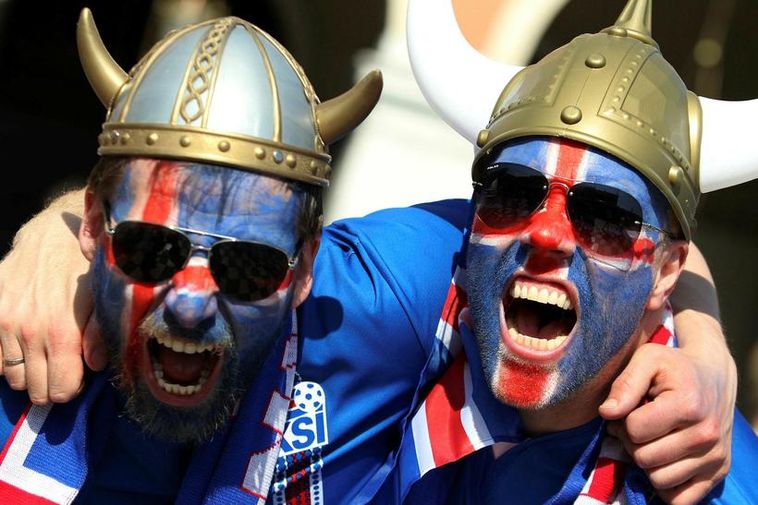 Among the strange habits of Icelanders that evoke curiosity and even disgust among foreign visitors to the country are sniffing loudly, hacking up phlegm, awful dining habits and not saying excuse me.

The Sunday edition of our sister publication, Morgunblaðið,  features an entertaining article on the disgusting habits of Icelanders compiled by journalist Júlia Margrét Alexandersdóttir and is translated here on Iceland Monitor.

A foreign tourist made a query on a Reddit thread asking about any unusual customs that Icelanders have. Amongt the pieces of advice he received were: Sniffing instead of blowing his nose and remembering to take of his shoes before entering a home. Those two things were considered manners in Iceland whereas elsewhere this is considered most impolite.

Icelander Albert Eiríksson is an enthusiast on good etiquette. "Through my work in the travel business and talking to tour guides I regularly hear stories of Icelandic bad manners," he explains, adding that he thinks Icelanders have also improved their manners in recent years.

On using a toothpick after a meal in front of everyone

"But. There's always that but. Mostly these things are connected to table manners. Like reaching for food across other people instead of asking someone to pass it along. People find that quite extraordinary, how we reach so far across other peoples plates and glasses. Others find it really disgusting to see us using a toothpick to pick bits of food out of our teeth immediately after finishing a meal, in front of everyone. And also, how incredibly fast we eat. We literally shovel the food into our mouths as if we had our lives at stake. We also still talk with our mouths full which may also be a part of getting the eating over with as soon as possible. Another thing people have noted is that Icelanders sometimes stick their knives into their mouths which is considered very odd."

On receiving a dinner invitation

"Many foreigners who have lived here for ages talk about how a few years ago Icelanders normally didn't bring wine to a dinner party. This however is now considered normal. A bottle of wine, flowers or something else," Eiríksson explains.

Another thing considered odd is seeing people leave the table before others have finished. Everyone takes their plate to the kitchen and in the end only one or two people remain seated at the dinner table. "Another unique thing in Iceland is to say, "Takk fyrir mig," which means "Thanks for me," - thanking for the meal.

Icelanders tend to obtain their second serving of the meal without it being offered and it's quite common to see Icelanders sniffing, or scratching themselves during dinner.

"We're not very good at saying sorry if we bump into someone at a supermarket and people find the phrase, "Takk fyrir síðast" - thanks for last time, very weird. People are always saying that. Why are we always thanking for some last time and what last time? Foreigners just don't get the purpose of that."

Writer Þórdís Gísladóttir has a strong connection to Sweden after having studied there and she says the Swedes are perplexed by the extreme disorganisation of Icelanders and lack of routine. Swedes are also not used to people interupting them mid-conversation.

"In my family everyone just talks at the same time but the Swedes don't do that. And in Iceland, it's not considered rude to turn up late. Swedish people don't do that. A Swedish doctor apologised to me for having to wait twenty minutes. He even explained to me why our appointment had been late and had a really good excuse. That would never happen in Iceland."

Writer Birna Anna Björnsdóttir who has lived in New York for many years says she has warned US friends visiting Iceland that Icelanders never apologize or say excuse me if they bump into you. "If you bump into someone here in the US or even think you may have bumped into someone you apologize. No exceptions. In Iceland people just keep bumping into each other on the street or shops or anywhere and either they don't notice or they just look away."

A modest amount of cultivation

Philosopher and author Arth­úr Björg­vin Bolla­son has lived in Germany for many years. "I think Germans consider us a modestly cultivated nation, still bearing the mark of our ancestors who were still living in homes made of turf and soil until the last century. And it's actually that kind of primitive attitude, combined with a primitive and untethered energy that they find charming."

He adds that Germans notice that Icelanders are more creative than in other countries where life is more organised.  One thing Germans particularly note is the way Icelanders drive.

"Anyone who has driven on a German autobahn (motorway) knows that one has to follow a strict set of rules. The slightest refrain from those rules could end up as a terrible accident. When Germans drive in Iceland they realise that it can actually be dangerous to try to adhere to traffic rules. They have to be on constant guard  because Icelanders cut people up in traffic all the time. And another thing they find terrifying are all those cyclists without lights or helmets riding around in the darkness of winter."