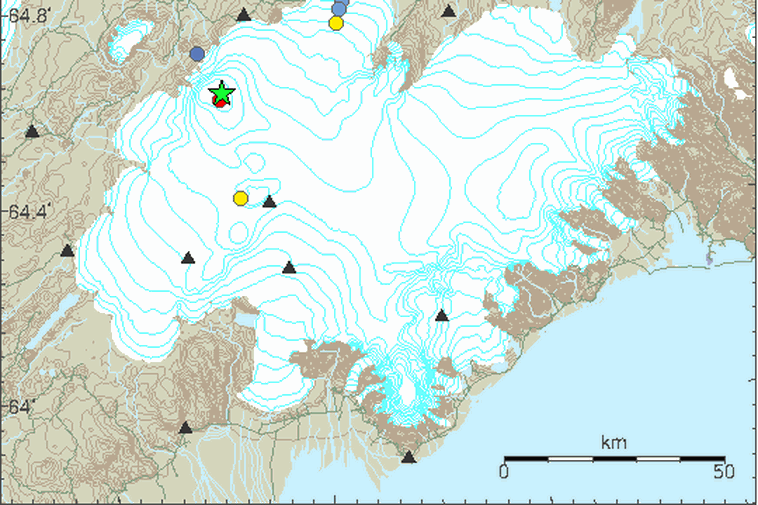 An earthquake of a magnitude of 3.5 was detected 2.9 km East-South-East of Bárðarbunga, where the 2014- 2015 eruption occurred.

Around one minute later another earthquake measuring 2.3 was detected close by.

Over 400 earthquakes were measured using the SIL system at the Iceland Met Office last week, a similar number to that of the week before.