Following a fresh series of tremors at Katla in South Iceland this lunchtime, the Icelandic Met Office has raised the status of the famous volcano on its ‘Aviation Colour Code Map for Icelandic Volcanic Systems’ from green to yellow.

“An intense seismic swarm is ongoing since yesterday morning (29 September) at Katla volcano. An intense pulse, the largest one if compared with the previous activity, started today at 12:02 (30 September) with several earthquakes around magnitude 3 or larger,” reads the website.

MORE: Greatest frequency of earthquakes in Katla since 2011

“No seismic tremor has been detected until now in the caldera. Due to the unusually high level of unrest at the Katla volcano we rise the aviation colour code from green to yellow.”

A description of the colour codes is given below. 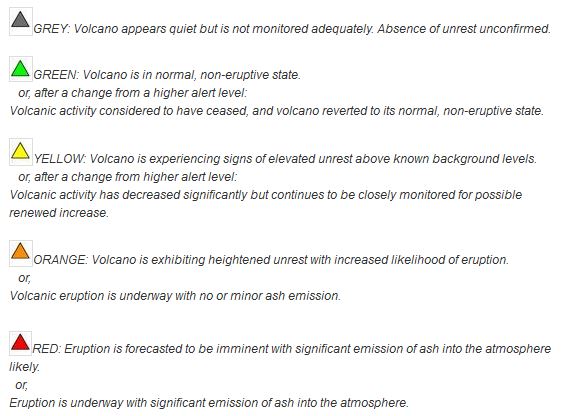