A moon bow meets the Northern Lights in Iceland 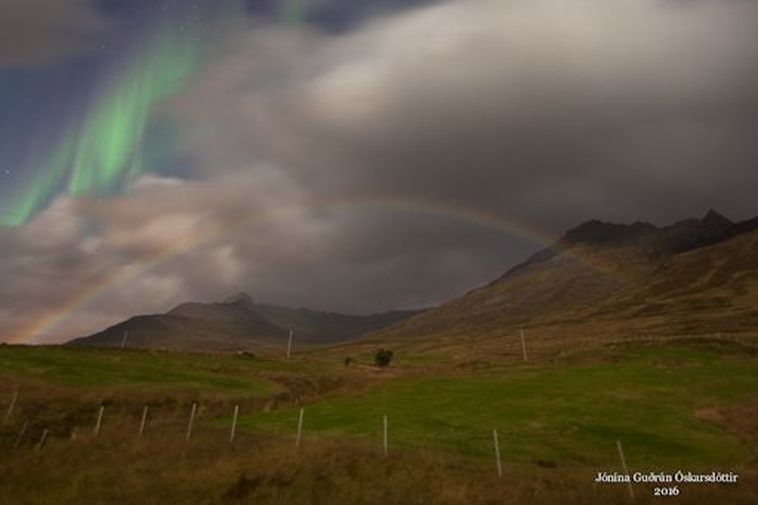 The photograph was taken by Icelander Jónína Óskarsdóttir in Fáskrúðsfjörður. Screenshot/ Spaceweather.com

As reported on Spaceweather.com, a moonbow in Iceland among the Northern Lights was captured in a stunning photograph from Fáskrúðsfjörður in the East Fjords.

Icelander Jónína Óskarsdóttir captured the Northern Lights on camera as well as a moonbow.

A moonbow is a rainbow produced by moonlight instead of sunlight and the only difference in how it's formed is the light source. Moonbows are much fainter than solar raimbows and because the light is too faint to excite the cone colour receptors in human eyes, it's difficult to discern its colours.

In long exposure photographs however, its easier to see the moonbow's colours.