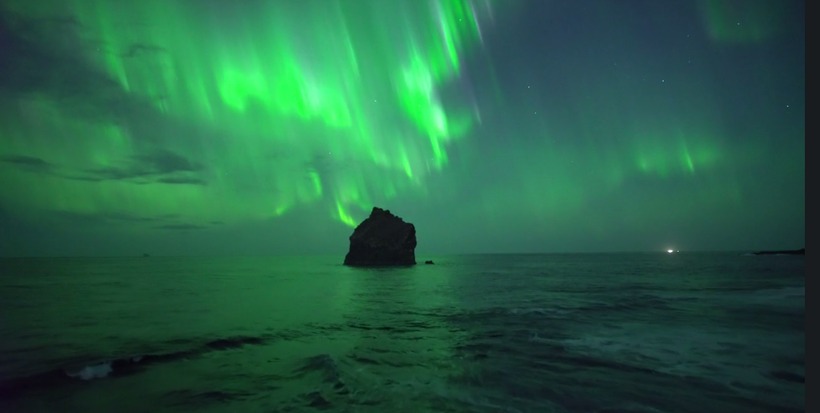 The Northern Lights were captured in Reykjanes using a drone. Screenshot//ozzophotography.com

On Tuesday, spectacular Northern Lights could be observed in Iceland. This film shows the majestic dance of light in a real time video.

The almost constant daylight and warmer temperatures during the summer make it impossible to observe the phenomenon but in August the night is quickly getting darker again.

Filmmaker Óli Haukur Mýrdal captured the film below on Tuesday night when the Northern Lights made a spectacular dance of light across the sky.

"I had spotted vague Northern Lights on August 2nd and August 9th but last Tuesday they were very bright." Mýrdal, who has been filming Northern Lights for years, decided to use a new technique this time and employed a drone carrying a Sony A7s2 camera.

What's so unusual about this footage is that it's not presented in a timelapse, but in real time.

The Northern Lights are back!