Lakagígar are an example of geological formations identical to those found on Mars. Mbl.is/ Brynjar Gauti

The central highlands of Iceland are a unique analogue of the planet Mars on earth according to Canadian volcanologist Christopher Hamilton who is working with the NASA HiRise team.

He believes protection of the central highlands is crucial and that the area will become increasingly valuable with the passage of time.

Hamilton first arrived in Iceland in 2002 and has cooperated with many Icelandic scientists throughout the years. He worked at NASA's Goddard Space Flight Centre and now works as an assistant professor at the University of Arizona as well as a part of the NASA HiRise camera team which is on board the Mars Reconnaisance Orbiter satellite which has been on a Mars orbit since 2006.

The HiRise is able to capture incredibly exact images of the red planet's surface, images used for research on the geology of Mars, changes to its surface and selecting landing sites for spacecraft. He discussed how the Icelandic highlands help with understanding geological formations found on Mars.

Speaking to mbl.is, Hamilton says that it's primarily Iceland's volcanic activity and the interaction between fire and ice which makes Iceland a unique analogue of Mars, something that no other place on Earth can offer. But to understand volcanic activity he explains, one has to look at much larger eruptions, which seldom occur on Earth.

Large eruptions have taken place in Iceland over the past centuries, such as in Lakagígar in the 18th century and the recent Holuhraun eruption. Hamilton says that the lava flow from these Iceland eruptions is much greater than for example, eruptions in Hawaii. 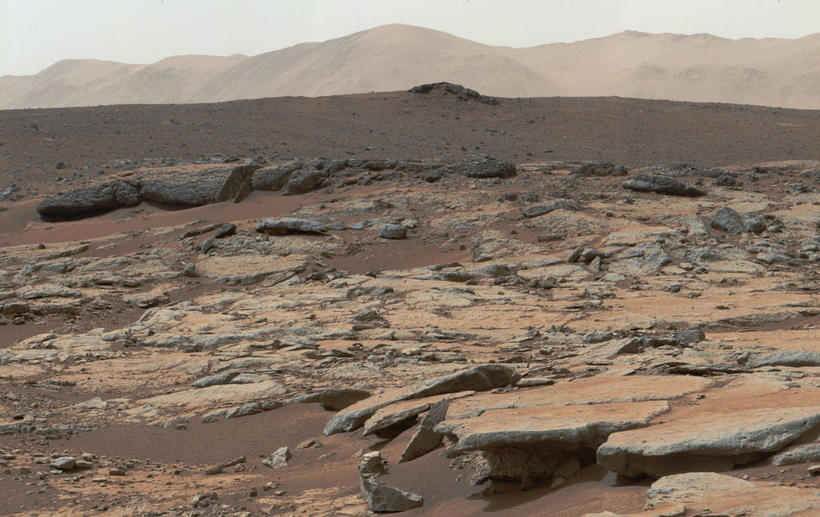 The Gale crater on Mars looks very much like a place in the Icelandic highlands. This photo was taken by Curiosity in September 2013. NASA/JPL-Caltech

„These eruptions are so large that they're actually filling entire valleys. They move through and completely inundate the landscape and we refer to those as flood lava eruptions. On Mars, the volcanic eruptions are similarly so large that they just extend out over vast areas and are blocked by mountain ranges, valleys and other kinds of structures. They end up becoming more like lava seas or ponds which will fill and then spill into the next reservoir. That style of activity only occurs when you have a very large eruption in topographic confinement. We've been learning a lot about this unusual type of lava which you'd just never find in another place. You wouldn't find it in Italy or Hawai, but in Iceland these large fissure eruptions that happen every few hundred years really are our best window into understanding the mega-eruptions that have affected Mars' history.“

The HiRise team came to Iceland last autumn and travelled around the highlands, to conduct research and take various measurements. Hamilton explains that the reason for the Iceland mission was to find similar landscapes in Iceland as seen on Mars and to understand the geology behind them.

The volcanic activity on Mars took place mostly in the very distant past, gigantic eruptions billions of years ago. Although it's a dry, cold desert planet today, in the past, conditions were warmer and more humid when its atmospheric layers were thicker. It is likely that oceans, rivers and lakes were found on its surface forming the landscape on Mars that we see today. Hamilton adds that the multitude of Mars valleys resemble those in Iceland's highlands greatly and that perhaps Mars looked like the Icelandic highlands in the distant past.

„I think that certainly a lot of the earlier stages of Mars' history when the hydrological cycle was more vigorous actually would be well represented by the highlands. But that period of Mars' history you'd be going back in excess of three billion years, " says Hamilton. 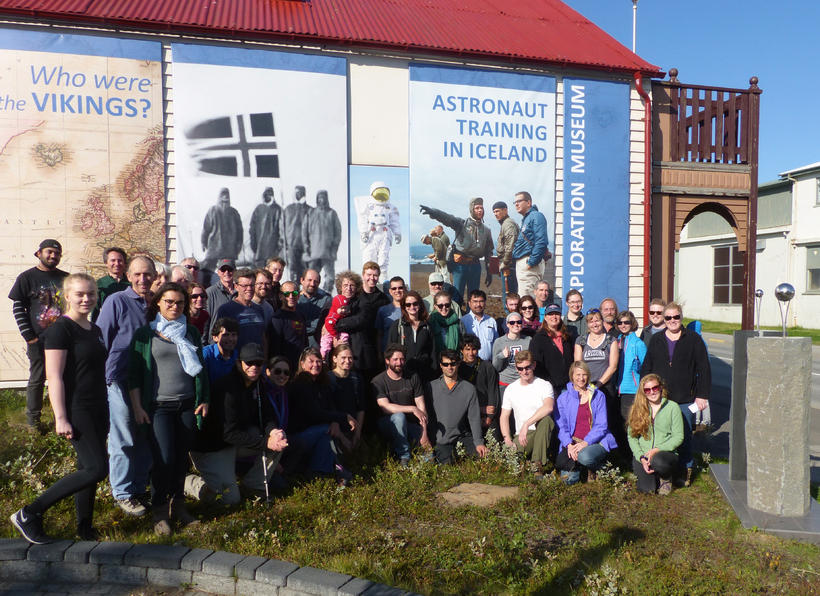