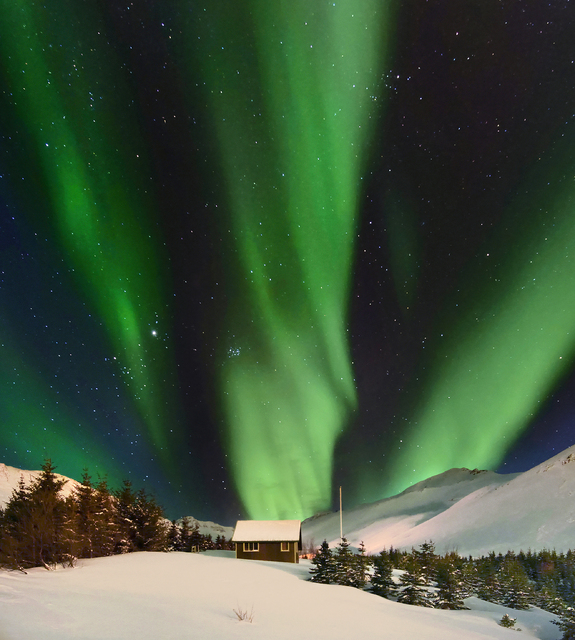 A tourist intending to drive from Keflavik International Airport to a hotel in the centre of Reykjavik accidentally drove all the way to the remote town of Siglufjörður, North Iceland because his gps navigation device led him there.

The confusion was between Laugavegur in the centre of Reykjavik and Laugarvegur in Siglufjörður, the latter bearing an extra letter R which the tourist had typed in by mistake.

This story is shared on Facebook on travel industry group Bakland Ferðaþjónustunnar by the friend of a lady in Siglufjörður who came to the man's aid.

In the original post the lady from Siglufjörður writes that shortly after midday her doorbell rang. At the door was a man holding a piece of paper who asked her politely whether he was at the right address, showing her an address on the paper.

"I read the address and I suppose he was in a way at the right address, except he was in Laugarvegur in Siglufjörður, and not Laugavegur in Reykjavik. I asked him where he was driving from. He told me he was driving from KEFLAVIK INTERNATIONAL AIRPORT! I just stood there, speechless. I asked him if he was joking. But no, the poor guy, who had arrived on a flight from New York had booked a hotel on Laugavegur in Reykjavik and typed in the address into his GPS which led him all the way north to Siglufjörður. "

The mistake was a simple one, an extra letter R had ended up in the address of the hotel. "I invited the man inside, I called his hotel in Reykjavik to change his booking and then sent him to Hótel Sigló where he was well received," writes the lady. "I hope to God that the rest of Iceland trip was without further mishaps and that he enjoys his stay." 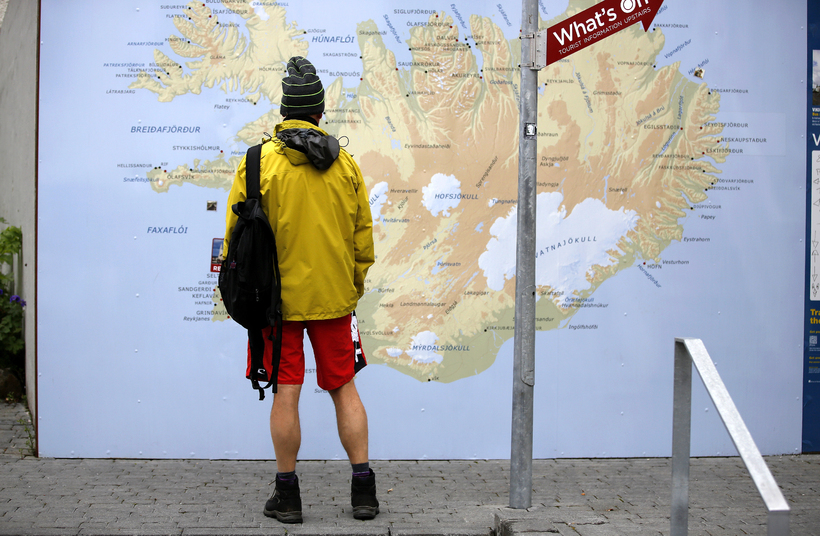 Siglufjörður is kind of near that What's On sign in this photograph whilst Reykjavik is approximately the bottom half of the man's backpack. Mbl.is/ Eggert Jóhannesson