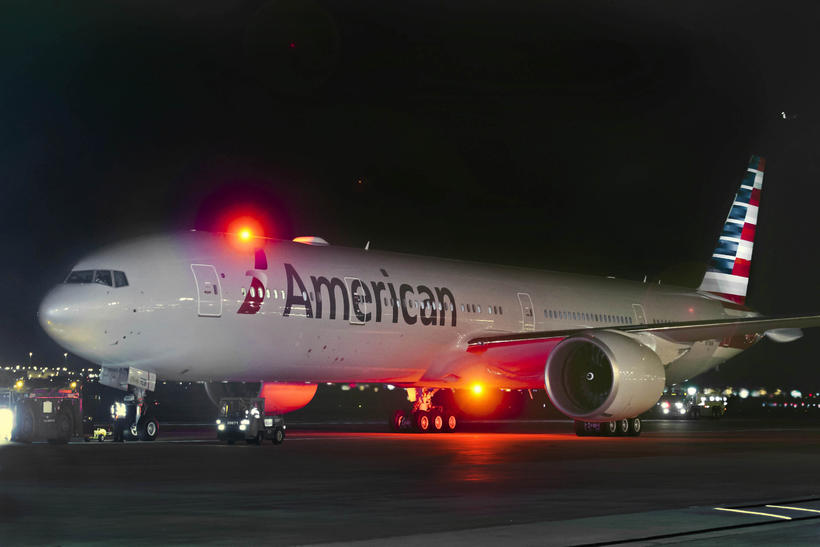 The aircraft was a Boeing 777 of the type shown here. Photo: American Airlines

Mystery surrounds the cause of a sudden illness which hit passengers and crew on an American Airlines flight from London to Los Angeles yesterday – and why the decision was taken to fly three hours back to London instead of landing in nearby Iceland.

The flight was 1,600 miles into its 5,500-mile journey when six crew members and two passengers suddenly fell ill, according to the Daily Mail, which gives a detailed account of events on board Flight AA109.

Food poisoning and poor air quality are mentioned as possible causes of the illnesses, but nothing has been confirmed by American Airlines.

What is equally baffling at this stage is why, with six crew members ill, the flight crew decided – after having declared a medical emergency – not to land at nearby Keflavík International Airport (KEF) but to make the almost four-hour journey back to London.

Passengers are quoted by the Daily Mail and the Mirror Online as wondering why Iceland was not chosen as an emergency landing location. Sources from KEF Airport operator Isavia report that Icelandic air-traffic control offered the captain the possibility of landing in KEF, but that this offer was refused.

The area where Flight AA109 turned round can be seen on the map below. 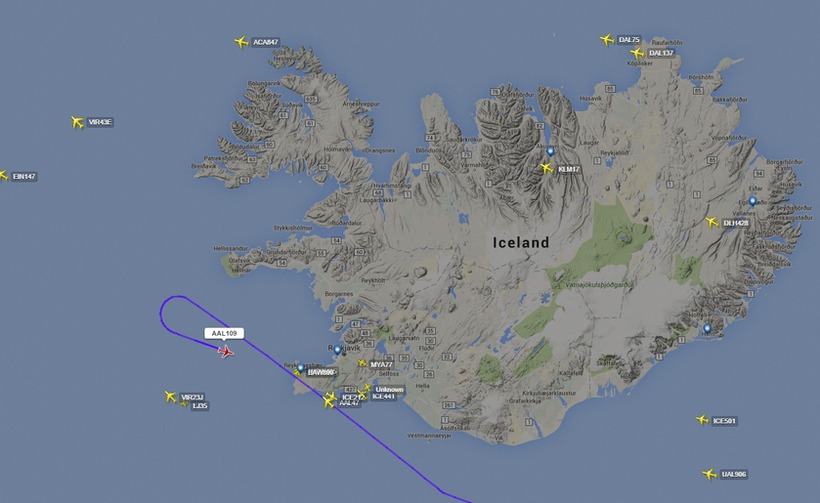 The flight was a matter of miles from KEF when it turned round. Photo: Twitter - @flig­htra­dar24