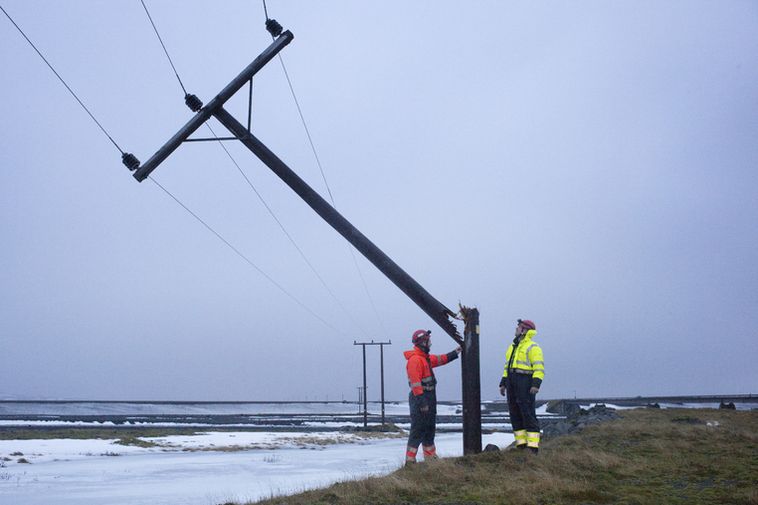 This is just some of the damage caused over the last couple of days in Iceland by one of the biggest storms in recent decades.

The strength of the winds seen in Iceland, especially in southern parts, is clear from the selection of photos above. As an indication, the large bales of hay wrapped in white plastic – which weigh hundreds of kilos each – were reportedly “thrown about like dice”.

Mercifully, there are no reports of any human injuries caused directly by the storm. Material damage is, however, considerable with Icelandic electricity company Landsnet alone reporting over ISK 100 million (approx. €700,000) worth of damage caused to its transmission system.