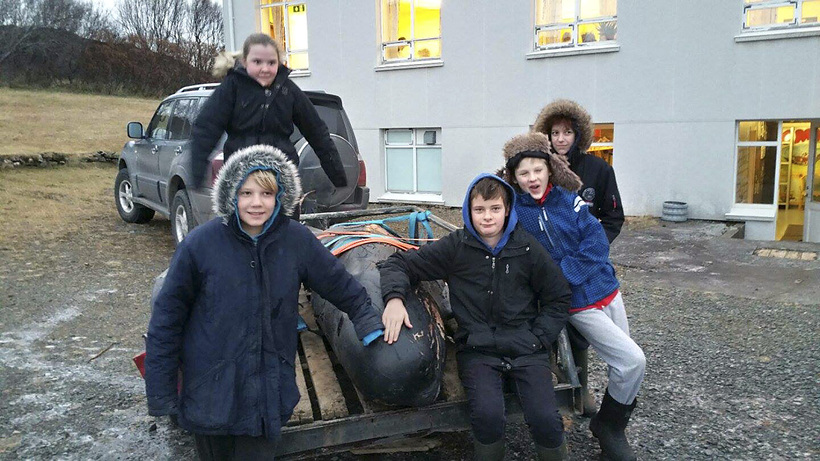 Children in primary schools around the West Iceland fjord of Borgarfjörður received an unexpected real-life zoology lesson last week when a former teacher turned up with the corpse of a beached pilot whale.

Ingibjörg Daníelsdóttir immediately thought of her former pupils when a pilot whale washed up on land in North Iceland owned by a neighbouring farmer. She asked to borrow the animal, strapped it to a trailer, and toured three local primary schools and a nursery school.

The timing was particular opportune for one of the schools as the youngsters were studying the topic of whales at precisely that time.

The children were able to touch the animal and ask questions about the life of whales. “Did you kill the whale yourself?” was the wide-eyed question Daníelsdóttir received from one of the children.

School authorities welcomed the initiative and were very accommodating in letting the children take time out from their usual school timetable. Each class got twenty minutes with the whale, with guidance from biologist Þor­björg Val­dís Kristjáns­dótt­ir, who teaches natural sciences at one of the schools visited.

The whale is 4.5 m long and is thought to be a female and advanced in years. 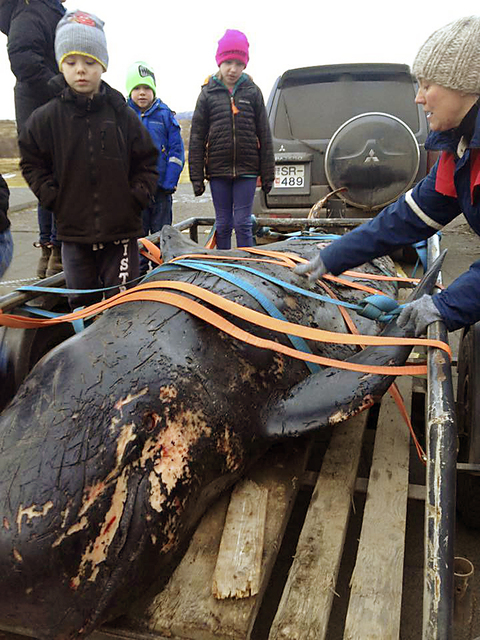