Martin Schulz takes it to the edge when he photographs Hrafnbjargarfoss waterfall.

Photographer Martin Schulz is a true friend of Iceland. He has visited the country 15 times and he has photographed Icelandic nature and landscapes in different seasons and his photographs have been featured regularly in Icelandic media.Now, a selection of Schulz´s pictures is being published in a limited edition high quality photo book called ´Icelandic Seasons´ and available for order on the crowdfunding site Karolina Fund.

“Right from my first trip I was under the spell of this island," says Schulz of the project. " I have never experienced so many different landscapes in such a small space. Fire and ice among stinted beauty, endless range, rugged tracks and lovely valleys. Iceland offers all of this. After a tour around the island I came back several times to explore the more hidden parts of Iceland, far off the beaten tourist tracks from the shore up into the highland interior." 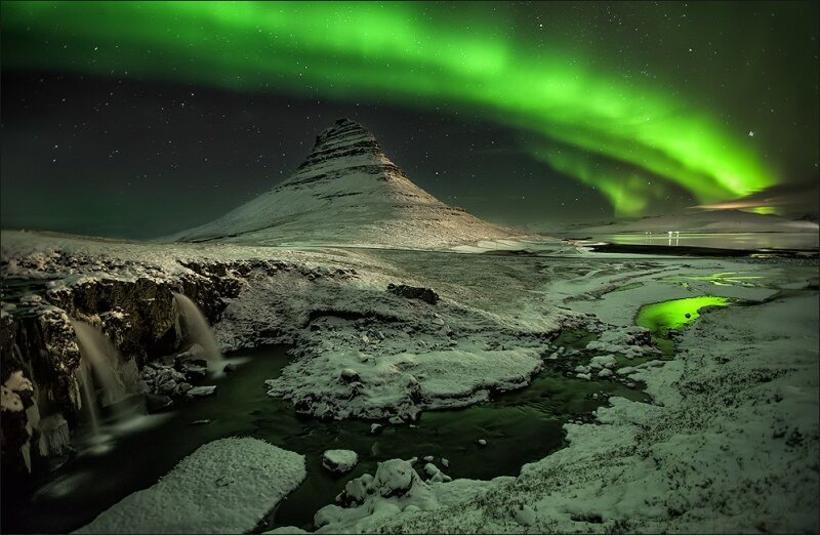 Mount Kirkjufell lit up by a starlit sky and the northern lights in the dead of winter. Photo: Martin Schulz

Icelandic Seasons, which is in three languages, English, German and Icelandic, will feature numerous Icelandic gems of nature such as Öxarárfoss waterfall at Þingvellir, Brúarfoss waterfall and the eruptions in Holuhraun and Eyjafjallajökull. The book will have photographs from the Snæfellsnes peninsula including Búðir, Arnarstapi and the mountains Stapafell and Kirkjufell. It also features the lava formations Gatklettur, Lóndrangar and of course the magical Snæfellsjökull glacier itself. For those who are keen on the Icelandic highlands, it will contain pictures from the highland area around Landmannalaugar and Kerlingarfjöll mountains.

Martin has ventured to the the South East of Iceland and in the book there will be pictures from the magical area of Vestrahorn and Jökulsárlón glacial lagoon with its small neighbour Fjallsárlón. The black lava beaches of Breiðamerkursandur, the Skaftafell National Park, the lava field Eldhraun, the area around Leirhnjúkur, the waterfalls Goðafoss, Aldeyjarfoss and Hrafnabjargafoss waterfalls  will also be shown in their full glory. Finally, the book will feature the hidden waterfall Gljúfrabúi, Dimmuborgir and the impressive gorge of Fjaðrárgljúfur. 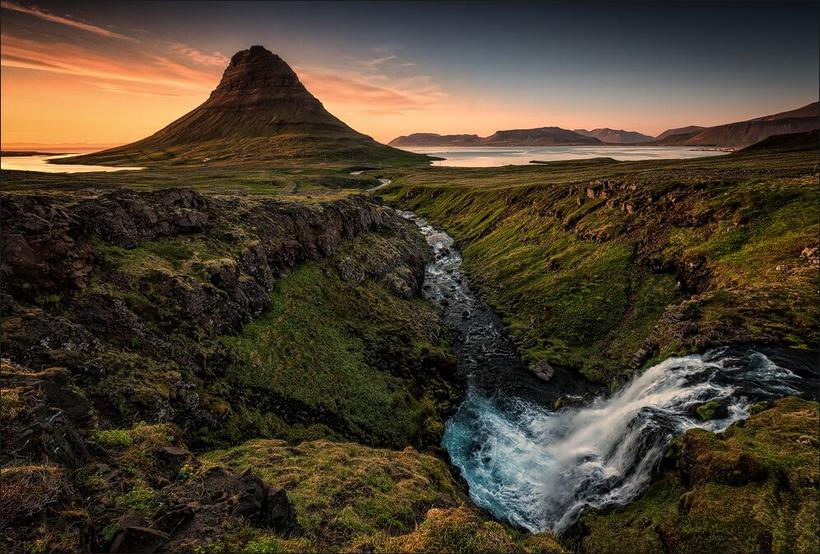 The publication is a joint crowdfunding project between Martin, Jón Heiðar Þorsteinsson, the editor of travel website Stuck in in Iceland and  designer Aðalheiður Ormarsdóttir.  The limited edition photo book is available on the crowdfunding site Karolina Fund and will be delivered to those who pledge their support for the project and it reaches its goal of €15K 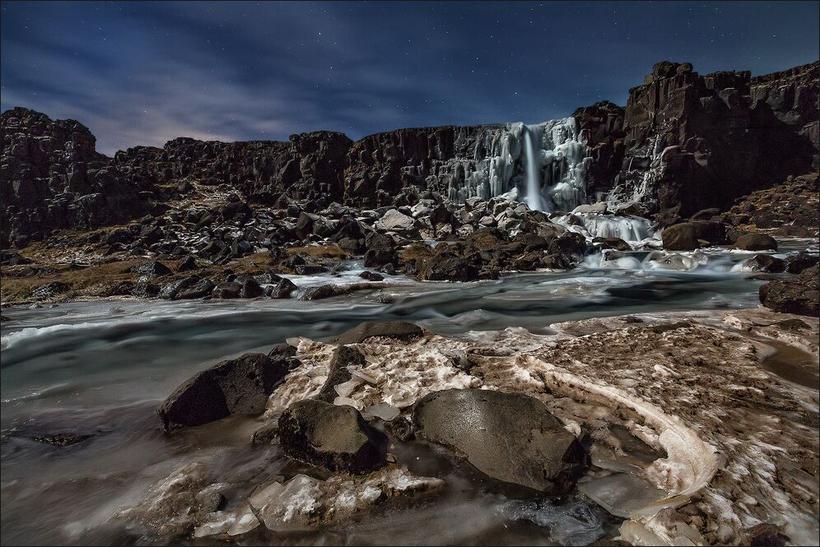 “Martin has this unique perspective of my home country that I find unmatched. I have run and edited the online travel magazine Stuck in Iceland for over three years now and seen a lot of high quality photography from Iceland from people all over the world but Martin´s persistence in photographing both iconic and lesser known Icelandic locations in different seasons is only matched by his artistry and photographic skill. Since I first saw his photos I have made it my mission to have them published in a high quality photo book. I look forward to realize that vision with the help of people from around the world,” says editor Jón Heiðar Þorsteinsson. 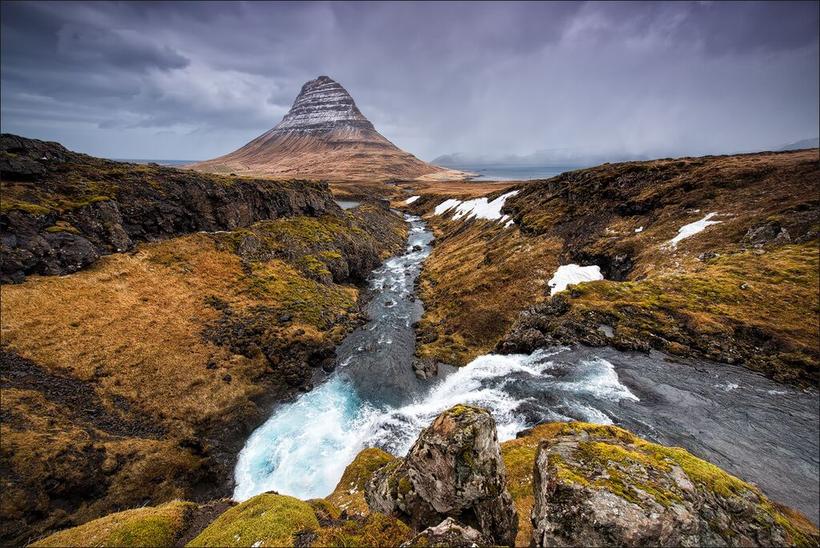 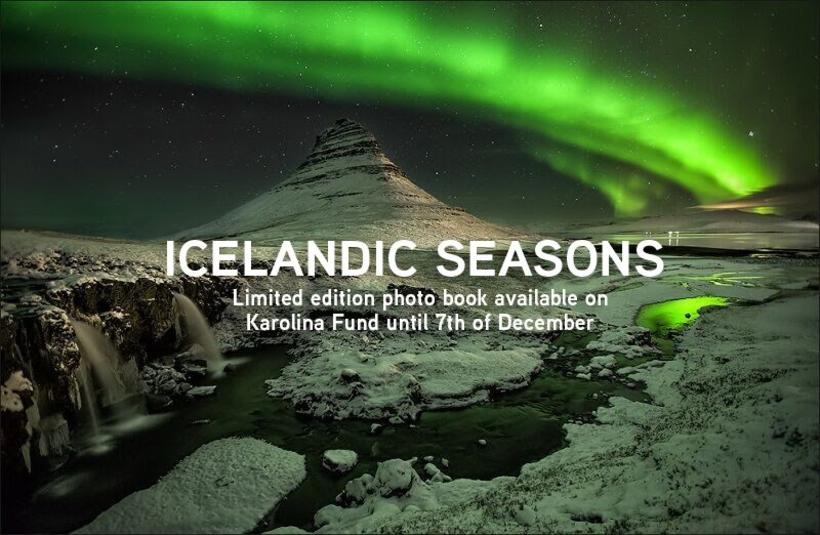