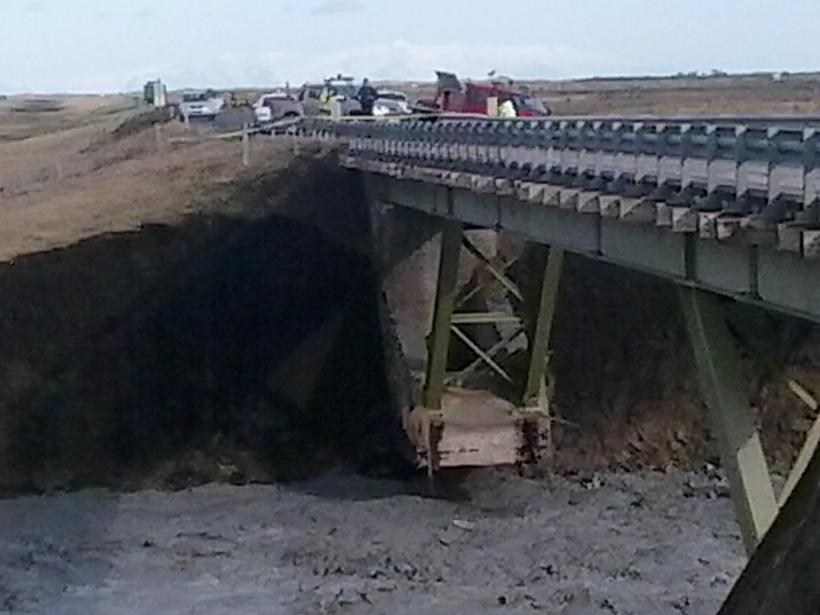 The bridge seriously damaged by the Skaftá glacier river flood in early October has now been reopened to light traffic.

The flood – the biggest on record – ripped away a large section of river bank under the eastern end of Eldvatn bridge. The bridge was subsequently closed by police amid fears that the weakened structure could slowly collapse.

Cars weighing under 5 tonnes are now allowed over the bridge, one at a time, between 7am and 7pm. These restrictions will be in place until such time as an automatic monitoring system for the bridge is in place, expected in two weeks’ time.

According to the Icelandic Road and Coastal Administration (IRCA), further floods of any type could further erode the eastern bank of the bridge.

Flood bridge hanging by a thread