No chance of a kip at Keflavík! 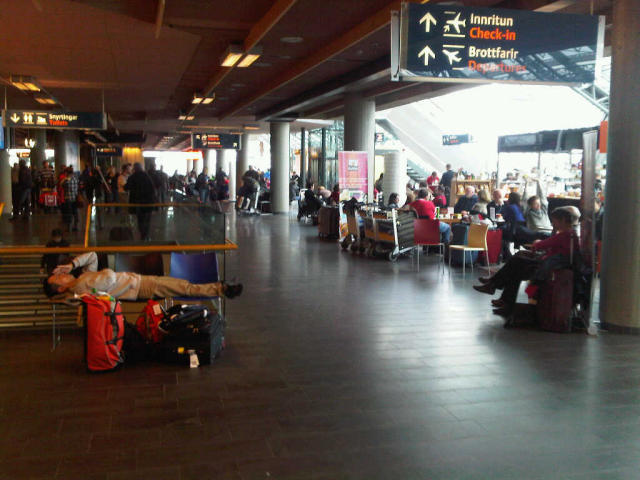 But one trophy it may not be so keen to display on its metaphorical mantelpiece is the dubious accolade awarded it to by voters in the 2015 sleepinginairports.net Airport Survey.

Yes, Kelfavík International Airport (KEF) has been voted the world’s worst airport for sleeping – whether by choice or forced into it by weather and operational factors.

“Located 45 minutes from Reykjavik, many decided to sleep here in anticipation of early morning departures,” reads the damning review.

“Initial complaints revolved around the comfort of the prospective sleeping sites. Then, with a spot secured and eyes closed tight, sleepers reported being rudely awakened by security guards demanding they stay awake as the airport was “not a hotel”,” the judgement continues.

One sleeping respondent reports having been physically kicked by a security guard and told in no uncertain terms to wake up and get up.

The survey suggests that KEF could learn a thing or two from Singapore Changi International Airport, (SIN), voted best in the world for sleeping in 2015.