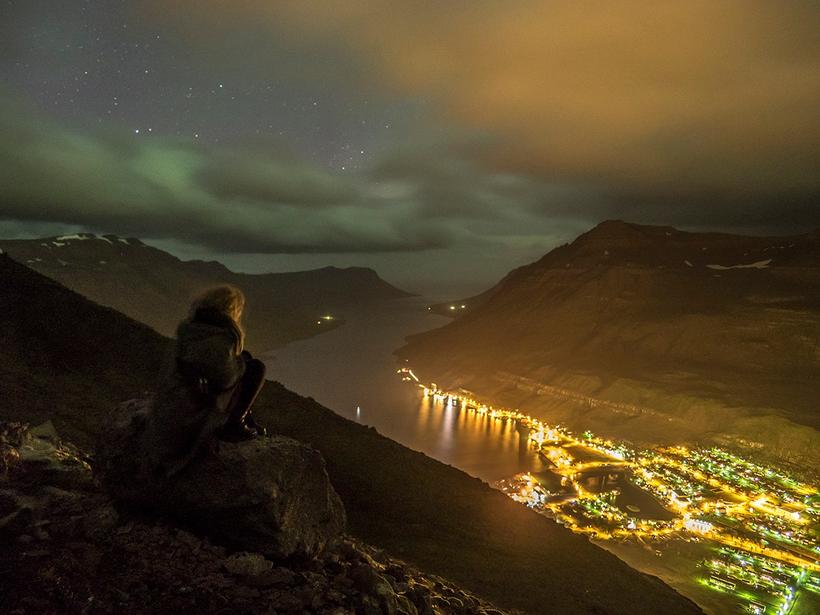 The lights from the town of Seyðisfjörður, which nestles amidst glorious mountains and ocean, and the glow of the Aurora Borealis in the clouds above. Photo: Nikolas Grabar

Nikolas Grabar came to Seyðisfjörður, a remote town in East Iceland from Slovenia in 2006 for what he thought would be a summer job working as a chef in Hotel Aldan. However, he became enchanted with the small village and nine years on, he's still there.

"I became enchanted by this beautiful town, its surrounding nature and the very welcoming and supportive people that live there," Grabar  explains. "So I decided to stay a bit longer. The tempo of life here is much slower and far less stressful than where I come from, and it has a very positive effect on me, both physically and mentally."

Grabar still works as a chef at Hótel Aldan, a beautiful hotel in a historic building from 1900, but in his spare time he pursues his passion of photography. "Hopefully in the future I will make a living from it," he says.

This stunning photographs by Nikolas Grabar were taken on October 7th at 10.30 pm from the Bjólfur mountain overlooking Seyðisfjörður. "The aurora forecast was showing increased activity for that night so  a couple of friends and I decided to go to the highest vantage point above Seyðisfjörður," he explains. "Clouds started covering the sky and it also started raining so northern lights were far less visible than we hoped for, but we decided to try to make the best of it. As it turned out, after a couple of long exposure shots we could capture some of the green glow in the clouds, which balanced the orange/yellow cast on the clouds from the town lights well."

For a closer look at the photography of Nikolas Grabar, check out his Facebook profile HERE, and his website HERE. 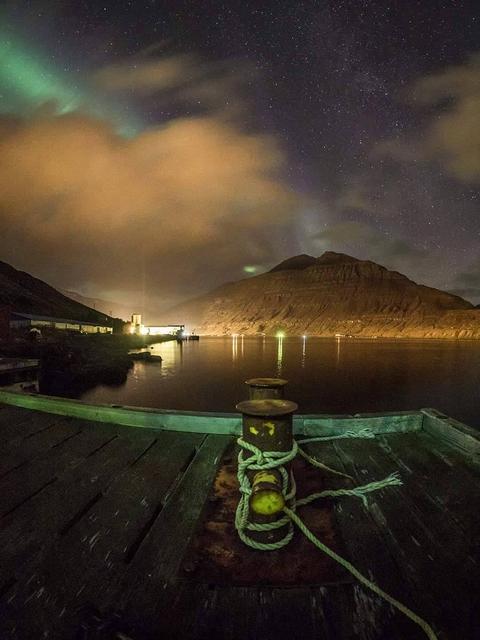 This photograph, shot on the same night in Seyðisfjörður, is taken from the pier close to the Norðursild hostel, a former fish factory, just outside of the town. Photo: Nikolas Grabar