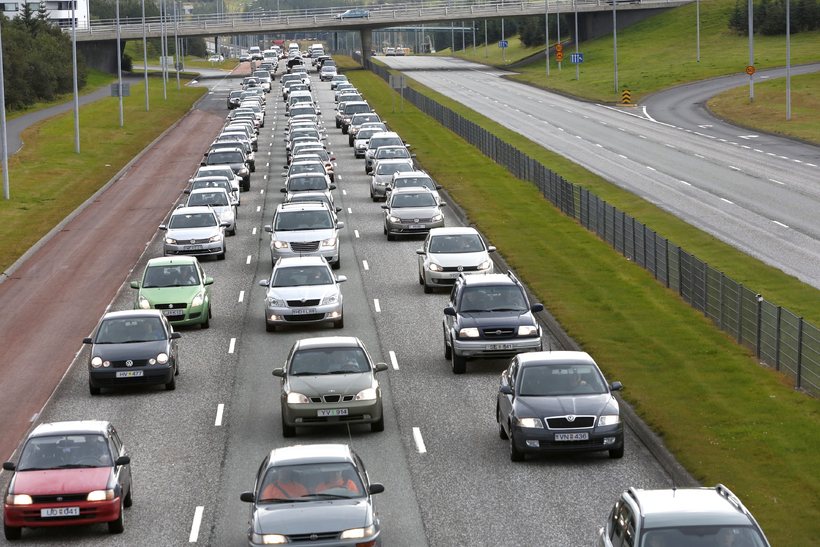 Traffic levels in Iceland in 2015 are set to be the highest on record, according to new data from the Icelandic Road and Coastal Administration (IRCA).

On the basis of data collected from sixteen counting stations around the country, IRCA estimates that last year – 2014 – vehicles on Icelandic roads drive 3.22 billion kilometres. This was 2.9% higher than the previous record set in 2007.

2015 is expected to see another significant rise. The projected figure for total driving is some 3.37 billion kilometres.

IRCA’s Friðleif­ur Ingi Brynj­ars­son highlights a link between traffic and economic performance – as the economy grows (or shrinks), so do traffic levels.

For instance, the projected increase in traffic for this year is 4.6%, a figure which tallies to some degree with a 5.2% growth in the Icelandic economy in the first half of 2015 (source: Statistics Iceland). 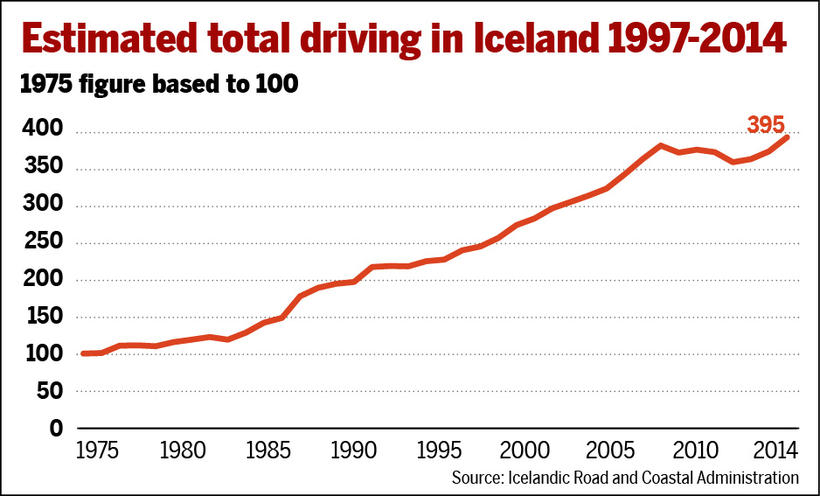 Traffic levels are almost 4 times higher now than in 1975.