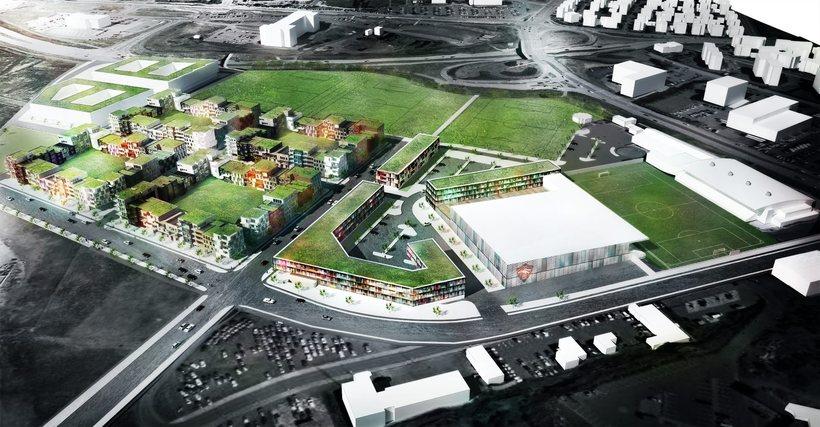 The area by Öskjuhlíð will undergo a lot of development in coming years. To the right of the computer drawing you can see the Valur sports arena. The new hotel will be located on the building site in the top left corner. Drawing/ Alark

Construction of a new hotel in Vatnsmýri, near the University of Iceland will commence next year. The hotel will measure 18 thousand square metres with a total investment of 8 billion ISK.

Owner Jóhann Halldórsson real estate company S8 says that the hotel will undoubtedly be Iceland's largest hotel. S8 is the owner of several buildings in Reykjavik including the DeCode Genetics building in Vatnsmýri.

Halldórsson says that the new hotel will have between 300 - 400 rooms. Iceland's largest hotel so far is the Foss Hotel in Höfðatorg, 105 Reykjavik which has 342 rooms and measures 17 square meters. He adds that another company will be hired to run the premises.

Financing is not yet complete and Halldórsson says that if an international hotel chain comes in on the project, financing would not be a problem. He adds that the project has been on the drawing board for a long time.