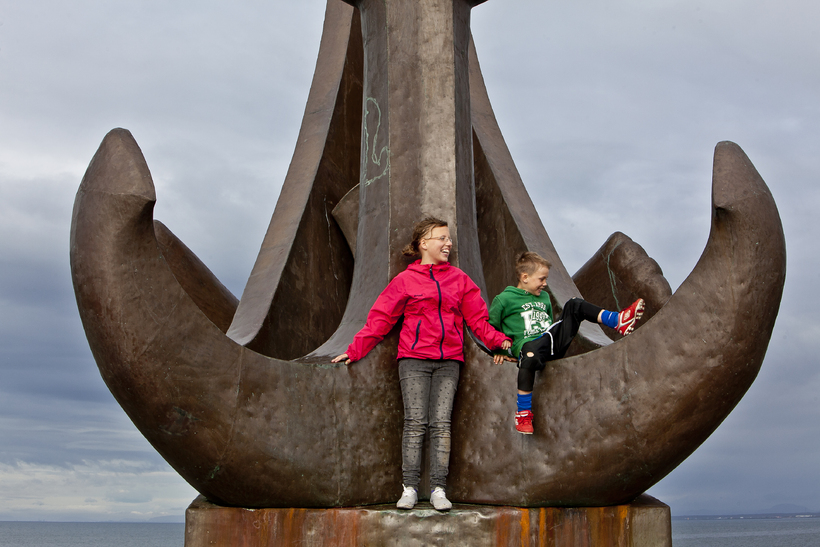 The paper’s journalists and photographers will be bringing us news and images of everyday life, culture, business, nature, education, services and more from the four corners of the land. Today’s destination: Reykjanesbær.

Reykjanesbær is the fifth largest municipality in Iceland, with a population of some 15,000. It is located on the Reykjanes peninsula in south-west Iceland. Keflavík International Airport (KEF) is nearby and is a major employer in the municipality. 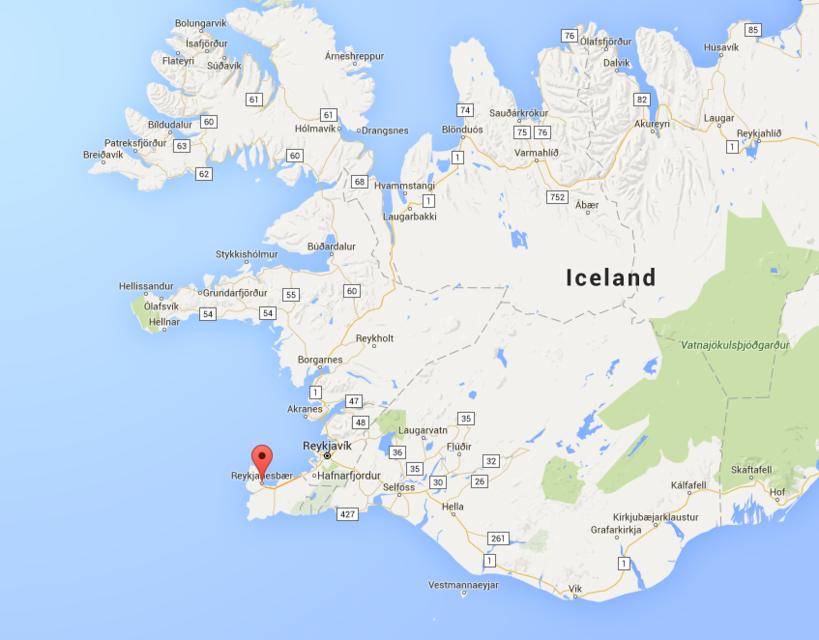 Novelia Calderón and William Ledesma moved to Iceland from Colombia in 2005 and lived in Reykjavik for nine years. Last year, they moved to Reykjanesbær to fulfil their dream of opening a café-bakery. The whole family helps out, offering locals a true taste of Colombia. 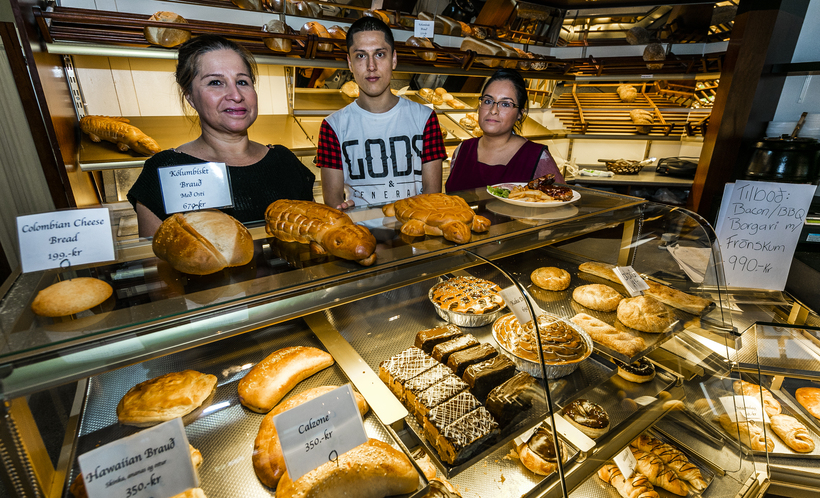 Husband and wife Valgeir Magnússon and Þorgerður Sigurbjörnssdóttir run a shop call Ungó, which features the largest sweet counter in Reykjanesbær. There is a discount on Friday and Saturday evenings and the shop can get very busy! 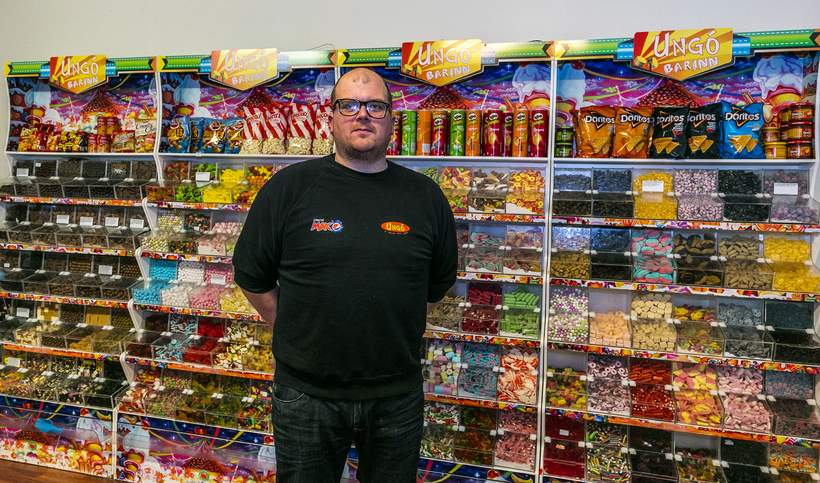 When Morgunblaðið arrived in the nearby town of Sandgerði, a group of ladies had got together to try their hand at pottery. The class was taught by Erla Sigursveinsdóttir, who was pleasantly surprised at the hidden talents that emerged among the beginners... 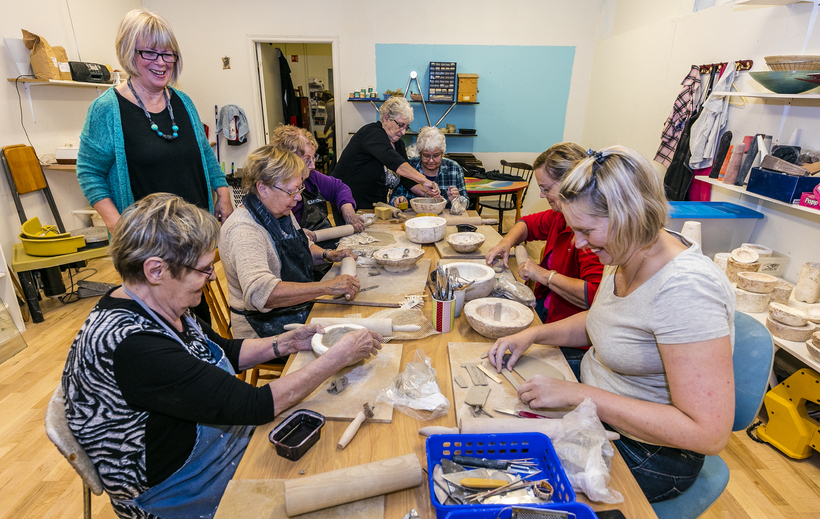 One of the most beautiful gardens in Sandgerði belongs to artist Helgi Valdimarsson, who moved to the area from Reykjavik in 2007. He has filled his garden with creations large and small, including a statue of Iceland’s first permanent settler, Ingólfur Árnason. 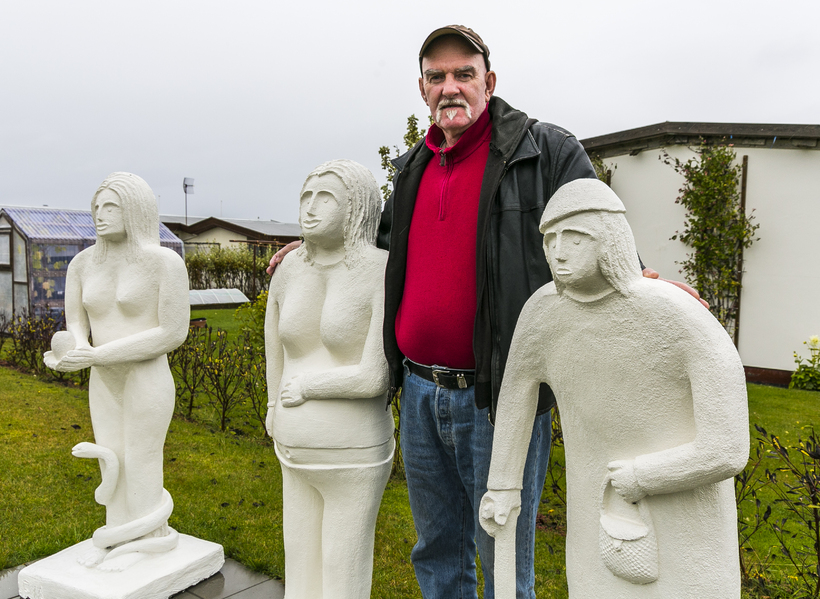 Helgi and some of his artwork. Photo: Árni Sæberg

Check out Iceland Monitor for Morgunblaðið ’s next destination in Around Iceland 2015: Grindavík & Vogar.