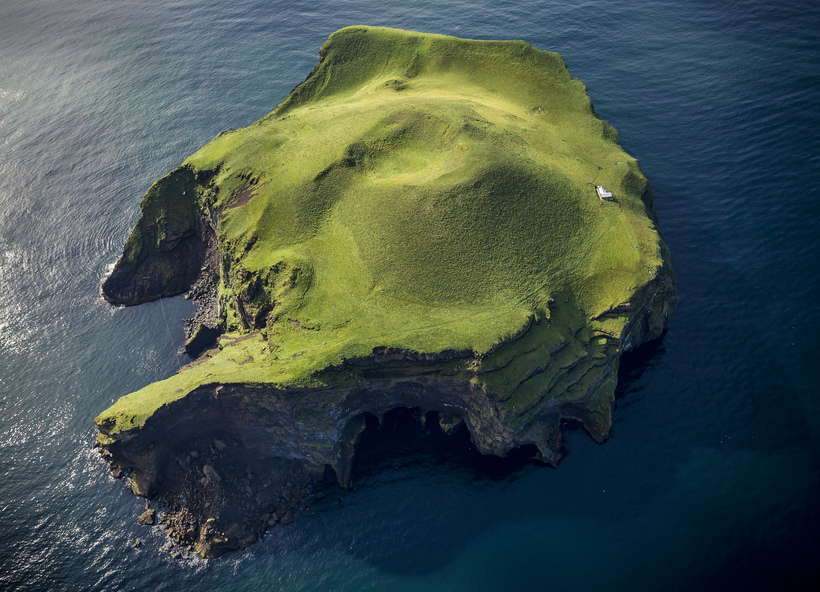 The paper’s journalists and photographers will be bringing us news and images of everyday life, culture, business, nature, education, services and more from the four corners of the land. Today’s destination: Vestmannaeyjar.

Vestmannaeyjar, often anglicised as ‘the Westman Islands’, is an archipelago of fourteen islands with a population of some 4,300. The largest island is Heimaey and the youngest is Surtsey, born from a volcanic eruption in 1973. 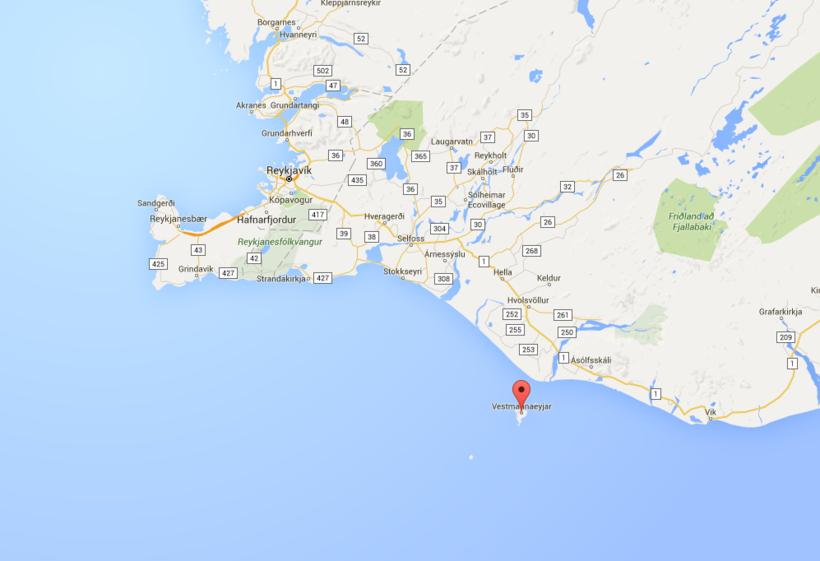 The Westman Islands, off the south coast of Iceland. Photo: Google Maps

The islands are the scene for many Icelandic tales. There is, for instance, the tale of the young boy who saw two elf men waiting at the port as he sailed in with his father. Twenty years later, the spot in which they were standing was covered with lava from a volcanic eruption. 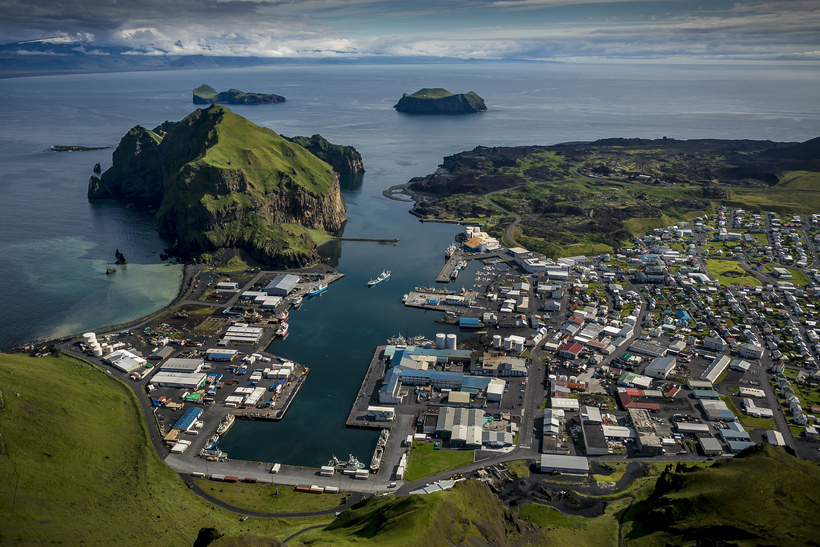 The port - once an elf dwelling? Photo: Árni Sæberg

Blítt og létt is a fourteen-member group of musicians who have just been named Vestmannaeyjar Artist of the Year 2015. For the past six years, they have played monthly events in the islands and on the mainland, playing traditional songs about and in honour of Vestmannaeyjar. 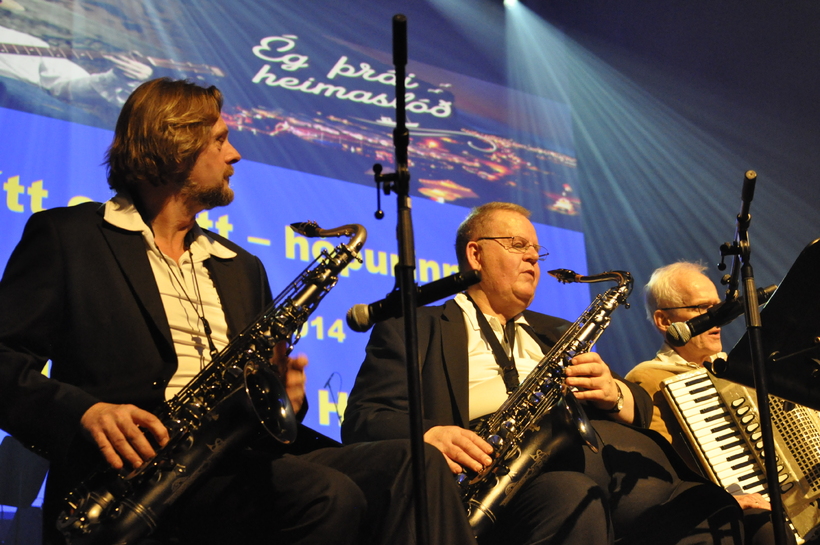 The sea around Vestmannaeyjar this summer has been some three degrees colder than usual. This has kept away quantities of mackerel. This means, in turn, that the island's famous puffins have fewer competitors for food – which is good for numbers. Experts say there are more puffins this year than in the past ten years. 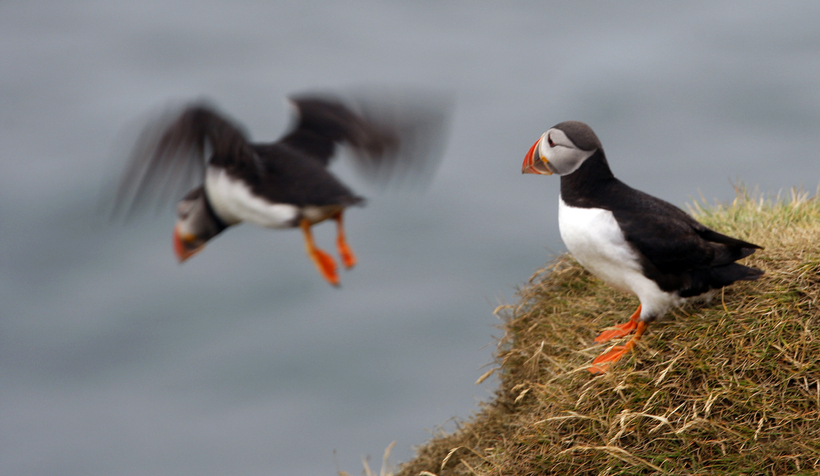 Hall­grím­ur Heim­is­son and Dí­ana Dögg Magnús­dótt­ir are students at the Sports Academy of Vestmannaeyjar College, specialising in handball and football, respectively. Students follow a traditional academic curriculum, as well as their sport education. The Academy has produced many successful sportspeople. 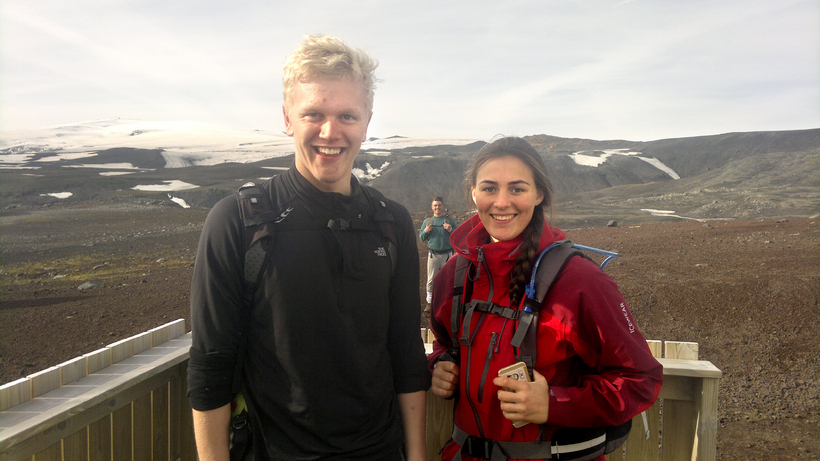 Check out Iceland Monitor for Morgunblaðið ’s next destination in Around Iceland 2015: Hveragerði.