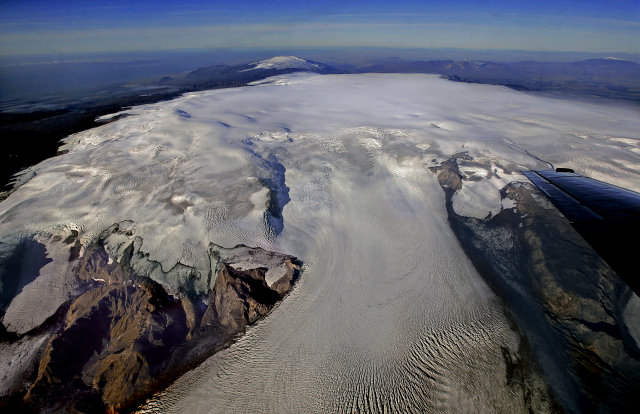 Katla eruptions can be particularly dangerous as the volcano is close to inhabited areas. Photo: Rax

A 3.3 magnitude tremor hit the south-east of Katla, one of Iceland’s most active volcanoes, in the early hours of this morning.

The main tremor was followed by around ten aftershocks, some of which were shallow and possibly connected to geothermal activity, the Icelandic Met Office reports.

No significant changes to nearby rivers have been reported, but the relevant data will be studied more closely.

“Katla sees this type of seismic cycle from time to time – on average 1-3 times a year,” says the Met Office. “We are monitoring the area closely and will keep everybody informed of any changes. At the moment, things appear to have quietened down.”