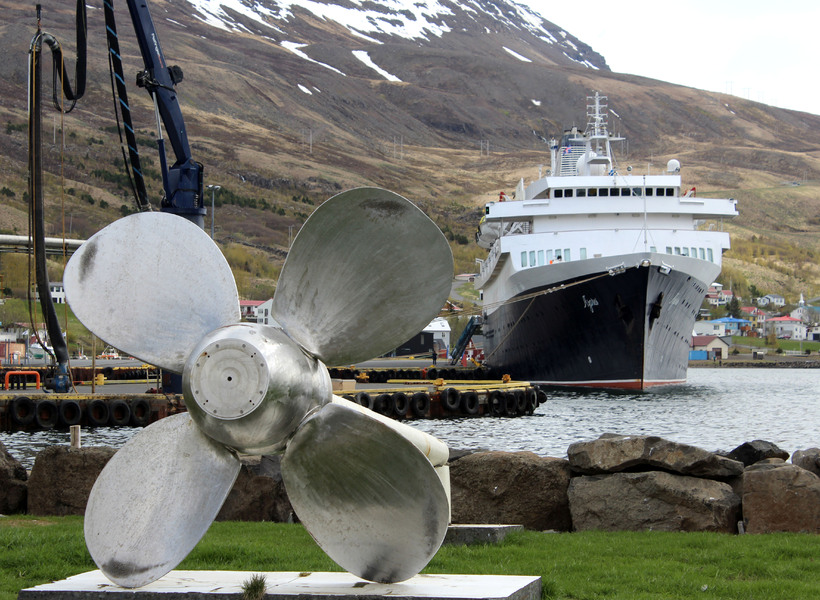 The paper’s journalists and photographers will be bringing us news and images of everyday life, culture, business, nature, education, services and more from the four corners of the land. Today’s destination: Fjarðabyggð. 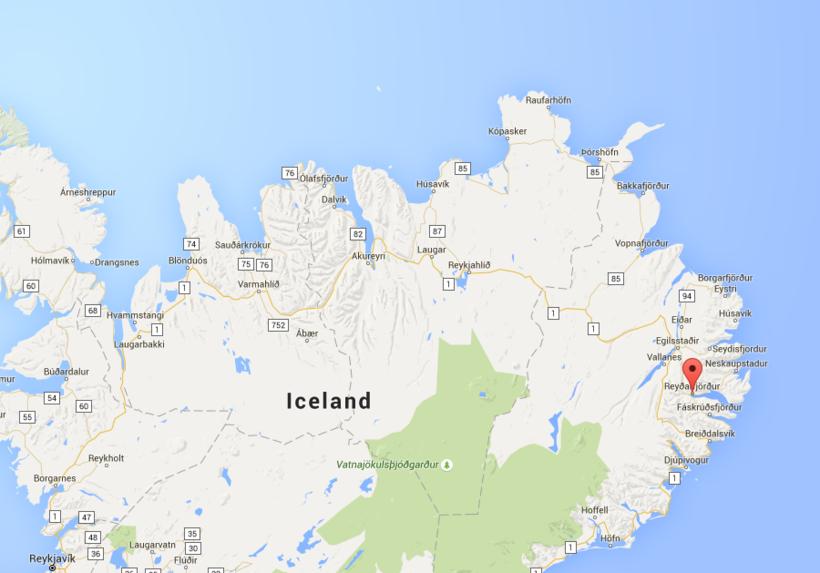 These Nissen huts, built by the US Army in 1943 during their World War II occupation of Iceland, now house the Icelandic Wartime Museum. The Museum was opened twenty years ago this summer and is located in the town of Reyðarfjörður. 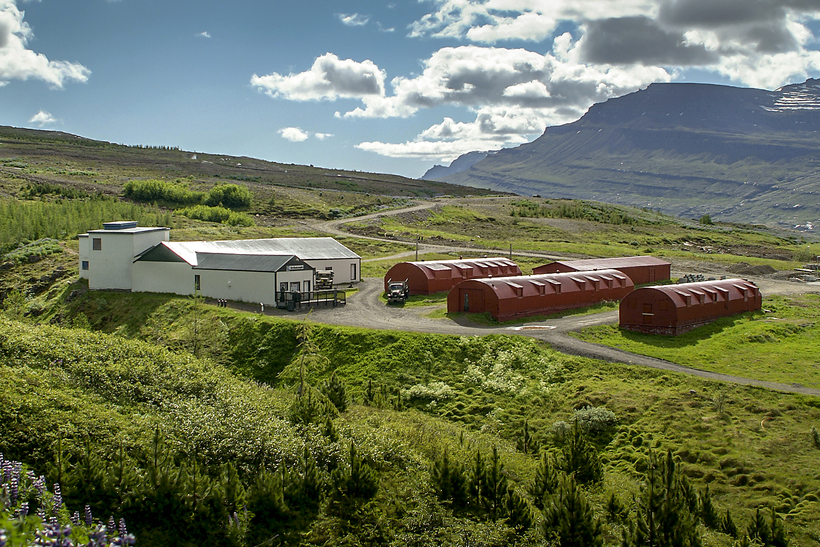 Over 3,000 soldiers were in Reyðarfjörður at the height of the war. Photo: Icelandic Wartime Museum

The Leiknir Youth Association in the town of Fáskrúðsfjörður celebrates its 75 th anniversary this year. Their football team will be promoted to the Premier Division next year, but owing to the poor state of their pitch they must play their home games in Reyðarfjörður. 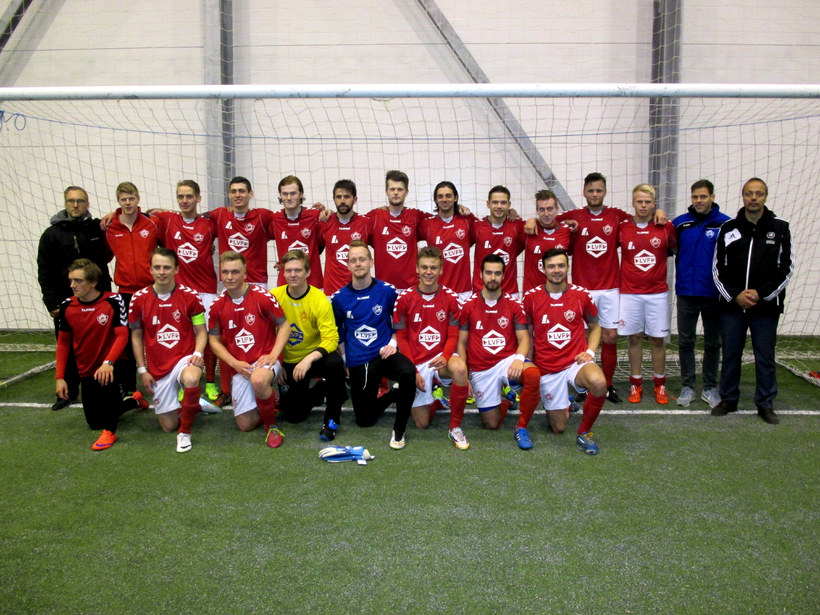 This stunning leaf-shaped piece is the artistic handiwork of Katrín Guðmundsdóttir. Katrín works out of a small basement workshop in the town of Eskifjörður called Verkstæði Kötu and produces all sorts of art works, focusing mostly nowadays on glass. 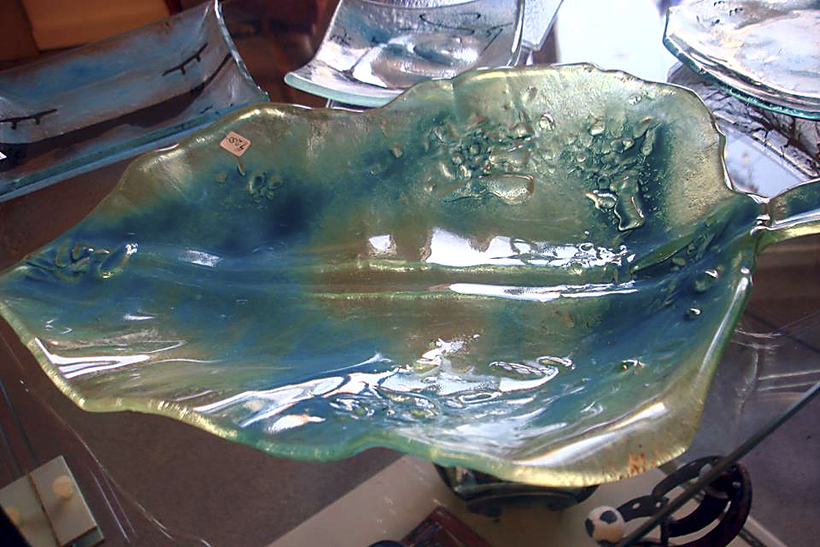 The Stöðvarfjörður Creative Centre is an ongoing project to convert a disused fish factory into a complex of house workshops and studio spaces, with a culture venue, café, and local produce market. The Centre’s sound studio is expected to be ready in December. 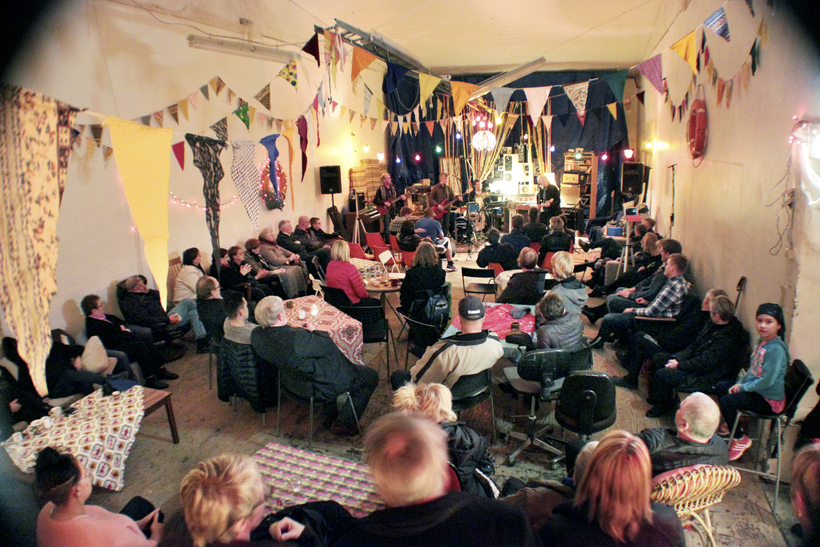 Good times in the concert room.

Check out Iceland Monitor for Morgunblaðið ’s next destination in Around Iceland 2015: Hornafjörður.