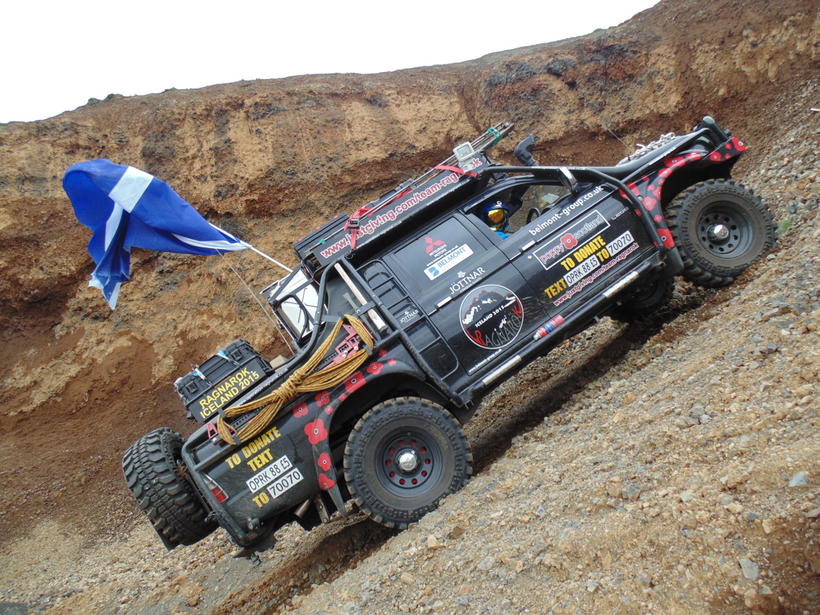 Police have found “absolutely no evidence” that the two Brit­ish ‘Volcano Hun­ters’ who hit the news yester­day for alleged illegal off-road dri­ving in Ice­land did any such thing and the investigation has been closed.

According to Sgt Aðal­steinn Júlí­us­son of the Húsa­vík Police, Matt­hew McHugh and Rhys Row­lands “did not admit to any offence and have not paid any fines.”

“The Holuhraun area has been studied at there is absolutely no evidence of the pair having driven off-road,” indicates Sgt Júlí­us­son. Allegations had arisen that the men in question had driven 12 km into the Holu­hraun lava field, a protected area wh­ere is it is for­bidd­en to lea­ve mar­ked tracks.

Matt­hew McHugh and Rhys Row­lands reportedly handed themselves in to police yesterday after a police investigation into the alleged offence was launched.

The pair are said to be upset about the incident, particularly in light of the unpleasant comments received on the website from various Icelanders.

According to McHugh and Row­lands, many of their photographs were set up to look like they were doing something they were not supposed to be doing but Sgt Júlíusson confirms that there is no visible indication that they drove off-road.

The police investigation has now been closed.

Weather Warnings for Most of Iceland