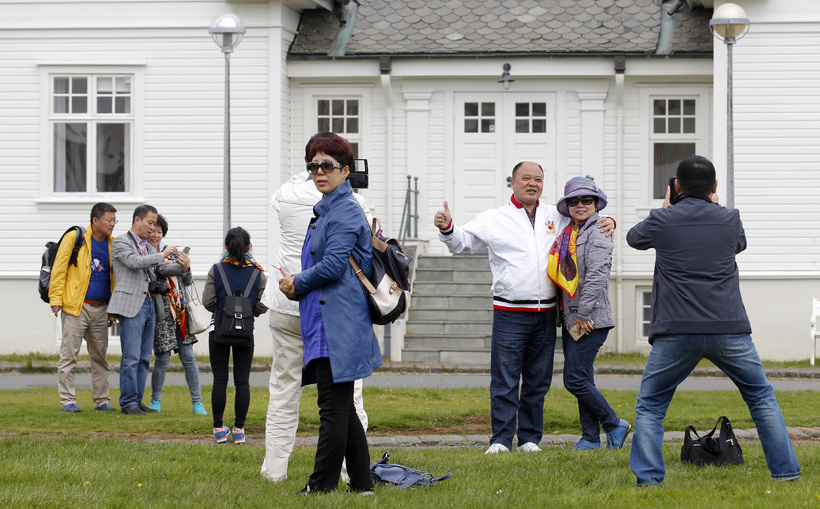 Tourists numbers are rising in Iceland but the increase is not coming from the Nordic countries. Photo: Golli / Kjartan Þorbjörnsson

Despite an overall massive increase in tourist numbers and a health increase in flight connections to the region, this summer has so far seen 8% fewer Nordic visitors to Iceland than a year ago.

According to Icelandic tourism and travel website turisti.is, while the number of foreign visitors to Iceland has increased by around 25% since last year, there have so far been 3,528 fewer Nordics than in 2014.

In June, visitor numbers from Denmark, Norway and Sweden fell by 10-17%, while July saw numbers of visiting Finns fall by a fifth, as compared to 2014.

This is not for the want of flight connections. In June and July 2015, there were a total of 892 flights from Iceland to the Nordic countries, 68 more than last year. This means that, despite an 8% increase in flight availability, Nordic tourists have actually fallen by the same rate.

The full turisti.is article (in Icelandic) can be found here.