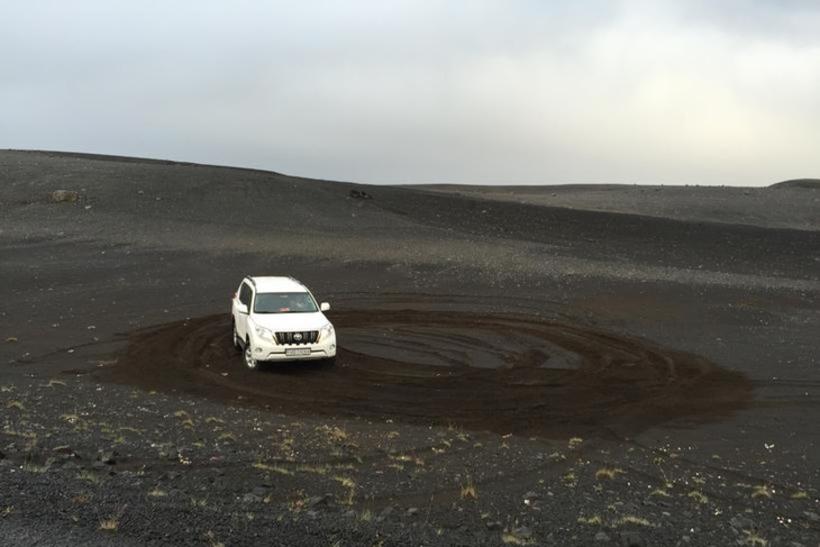 Two French tourists are wanted by police in connection with an off-road driving incident in which considerable damage to nature was caused.

One of the tourists drove the car off-road and began spinning circles in the black sand among sensitive vegetation. The car drove off when employees of a nearby power station tried to approach the driver.

The South Iceland police has confirmed that the matter is under investigation, the pair are being searched for, and that the perpetrators will likely be fined.

According to René Biasone, conservation expert at the Environment Agency of Iceland, driving on black sand is just as harmful as driving directly over vegetation and both are criminal offences. “It is a common misconception that tyre-tracks in sand repair themselves quickly,” he explains.