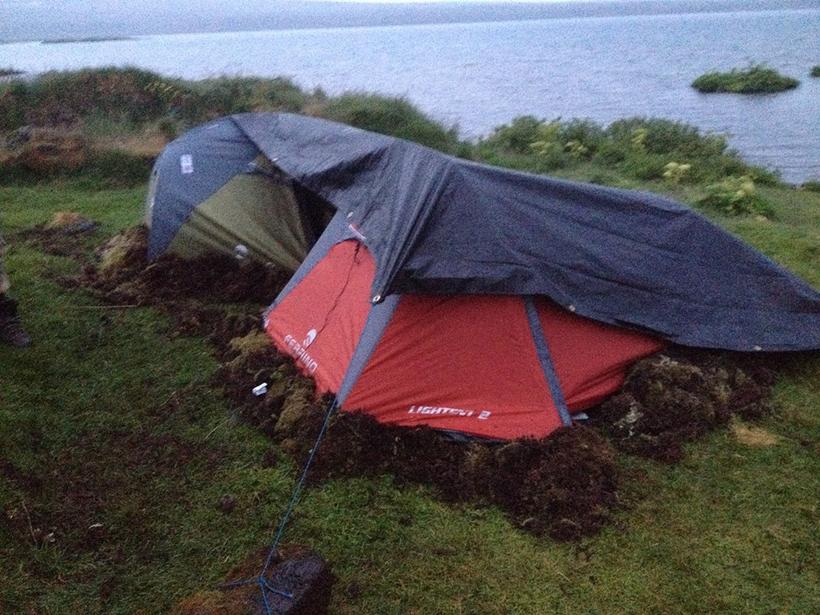 Three tourists camping at Iceland’s famous Þingvellir have caused considerable damage to delicate vegetation by ripping up large quantities of moss to insulate their tent.

Photos posted on the Facebook page of the Þingvellir National Park show how the tourists packed the moss tightly around their tent, scarring the landscape.

Park rangers noticed the piles of moss around the two tents and approached the tourists. “They were extremely sorry, and had assumed that it was OK,” reads the Park’s Facebook status.

Moss is very delicate and takes a long time to recover. The damage caused has been reported to police. Some of the damage caused. Photo: Þingvellir Facebook page