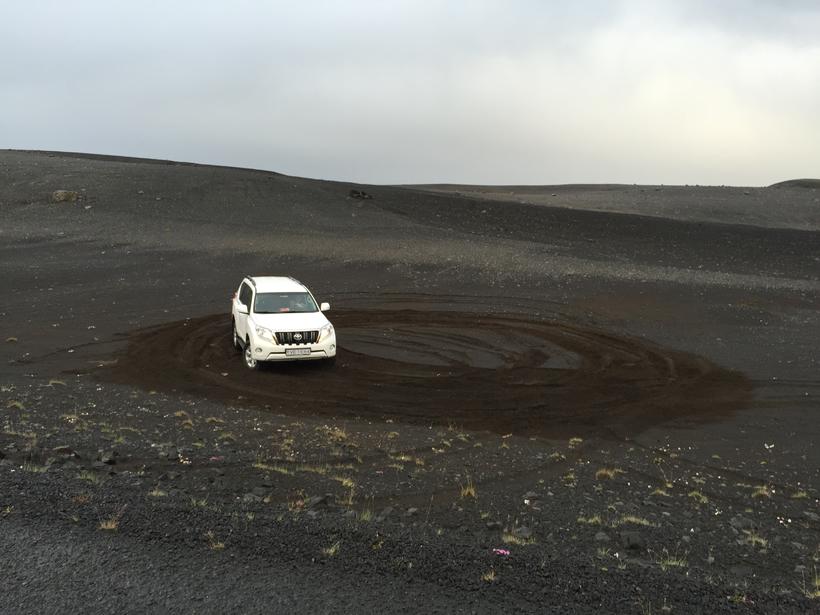 Damage caused to by an off-road driver has been caught on camera by staff at the Vatnsfell hydroelectric power station in Iceland’s southern highlands.

At around 9pm yesterday evening, two employees of the National Power Company of Iceland (‘Landsvirkjun’) saw the driver off-road and spinning their car in circles, while their lady travel companion was relieving herself a short distance away.

The two witnesses attempted to approach the driver, but the car quickly fled the scene. The pair managed to take a photograph and the incident will be reported to police. Such off-road driving is illegal in Iceland.

As can be seen in the photograph above, the driver’s actions have noticeably scarred the natural landscape.