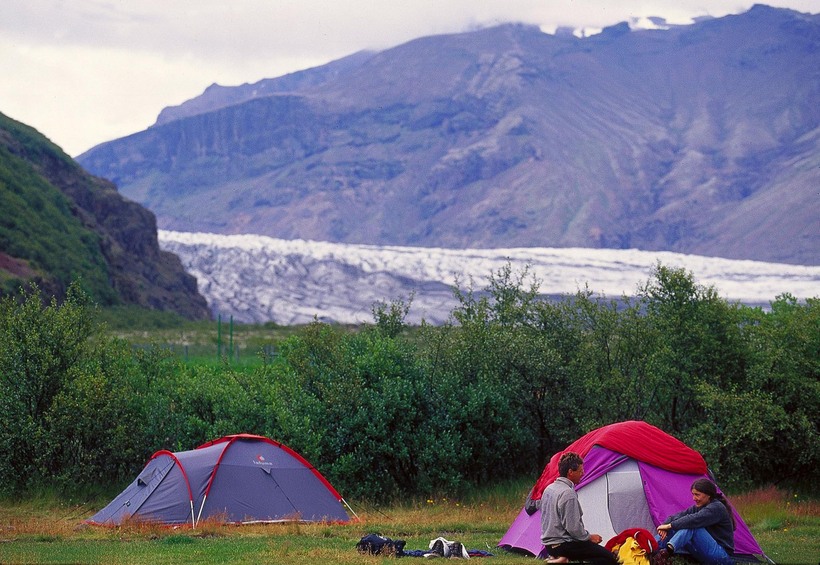 Tourists at Skaftafell have been regularly spotted going to the toilet at the Sandfell churchyard instead of using the campsite facilities. Photo: Brynjar Gauti

Morgunblaðið reports that a number of tourists have been using the old churchyard at Sandfell in Vatnajökull national park as a toilet. Park warden Guðmund­ur Ögmunds­son says that tourists are regularly spotted in the churchyard at night to use it as a toilet instead of going to the toilets at the nearby Skaftafell and Svínafell camping sites.

The churchyard is located on the walking past up to Hvannadalshnjúkur, Iceland's highest peak.

Ögmundsson adds that tourists have also regularly been found in areas not intended for camping and that yesterday two tourists were found sleeping in a rental car off-road in a fragile moss-grown area. He says that park wardens regularly have to clean up rubbish and human faeces in the area.

When asked by Morgunblaðið why he thinks tourists are using this option instead of going to the public lavatories he believes most of them are trying to save money, whilst others prefer to go about their business alone in untouched nature. He adds that these factors need a bit of research and that Icelandic authorities need to make regulations for tourists which they are able to follow.

The Vatnajökull national park is one of the largest national parks in Europe, measuring 14,000 square kilometres.