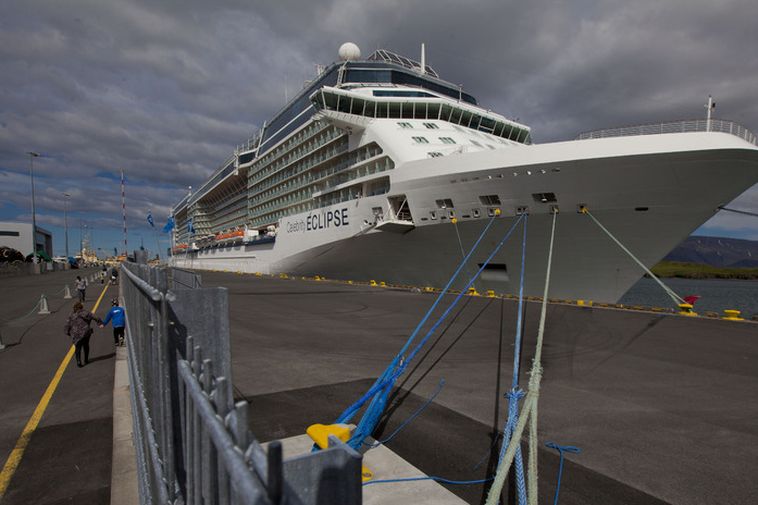 The Marco Polo, Han­seatic, Oce­an Diamond, Nautica and Celebrity Eclip­se carry a combined total of 4-5,000 passengers and 2,218 crew members. While this is a record in terms of numbers of simultaneously docked ships, passenger numbers have in the past exceeded 6,000.

“I have been monitoring things and everything is going marvellously,” says Ágúst Ágústsson­. “There are plenty of coaches and guides. Three of the ships are staying overnight so passengers can also sightsee tomorrow. That spreads the load a great deal.”

According to Ágústsson, this year will see a record number of cruise liners visit Iceland – 103 in total. Passenger numbers, however, are estimated at 100,000 – less than last year.

“There are more smaller ships now,” he explains. “This spreads the load and they can visit more places in Iceland than the larger ships that cannot access small ports.”

Up to 83 Cruise Ships Coming This Season