Invasion of the urban mink 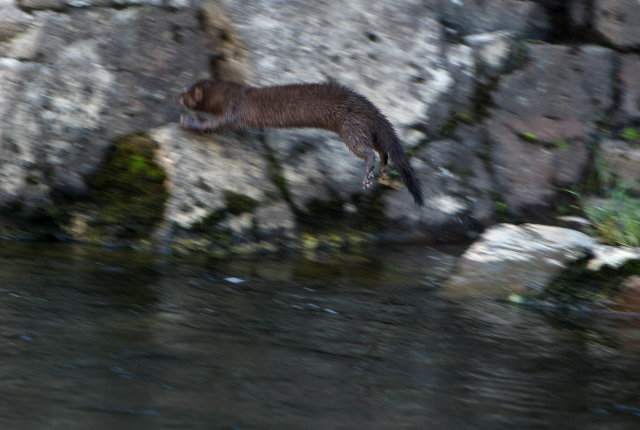 A mink fishing in an Icelandic river. Golli / Kjartan Þorbjörnsson

An increasing number of minks have been spotted in the capital area in recent years. According to pest exterminator Guðmundur Björnsson, reports of minks in Reykjavik are becoming more frequent.

He adds however that as minks are lone animals and that people might be spotting the same ones. Mink sightings are most common along the Elliðaá river, where mink sightings are reported almost daily,  or close to the oceanfront. Minks are very swift animals and are able swimmers, which means that if they're in places such as Grótta on Seltjarnarnes in Reykjavik they can quickly disappear into the rocks or by swimming across the harbour.

Minks appeared in Iceland with the fur industry around half a century ago when they escaped from cages and became established in the wild. Minks are aggressive and prey on bird colonies and farm animals.