Ancient and modern Iceland met yesterday evening at Reykjavik Airport, as Icelandic low-cost airline WOWair held a naming ceremony for one of two brand-new Airbus A321 aircraft purchased by the airline. The guests of honour at the event were Dorrit Moussaief, First Lady of Iceland, and Hilmar Örn Hilmarsson, high priest of the Icelandic neo-pagan religious association, Ásatrúarfélagið .

An excited huddle of invited guests looked on as the shining new Airbus, resplendent in WOWair’s trademark purple, came in to land at Reykjavik Airport just before 6pm yesterday. WOWair had laid on drinks and refreshments in a nearby hangar out of the biting cold. 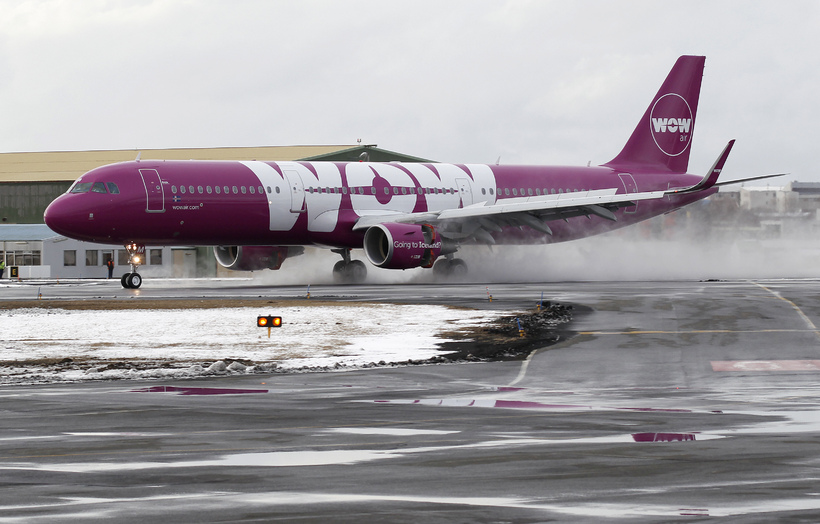 The crowd cheered and wow-ed as the new Airbus touched down. Photo: Golli / Kjartan Þorbjörnsson

Founder and CEO of WOWair, Skúli Mogensen, gave a rousing speech on the steps up to his airline’s new jet, celebrating the airline’s success in the few years since it was set up and setting out the exciting prospects for the future. His words took a slightly more controversial turn as he voiced some criticism of the current government’s over-emphasis on heavy industry and lack of recognition of how important tourism is for the nation.

First Lady did the honours

Festivities continued with the formal naming of the aircraft. Dorrit Moussaief gave a characteristically glamorous and bubbly performance as she unveiled the aircraft’s name, Freyja . In Norse mythology, Freyja is the goddess of love, sexuality and fertility. The second of WOWair’s new Airbuses is expected this weekend and will be called Óðinn , another widely attested god in Norse mythology. 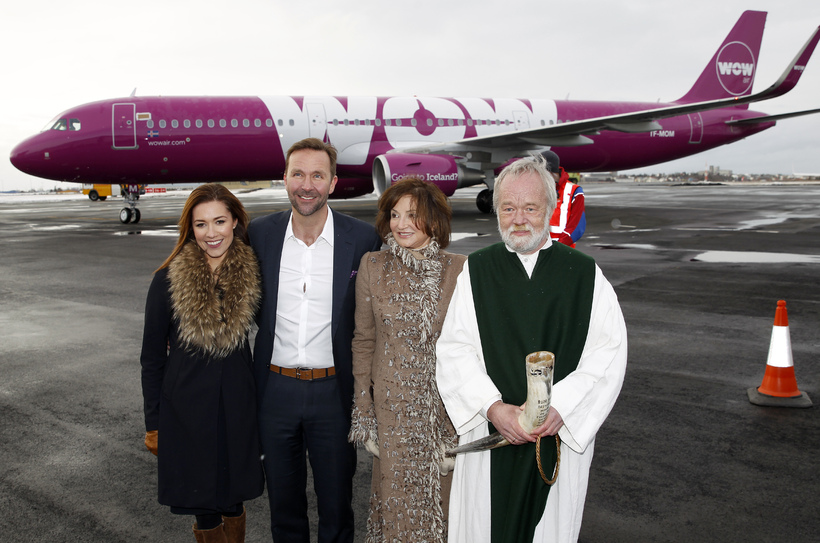 Skúli Mogensen and partner, together with the First Lady and high priest of the Icelandic neo-pagans. Photo: Golli / Kjartan Þorbjörnsson

In keeping with this reference to ancient Norse beliefs, Hilmar Örn Hilmarsson, chief religious official of the Icelandic neo-pagans, was then called upon to bless the new aircraft by means of a short ceremony involving pouring beer out of a horn onto the tarmac under the plane. Guests were then invited to climb the steps and view the interior of WOWair’s latest acquisition.

Freyja will be put to work straight away and is scheduled to operate WOWair’s inaugural flight to Boston, departing from Keflavík International Airport at 4pm today. 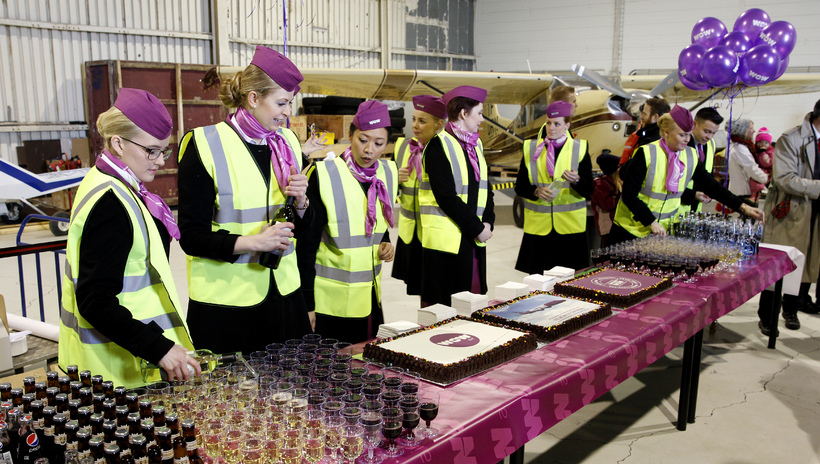 WOWair laid on drinks and refreshments in a nearby hangar. Photo: Golli / Kjartan Þorbjörnsson