Reckless behaviour of tourists at Gullfoss 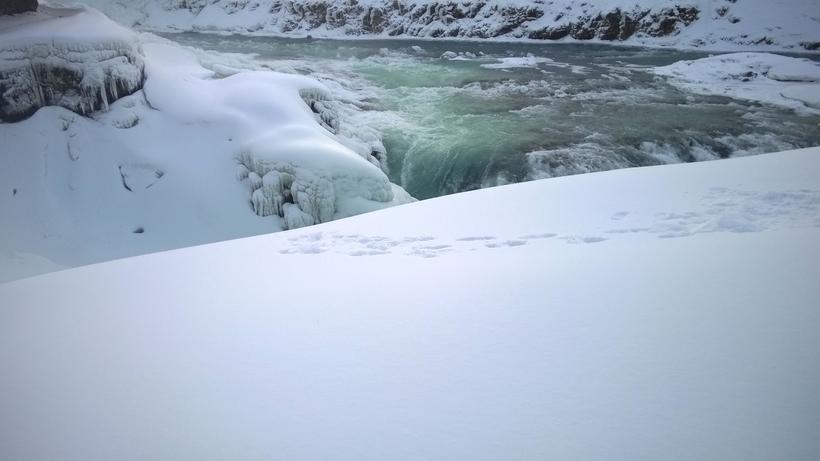 Incredibly, the footprints go to the very edge of a precarious ledge of ice. The massive, powerful waterfall lies just below and should have deterred anyone from venturing so close. photo/Environment agency of Iceland

"It's incredible that a fatal accident didn't occur at Gullfoss," it states in a report by The Environment Agency of Iceland. The report describes how tourists visiting Gullfoss have ignored warning and closed signs and walked off the designated footpath on to an icy ledge that hovered above the waterfall.

The lower walking pat at Gullfoss is closed in winter because of ice and snow and possible rocks falling from the cliffs above.

"Hundreds, even thousands of tourists visit Gullfoss every day in the wintertime. As soon as one person treads off the path and ignores signs, the rest tend to follow suit. It is also a great source of worry that tourists ignored the fact that the lower path was closed and ventured out onto a ledge of ice which extended out from the actual cliff. In a short period of time, several people had followed the footprints, leaving the whole area trampled, all the way to the very tip of the ledge. "

The area has now been fenced off and the path closed in two more places but the Environment Agency of Iceland thanks vigilant tour guides who reported this to the park ranger. 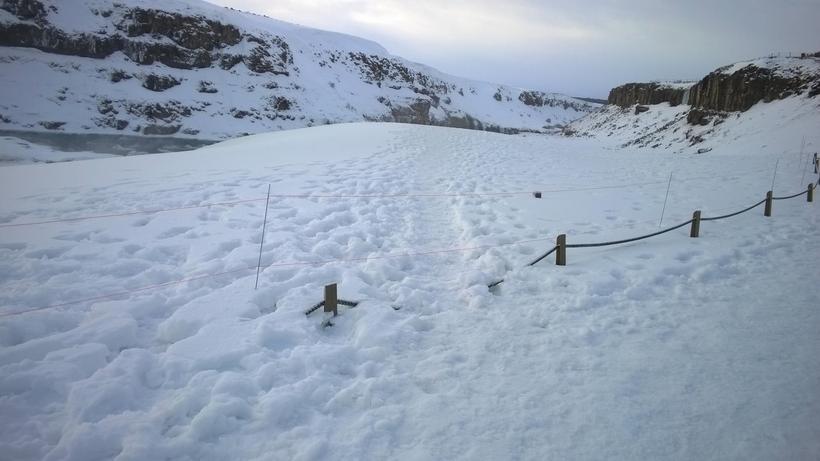 Here you can see where people stepped from the designated walking path, creating a new path in the snow onto the ledge. mynd/Umhverfisstofnun 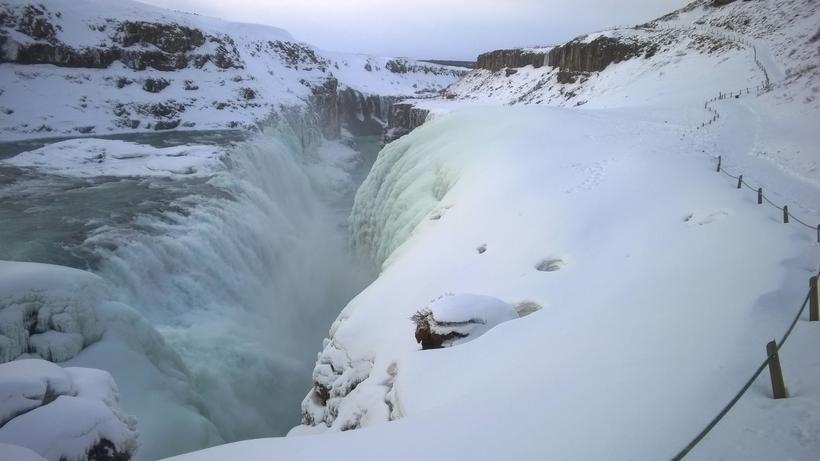 It's incredible that noone got hurt during this perilous activity. mynd/Umhverfisstofnun