Mysterious volcanic mist over the highlands 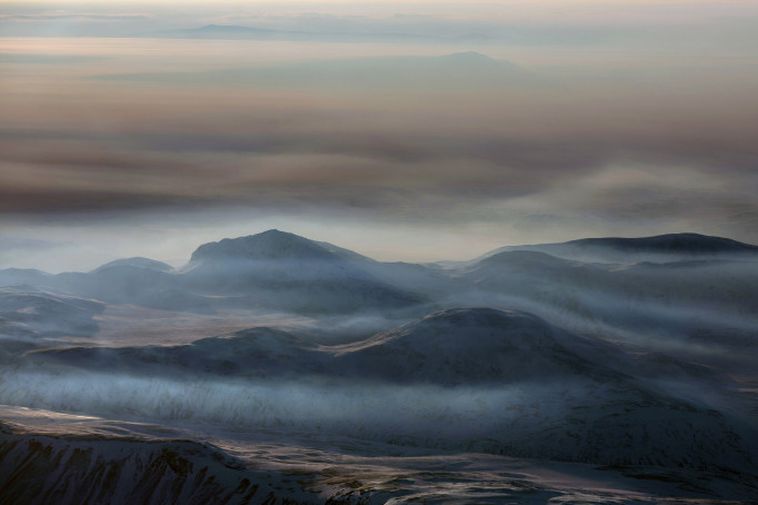 A layer of mist made up of volcanic gases lay like a thick blanket over the Icelandic highlands yesterday. Photographer Ragnar Axelsson captured these beautiful images near Vonarskarð in the direction of Vatnajökull glacier in the highlands.

Today the SO2 pollution was measured at over 4,000 microgrammes in north Iceland and pollution is also heavy in Stykkishólmur, west Iceland.  The eruption keeps going at a steady rate and the lava field has now reached the size of 65 square kilometers.

Axelsson, a photographer for Morgunblaðið for almost four decades, has received great worldwide acclaim for his images, especially those featuring the Arctic. His photographs and picture essays have been published in Life magazine, National Geographic Magazine and Time to name a few and he has held several photographic exhibitions internationally.