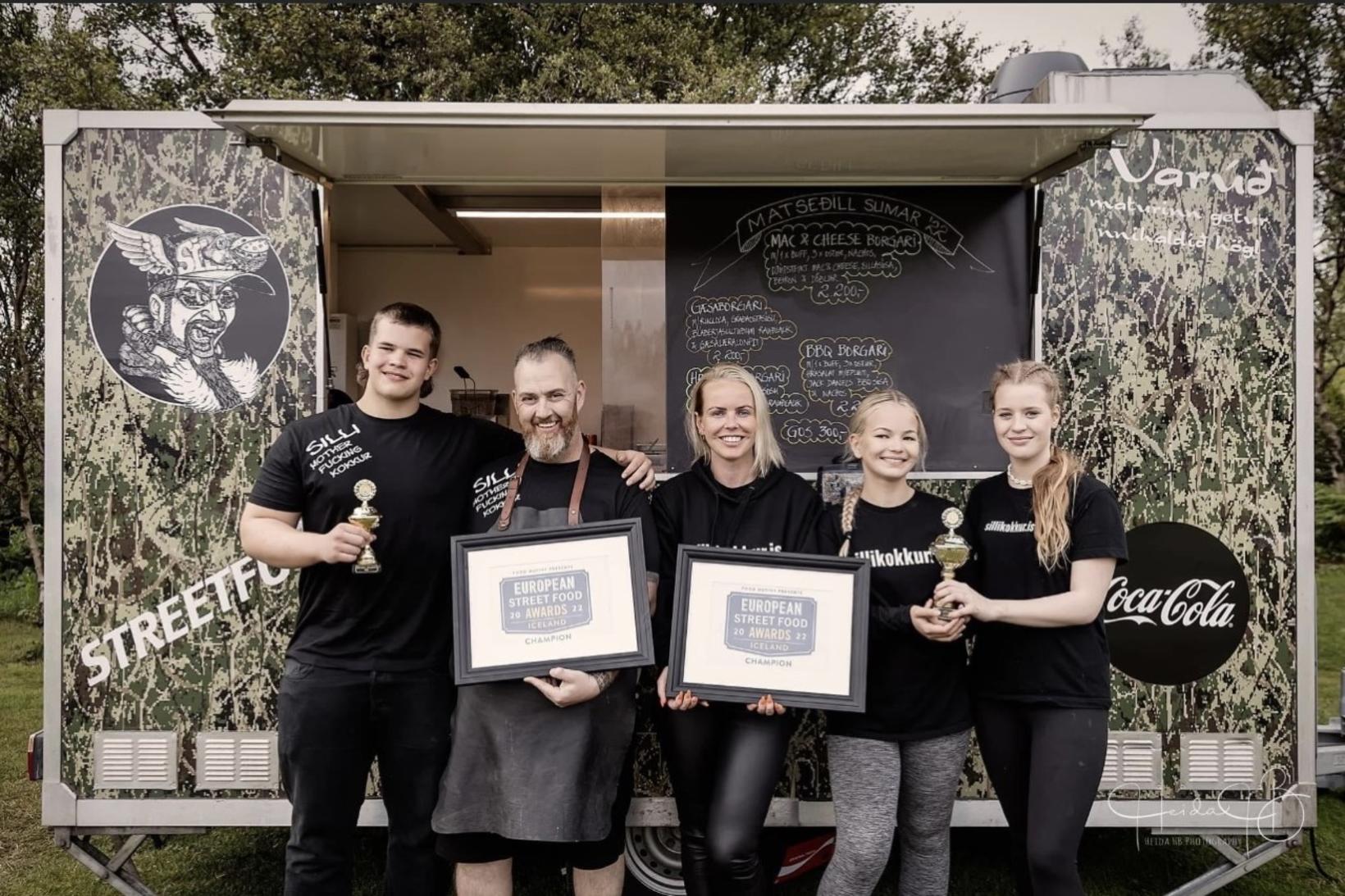 Chef Silli with his family. Photo/Sent to mbl.is

Sigvaldi Jóhannesson also known as Chef Silli came in second in a competition for the best street food in Europe in Munich in Germany last weekend. This summer he won the preliminary competition here in Iceland that qualified him for the main competition European Street Food Award 2022 which landed him the second price.

Chef Silli also won the first prize for the best hamburger and also won the second place in the people's choice of streetfood awards. The competition isone of the biggest competitions in street food worldwide and is hosted in different European countries each year. 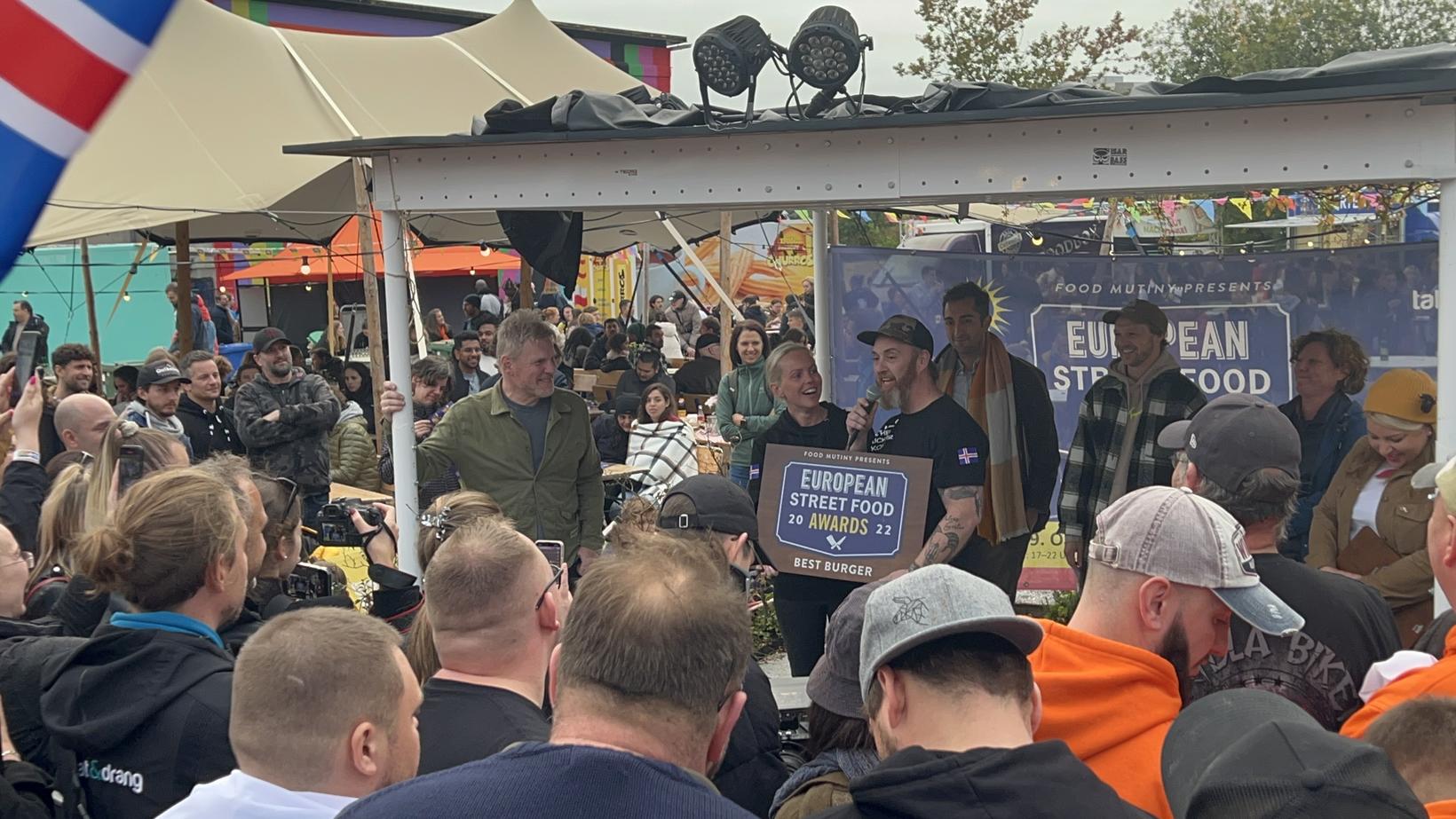 Chef Silli accepts the awards for the best hamburger 2022. Photo/Sent to mbl.is

In the finals there were 15 chefs competing, but thousands applied and hundreds competed in the preliminary competitions.

The final competition in Europe went on a hiatus because of the corona pandemic and was last held in Sweden in 2019. That year Jömm was the Icelandic competitor. The preliminary competitions took place during the hiatus and Chef Silli won all of them.