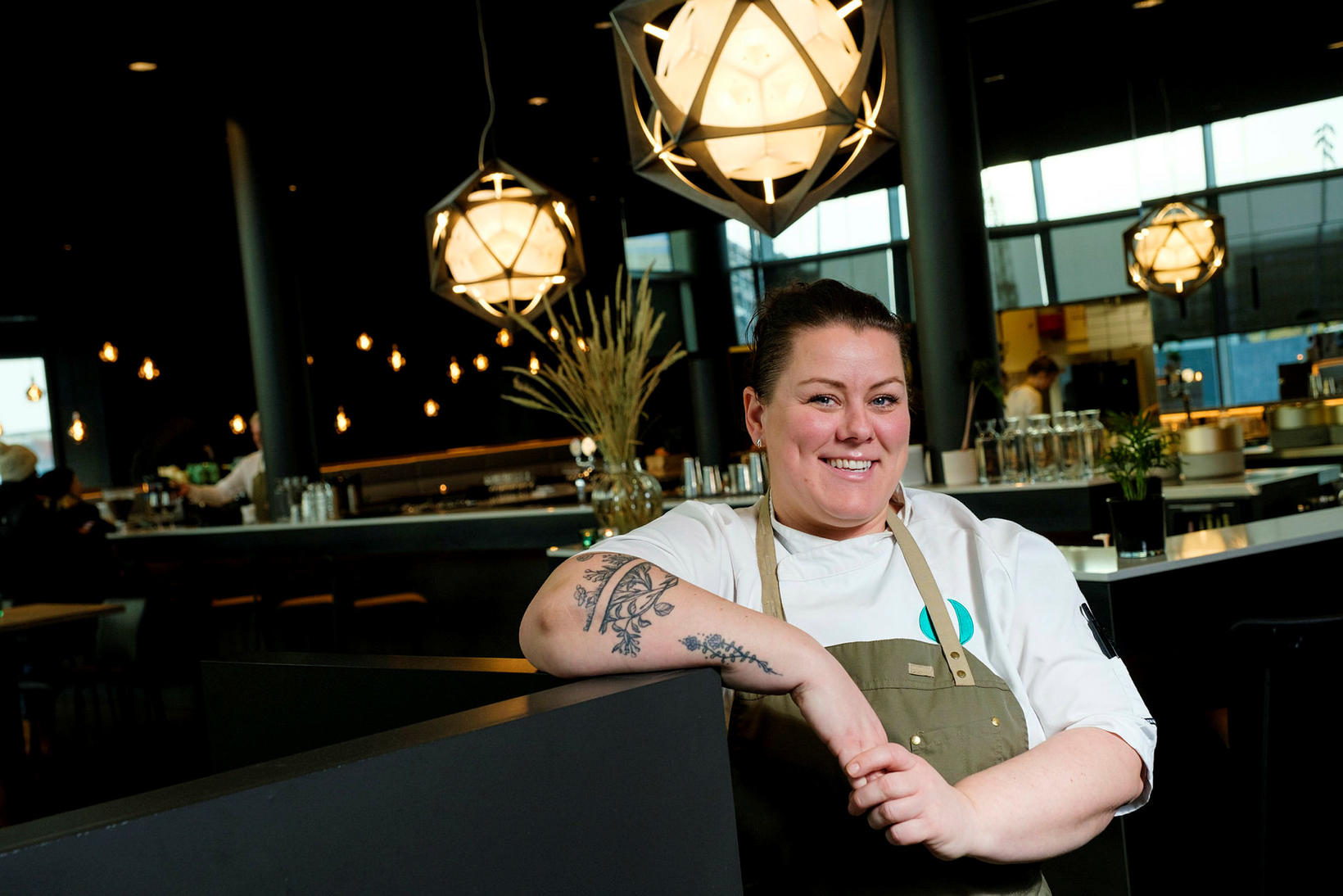 When Fanney Dóra Sigurjónsdóttir was around 30 years old she worked as a chef in a Norwegian hotel. She wasn’t planning on staying long but ended up living for five years in Norway and in the UK and her life took a U-turn.

She was trained to be a social worker when she decided to change her life completely and follow her dream of becoming a chef. Today she owns and runs the restaurant Hnoss in Harpa and has zero regrets of changing course.

“I come from a foodie family and we always have gourmet food when we get together. My father is a master on the grill, my mother likes baking bread and cakes and both my grandmothers are renowned for their cooking. So you could say that I grew up in a cooking family and I used to take shifts in restaurants for some extra money,” she says. “When I was working as a social worker in Akureyri, I worked every other weekend as a sous chef in the restaurant Friðrik V. I remember when I applied for the job, I excused myself for not having any formal education in cooking but got the answer that it would not be a problem, because my enthusiasm made more than up for it.”

Sigurjónsdóttir grew up in Ólafsvík but during her college years she moved to Akureyri and lived in a dorm. “I did not have a clear picture in my mind of what I wanted to do after I graduated. I liked working in the kitchen but at some point I was also considering studying business, which would have been a crazy idea for me. But I was also interested in social work and that was what I did.” 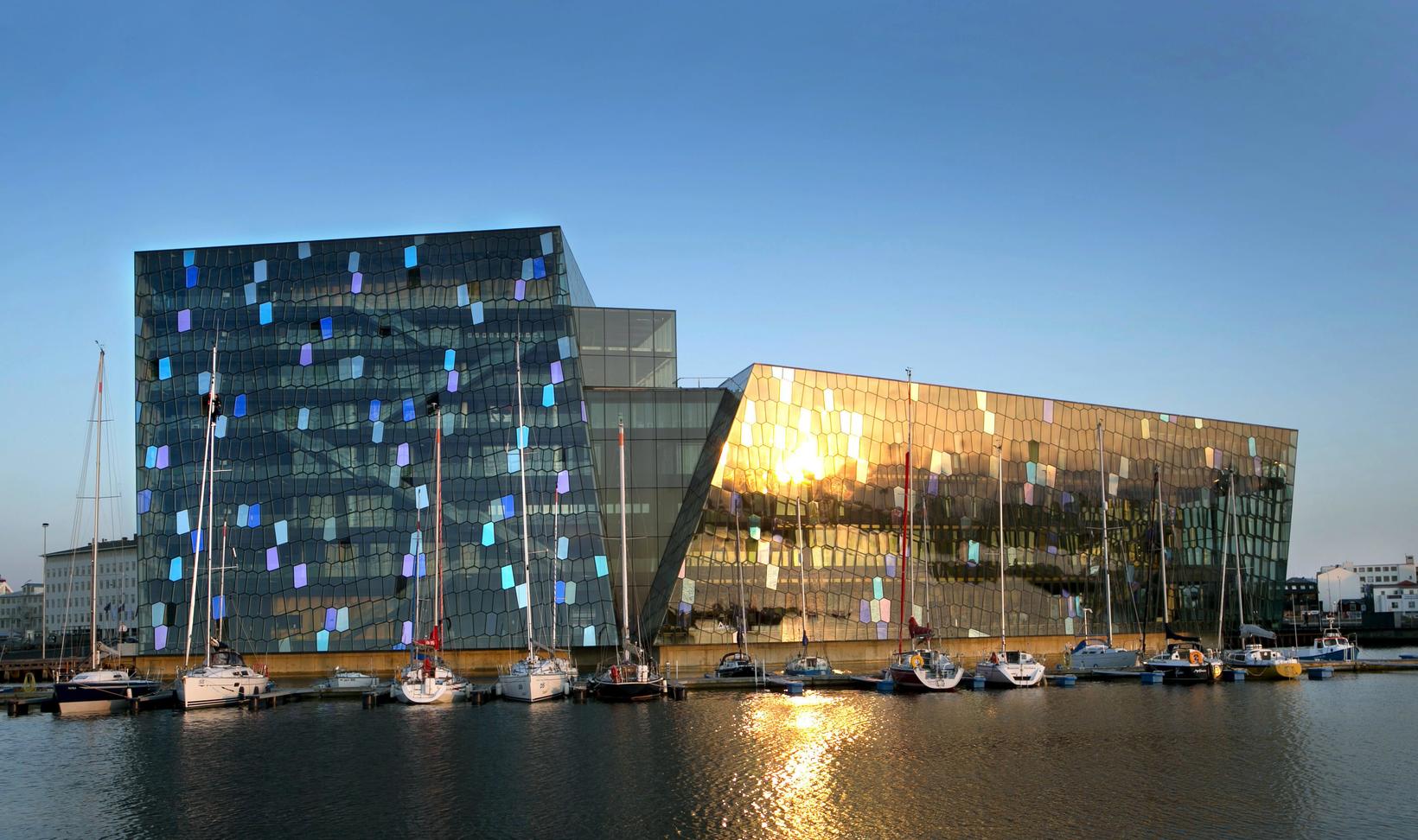 Harpa Concert Hall is now where Sigurjónsdóttir has manifest her dreams in the culinary world. Júlíus Sigurjónsson

Social work turned out to be a good fit, but she has good social skills. “I also liked how diverse this field was and I could see many ways to use this education. Part of the study program is looking within and working on oneself. It was a challenging and a good education and I learned a lot when it came to communication skills and how to approach different people.”

This was just over twenty years ago and she started working at the hospital in Akureyri, then to the home service program of Akureyri and finally to the Red Cross shelter for the mentally challenged. During all this time she works as a sous chef in a kitchen as a second job and really liked it.

Then one day, the phone called and life took a turn.

Cooking on a small island in Norway

“I get a phonecall from a man who used to be married to my relative. He was working as a structural engineer in Norway and one of his projects had been in a hotel there, and the hotel  was looking for a chef. He had seen many posts of various dishes on my social media and thought that I was a fully qualified chef. This was shortly after the financial crash and the wages were much better in Norway than in Iceland at this time. The owners of the hotel were excited about hiring an Icelander, because our reputation was that we were fast and good workers.”

After a short interview she was offered the job and she thought it was the job of the sous chef. When she arrived in Norway it turned out that she was going to be the assistant head chef.

“The hotel and the restaurant are in a small village on an island just off the western coast of Norway. The restaurant is the main attraction on the island and the guests are mostly locals who come to the island on their yachts.”

When Sigurjónsdóttir went to Norway the plan was to stay there one summer, but she ended up working on the island for two and a half years.

The adventure was not over because one day Sigurjónsdóttir saw an advertisement for a job in one of Jamie Oliver’s restaurants in the UK. "In hindsight, this was absolutely crazy. There I was in my 30s and I had three days off in the middle of the summer. It took me four hours to get to Bergen, and from there to London where I spent one night and then immediately the next day I had a trial shift at the restaurant and I was offered the job after that. I stayed one more night in London, flew back to Norway and started my shift on the island the same day.”

Even though the British restaurant payed quite a lot less than the Norwegian one, Sigurjónsdóttir saw opportunities. She had been a fan of Jamie Oliver’s ideas on food and nourishment for a long time and she figured that working there would be an important experience for her. “It also helped that my mother encouraged me to go for it, and she told me I would probably regret it if I didn’t.”

The restaurant specialized in Italian cuisine and had a very good educational program for the staff which Sigurjónsdóttir used to her advantage. “In the headquarters in London there were all kinds of practical seminars on cooking and management in the restaurant business. The company paid for the train ticket to London and when I had days off I went to a seminar and visited a friend of mine in London in the evening before I returned.”

After two and a half years Sigurjónsdóttir decided to go back to Iceland. It was 2014 and she had already secured a job with Slippur restaurant. She got an evaluation so she could finish her culinary education, and in 2017 she graduated as a chef. After that she took half a year off to join Iceland’s national team of chefs and she ended up finishing a master’s degree in the culinary arts in 2019.

Sigurjónsdóttir opened her own restaurant, Hnoss, in August 2021 and she admits that she sometimes has a hard time believing that her dream has come true.

“It has been quite a ride, but at the same time the most fun thing I have done. I sometimes get a whiff of impostor syndrome but then my family points out how much I have accomplished in recent years and how the old “me” working the kitchen in Akureyri would be over the moon with what I have done.”

Even though she has taken a complete U-turn when it comes to careers, she thinks that her education in social work was not for nothing. On the contrary she thinks it has really helped her in a manager position. “When you are running a kitchen, it is vitally important to be a good communicator and to be able to negotiate.” She does, however, admit that it was not easy to make the change at the time.

“I really liked staying in Akureyri and had my apartment there and my friends. But one of my friends told me I should not be afraid of trying because if it turned out to be a disaster, I could just come back and within two months nobody would remember any of it.”

You can move because you are not a tree

Sigurjónsdóttir says she has never been driven by money when it comes to careers. “I just remember one time in Norway thinking that it didn’t feel like I was working, because I was doing what I love to do all day and getting paid for it.”

She concludes by saying that if at any point working as a chef becomes tedious, she will not hesitate to change. “If you are not working in a field that makes you happy, you should do something else. If we are not happy, we need to move. After all, we are not trees! Money concerns should not stop us either, because money always comes to us in the end.”