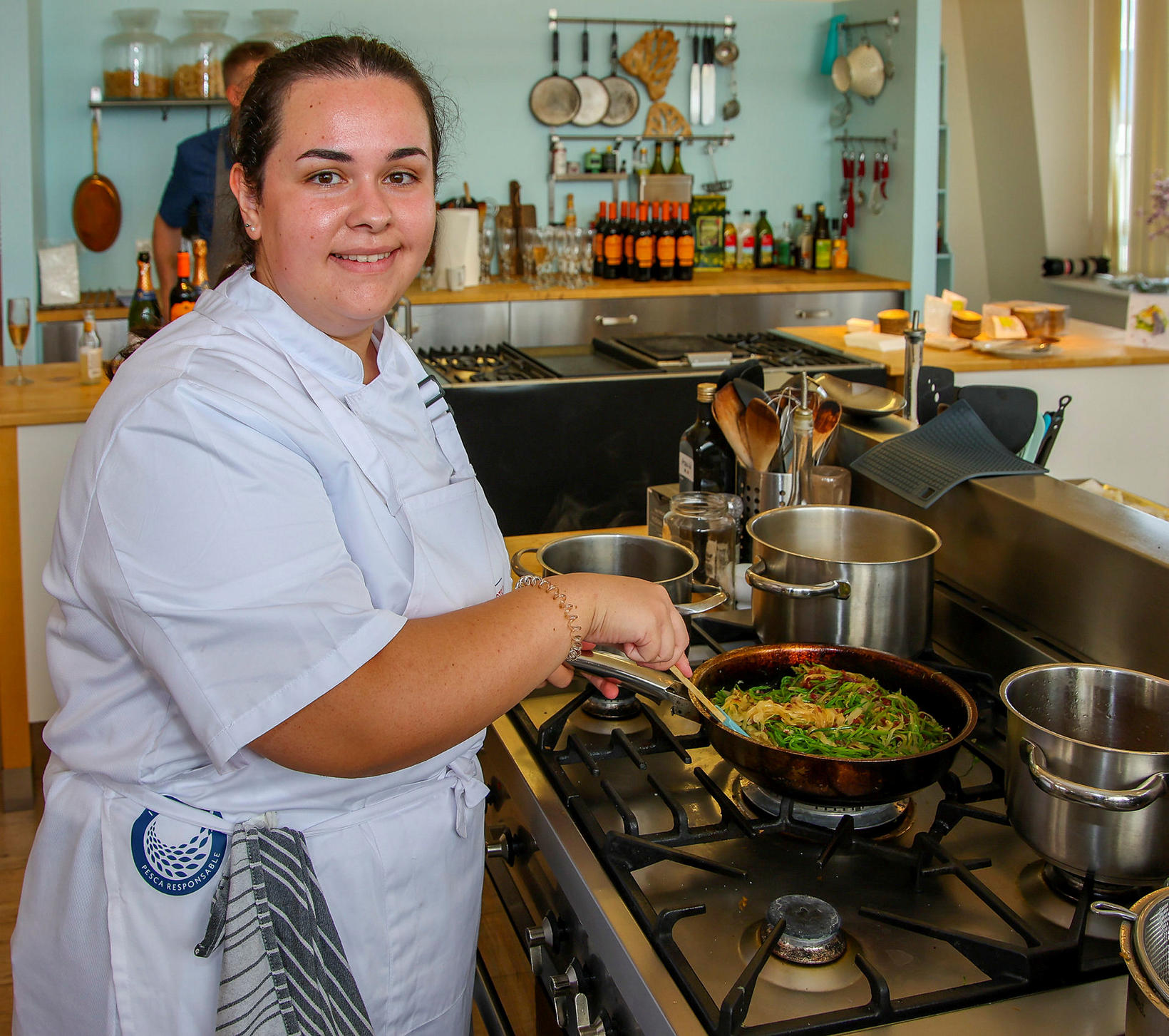 "I was surprised by how important fish is for Iceland and how excellent the product is and how it is processed," said the Spanish culinary student Alba González. She is one of the winners in a culinary competition amongst South-European culinary students in cooking salted cod, bacalao. She says there is no doubt in her mind that she will visit the country again.

Alba says that bacalao is a staple in Spanish cuisine and she always knew that the salted fish came from Iceland, but apart from that she did not know that much about the product. "If I am completely honest, then I only got to know the process when I participated in this competition. I started to learn about the history of how the fish is made in Iceland and how important it is for the country and how much work goes into the production." 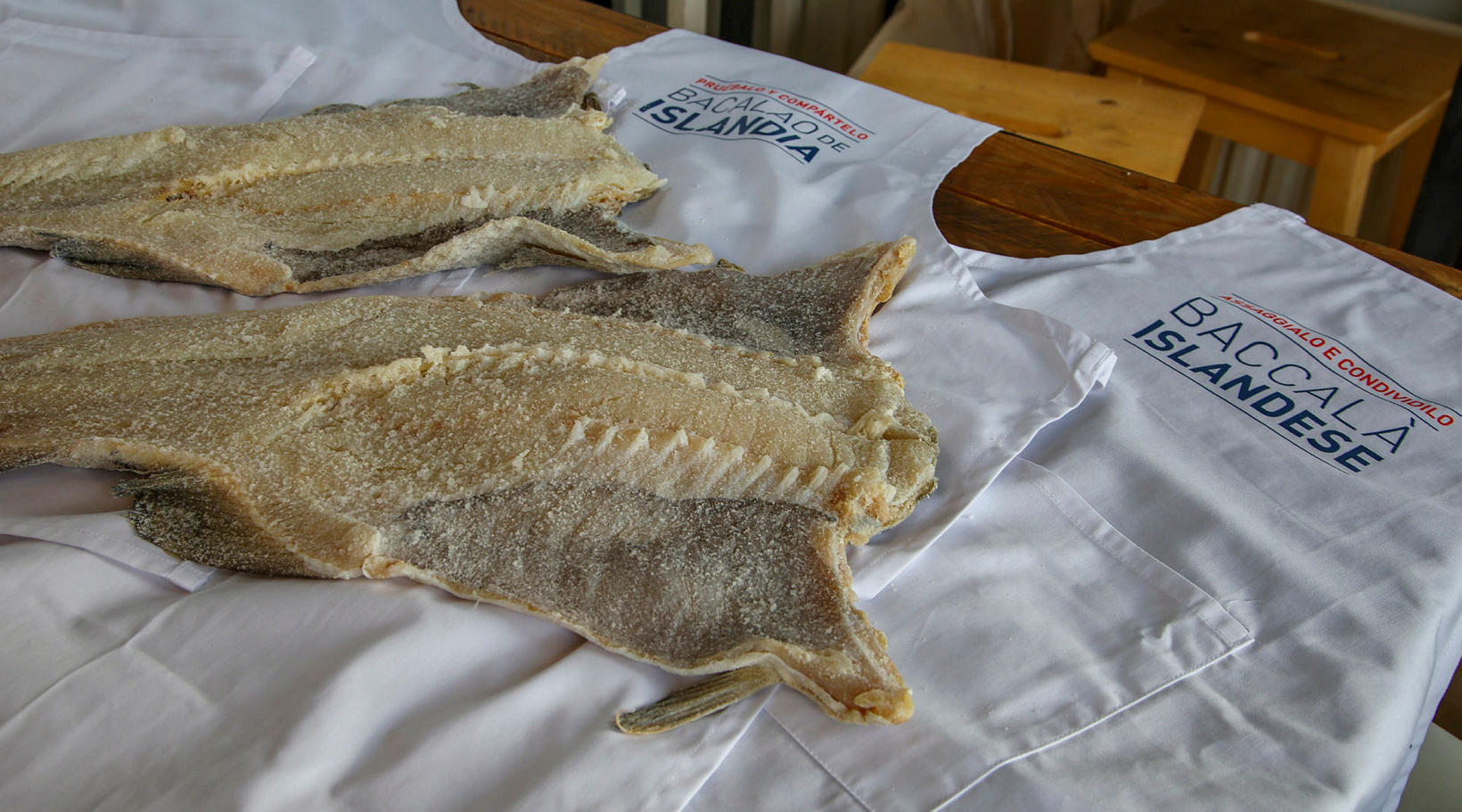 "We use a lot of bacalao in Spain and the majority of the fish comes from Iceland. It was very interesting for me to get the opportunity to visit a fish processing plant and see how  bacalao is made."

Bacalao on all the menus

"We eat a lot of cod, both in the north of Spain and in the south," says Alba who is from Malaga in the south of Spain. "You see bacalao in every single restaurant and there are always one or two bacalao entries on all the menus. We eat it raw, cooked, in a salad, in stews - it is everywhere," she says. 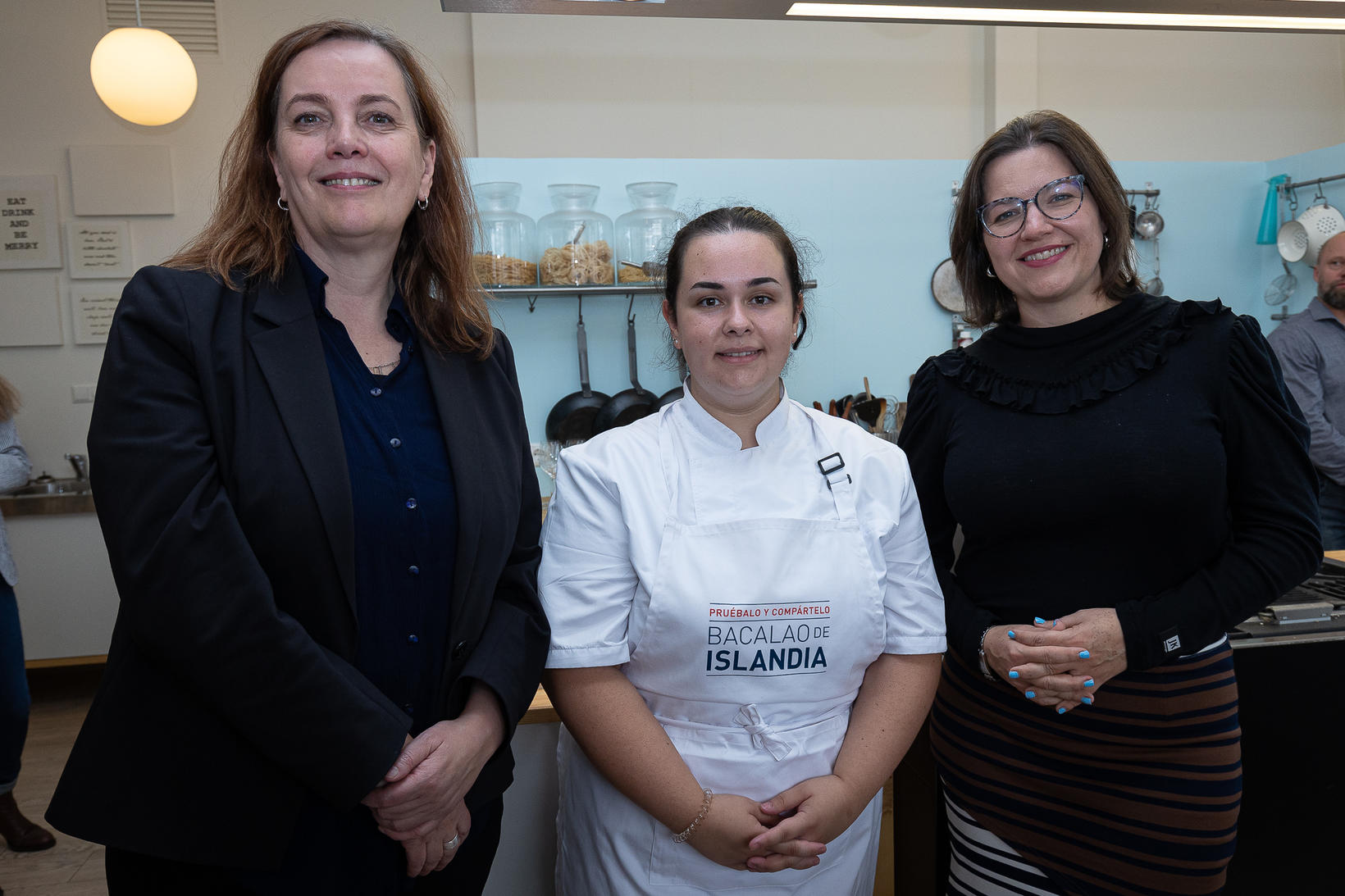 "Here in my hometown of Malaga we have a special salad called "ensalada malagu­eña" with salted cod, potatoes, olives and an orange. We eat this salad a lot during the summer. In the North of Spain we have the bacalao pil pil, a traditional dish where the fish is cooked with the skin and some fat," she explains.

The winners of the competitions, Sónia de Sá from Viana de Castelo in Portugal, Diego de Leiva from Sorento in Italy and Alba visited Iceland recently. They went to see the biggest producers of bacalao in Iceland in the Reykjanes peninsula. In their crew were journalists from the ABC newspaper in Spain and Food & Travel in Portugal. 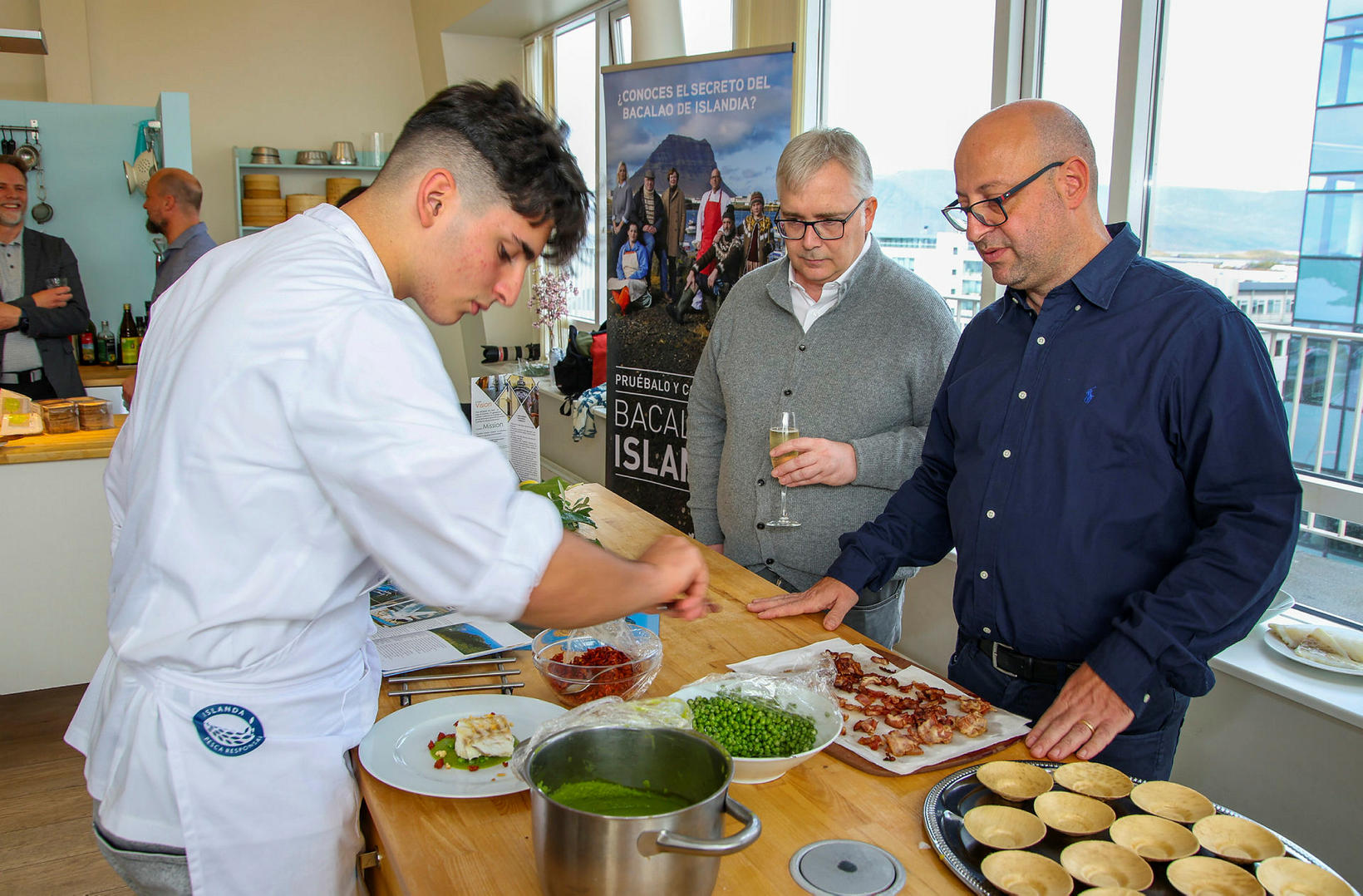 Diego de Leiva, one of the winners is preparing his dish. mbl.is/Árni Sæberg

"As soon as I landed I told my teacher and Kristinn Björnsson from Business Iceland that I did not want to go home," she says and laughs. "I was very impressed with the culture and the people here. Everyone was so helpful, positive and friendly. We went to a few restaurants and had the opportunity to see a bit of the Icelandic nature. This was an amazing experience."

When asked if she will visit the country again the answer is a resounding yes. "I will definitely come back, you can bet on that. I am in love with your country," says Alba and laughs. "The country is great and the fish is outstanding."

She says she hopes that Icelanders will visit Spain and see for themselves how the Icelandic bacalao is an important part of Spanish cuisine. 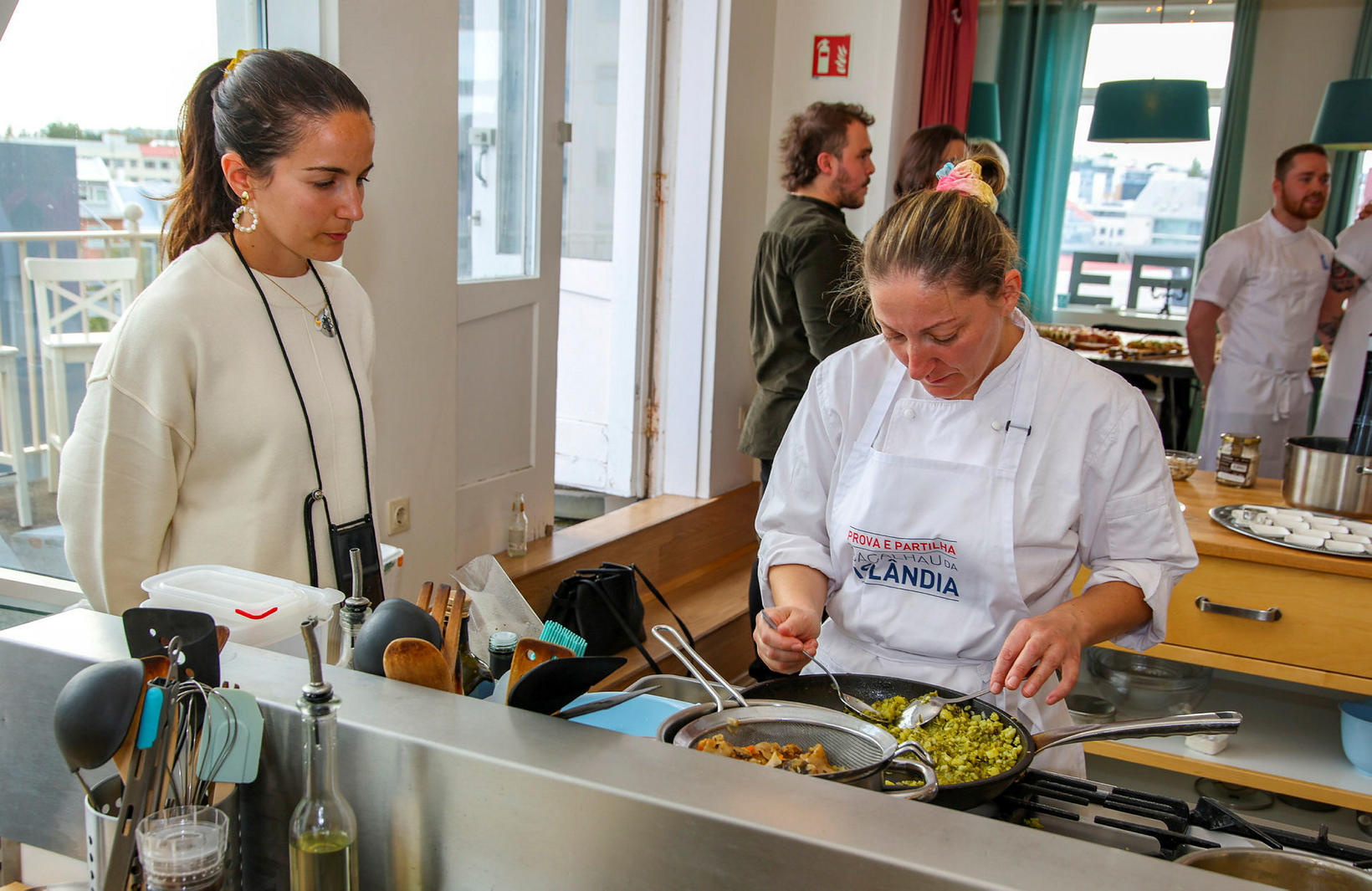 Sónia de Sá from Vi­ana do Ca­stelo in Portugal is here cooking her dish. mbl.is/Árni Sæberg

The winners of the competition were not only in Iceland to see the production of bacalao in Iceland, because they also came to showcase their winning dishes in Salt kitchen. Amongst those who got to taste were Iceland's first lady, Eliza Reid, and Svanhildur Svavarsdóttir, Minister of Food, Agriculture and Fisheries.

The Icelandic national team of chefs has been for years in cooperation with Business Iceland, and they were in charge of the food and wine at the reception. After the reception the three culinary students showcased their winning entries.

This year the majority of contestants were women, according to Business Iceland, but this is the second year the competition takes place in Italy, Portugal and Spain. The overall goal is to establish good contact with the next generation of chefs in these countries and show them the quality of the Icelandic bacalao. The next competions will take place in February to April 2023 in Spain, Italy and Portugal. 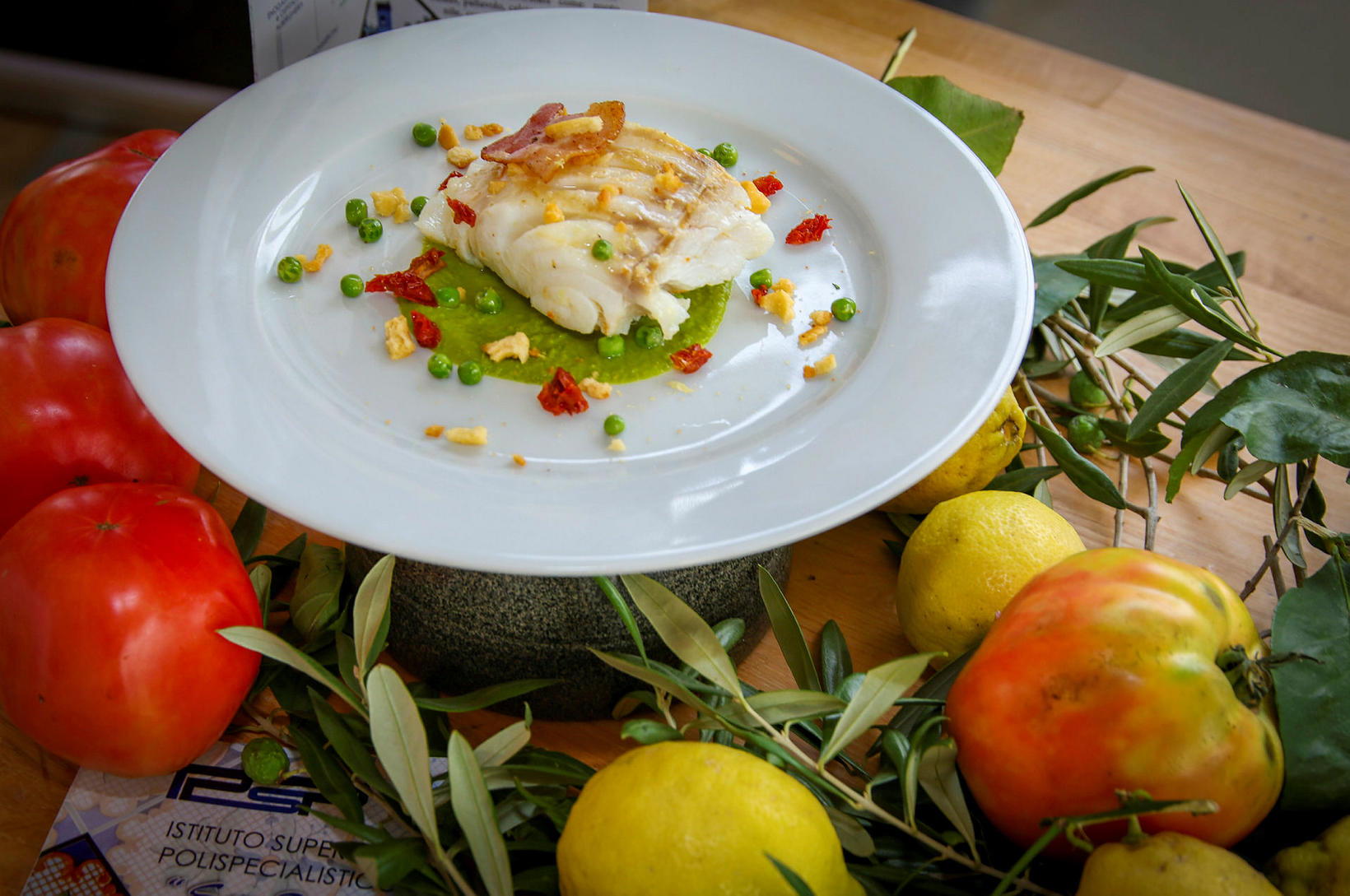 One of the beautiful dishes presented. mbl.is/Árni Sæberg 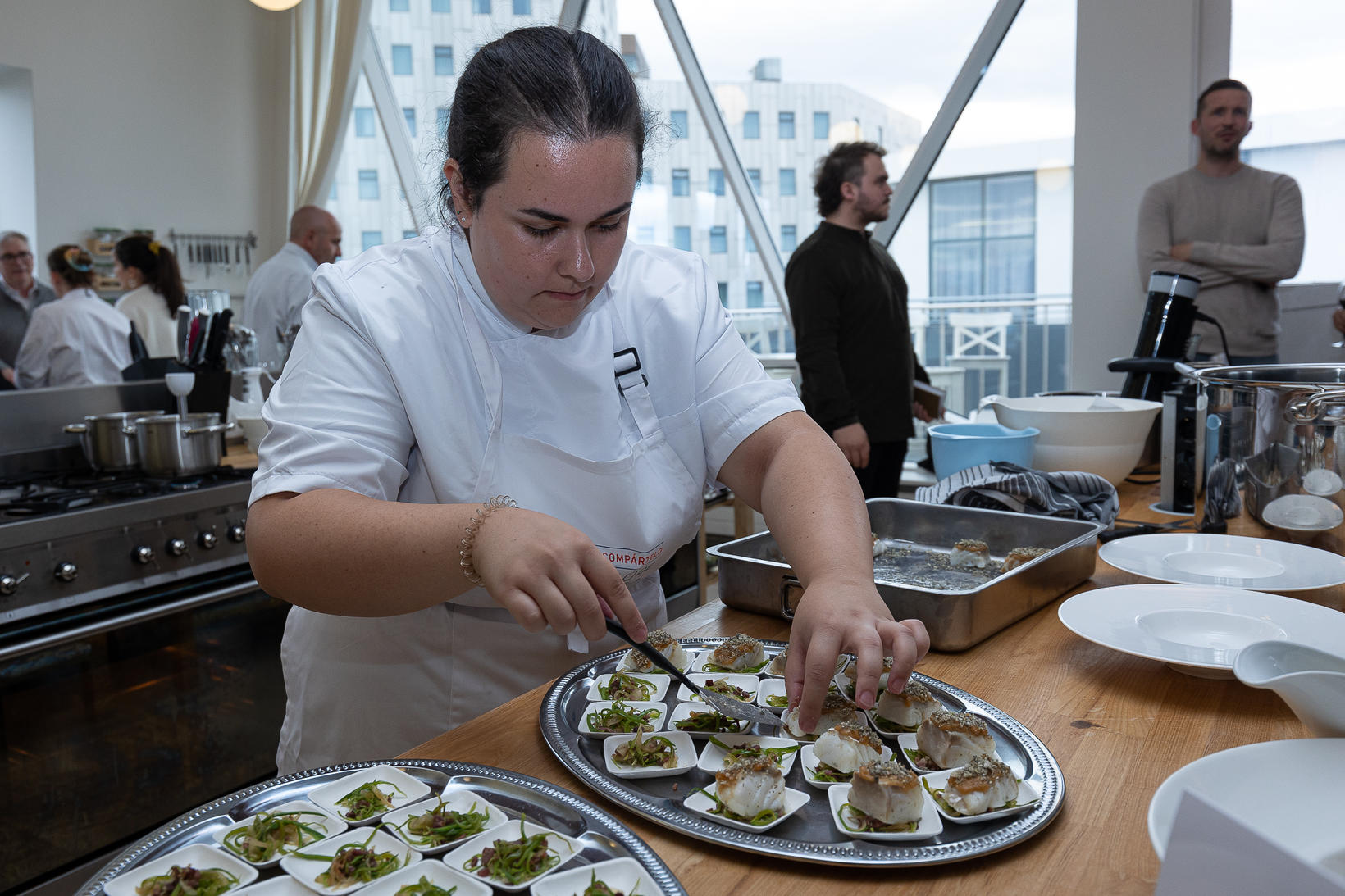 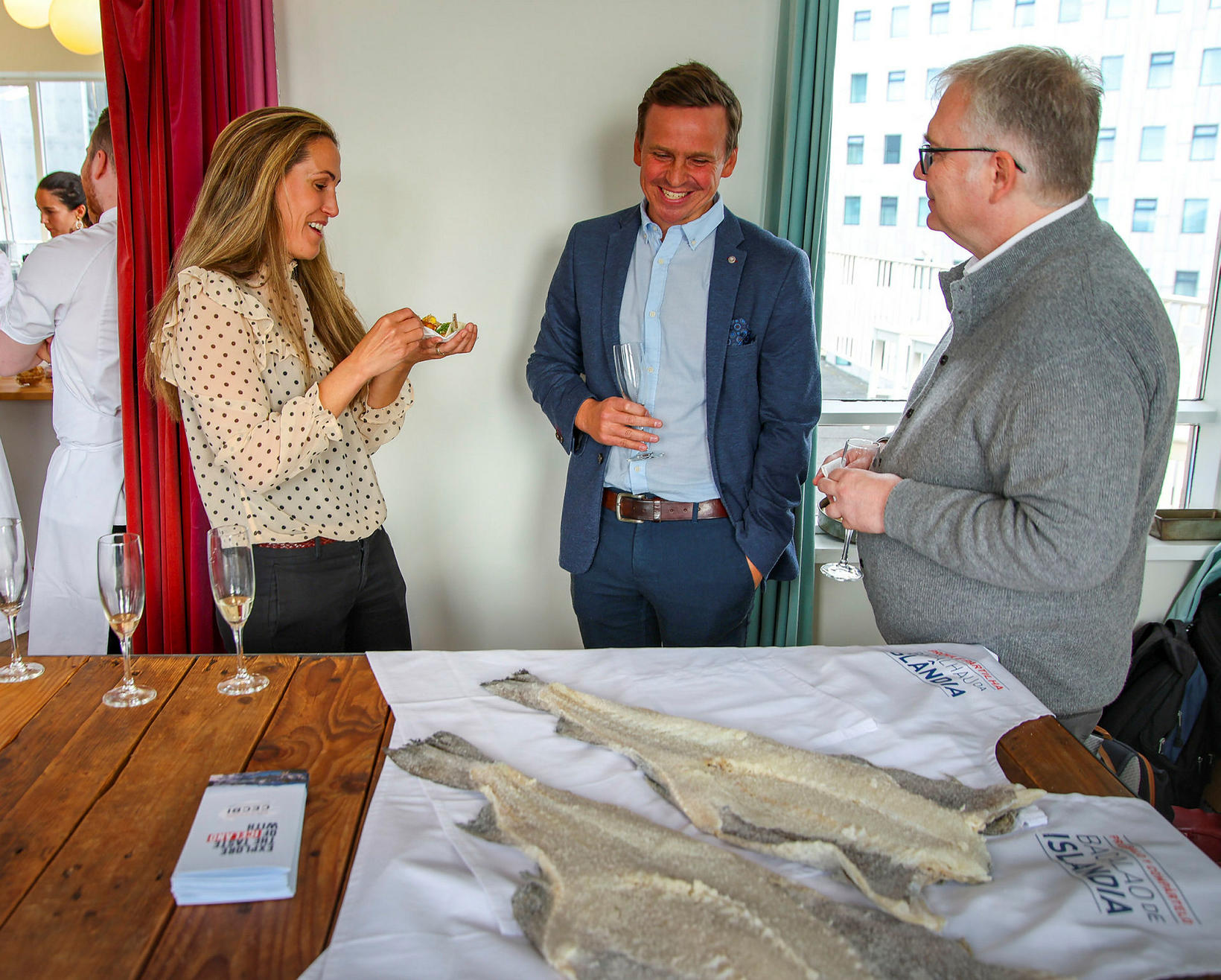 People really enjoyed the party and trying some of those excellent bacalao dishes. mbl.is/Árni Sæberg