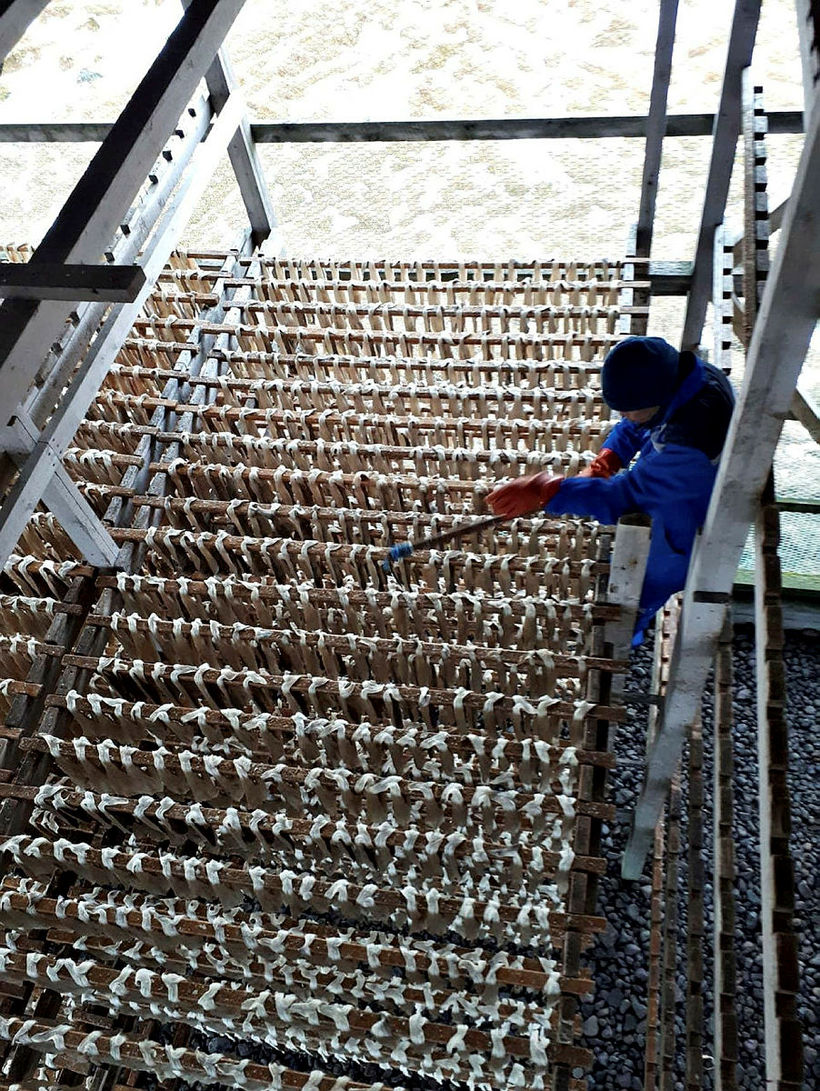 One of the most popular snacks in Iceland is dried fish. As is true for French wine or quality cheese, where the fish comes from and how it is processed affects its taste. Morgunblaðið journalist Ásgeir Ingvarsson interviewed people at the  fish company Harðfiskverkun Finnboga in Ísafjörður, the West Fjords to find out how they process the fish, for there, it is done the old-fashioned way, instead of using machines for drying the fish. 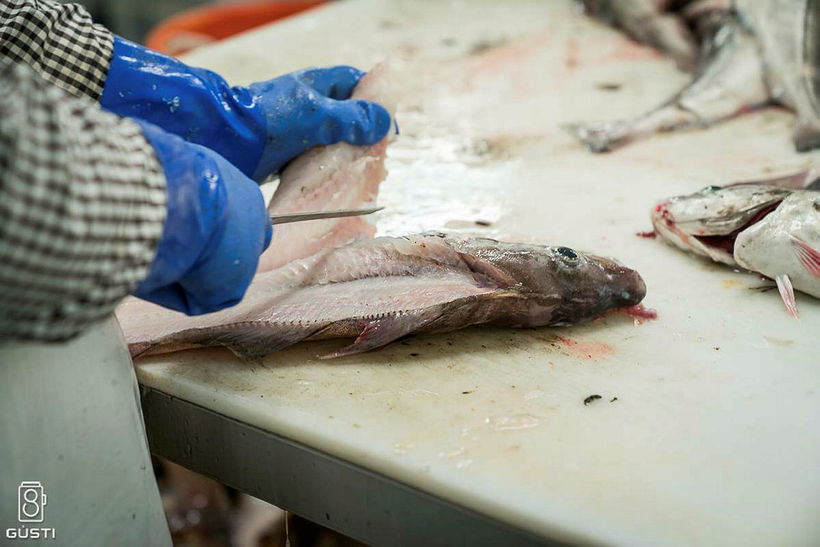 The company dries the fish in a large shed outside of town. CEO Gunnlaugur Finnbogason took over the operation from his father, Finnbogi, after whom the company is named. The operation began in the mid-80s, and it now employs three people.

On average, the fish is left hanging in the shed to dry for four to five weeks, during which time Gunnlaugur and the others must keep an eye on the weather and monitor the drying process. He explains that for best results, it should be cold outside when the fish is put up to dry. “It gives the dry fish a fresher taste, which many people like. The cold temperatures are only needed the first few days, and after five or six days, the temperature doesn’t matter as much,” he states. 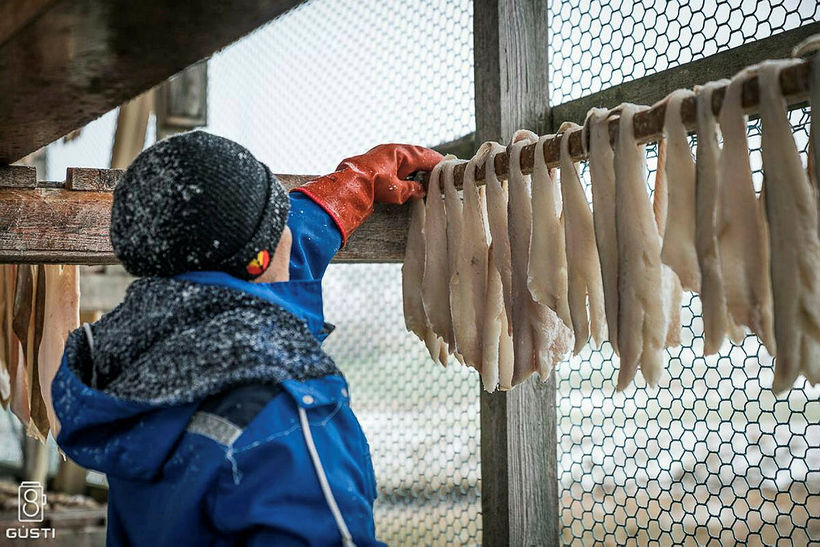 The fillets must be evenly placed on the rod. Ágúst G. Atlason

Gunnlaugur and his coworkers fillet the fish by hand, taking care to cut a hole in the skin of the fish at the right place, so it can hang in place. After being dipped into brine, the fish is mounted on a rod, which they hang in the shed. They dry catfish, haddock, cod and halibut.

Attending to the fish oftentimes requires climbing high to reach the rods. Strong winds can move the fish on the rods, requiring the fillets to be readjusted, so that air can flow easily and evenly between them. A good way to tell whether the fish is dry enough is by trying to break the fillet. If it breaks, it’s ready. 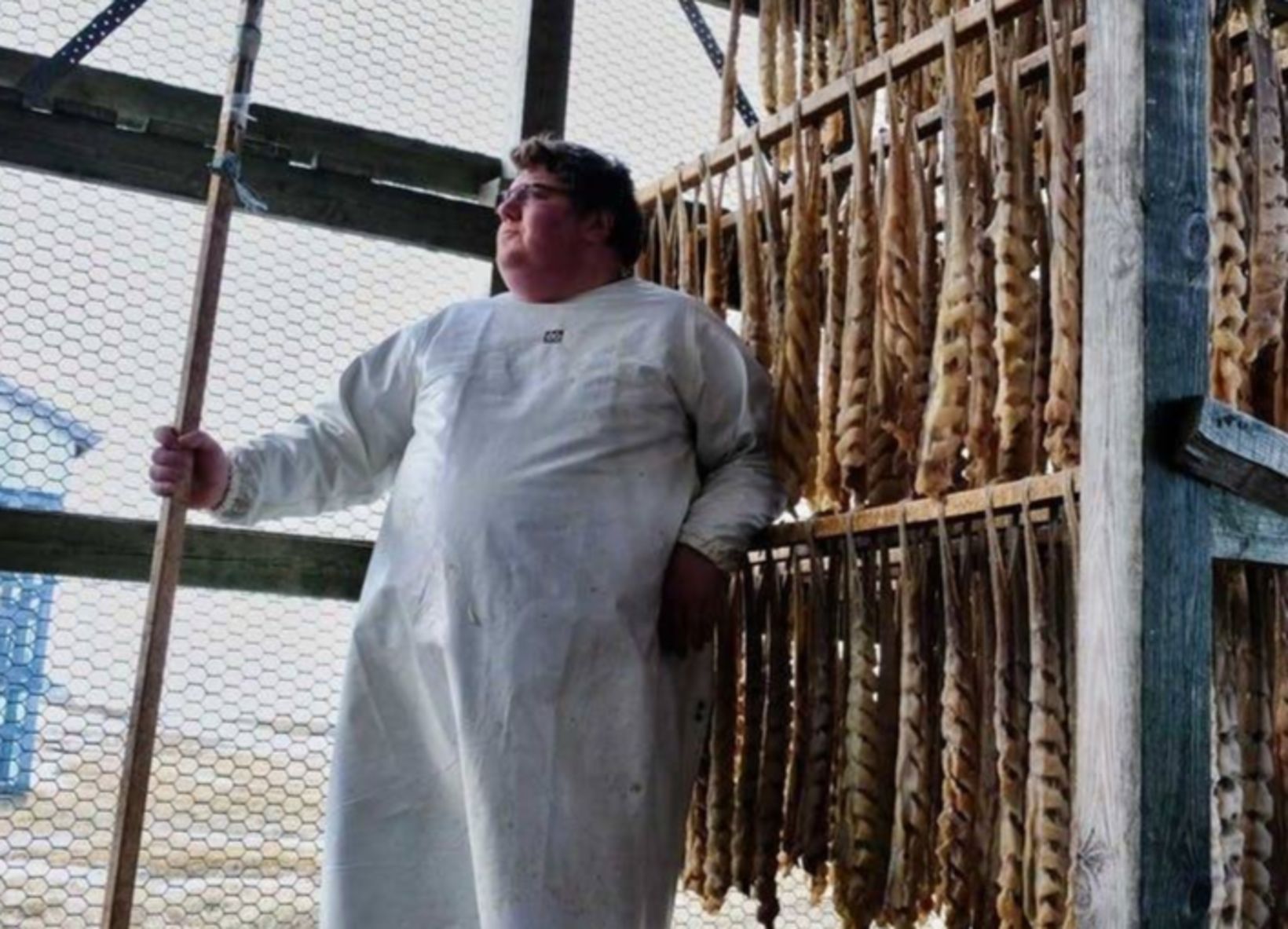 The fish hangs on rods to dry. Ágúst G. Atlason

After being taken down, the fish must wait two or three days. Then, it is run through machines that beat the fillets. How much it is beaten is a matter of preference. Thereafter, the fish is packed in boxes and frozen. Once an order is received, the fish is taken out of the freezer and wrapped in plastic bags for the consumer.

Many people call the dried fish a natural protein bar, for it contains 80 percent protein and contains, moreover, healthy fatty acids. Nothing is added to dried fish, except for the brine it is dipped into before being hung up to dry. Right now, Gunnlaugur reports, catfish is the most popular kind of dried fish. It has a stronger taste than the rest. The best way to store dried fish, he advises, is in the freezer. 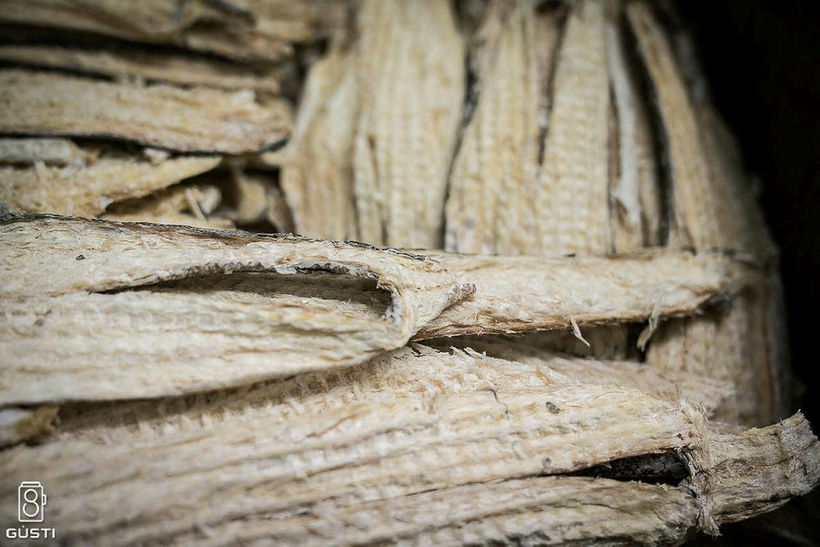