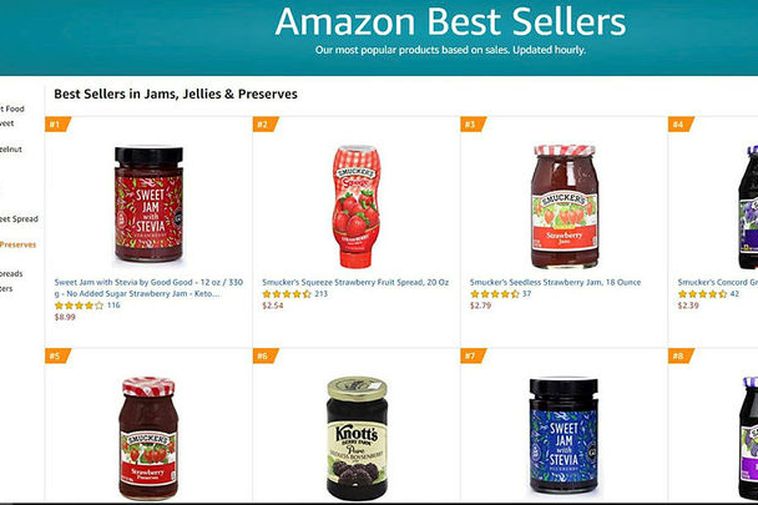 The Icelandic food production company Good Good (previously Via Health) recently made it to the top of Amazon’s list of best-selling jams, jellies and preserves - sweet tidings for a company specializing in the production of foods without added sugar.

“The best-selling jam list is constantly changing, but we’re always among the top ten, and climb to first place now and then,” Garðar Stefánsson, Good Good’s CEO, tells Morgunblaðið. That, he notes, means his company has sometimes surpassed producers such as Smucker’s, a long-time giant in the US market.

Not only does the company’s jam sell well, but according to Garðar, it looks like its Choco Hazel chocolate spread may soon surpass Nutella in terms of sales in Iceland.

“As far as I know,” Guðmundur states, that would be the first time ever in any market that Nutella has to put up with second place.”

Instead of adding sugar to its products, Good Good uses stevia, a non-caloric sugar substitute, derived from a plant. Product development and design took place in Iceland, while the company’s partners in Europe are in charge of production.

In addition to producing three kinds of jam and Choco Hazel, Good Good makes sugarless syrup, stevia drops, stevia sugar substitute and energy drinks. The products are available in 31 countries, with the fastest growth being in the United States, where they are offered in more than 500 stores.

Garðar attributes Good Good’s success to increased health awareness among consumers. They increasingly put the focus on healthy eating and seek out products which are at once sugar-free and without chemical sweeteners. “The popularity of the keto [low-carb] diet helps us, too, for our products are ketogenic,” he concludes.