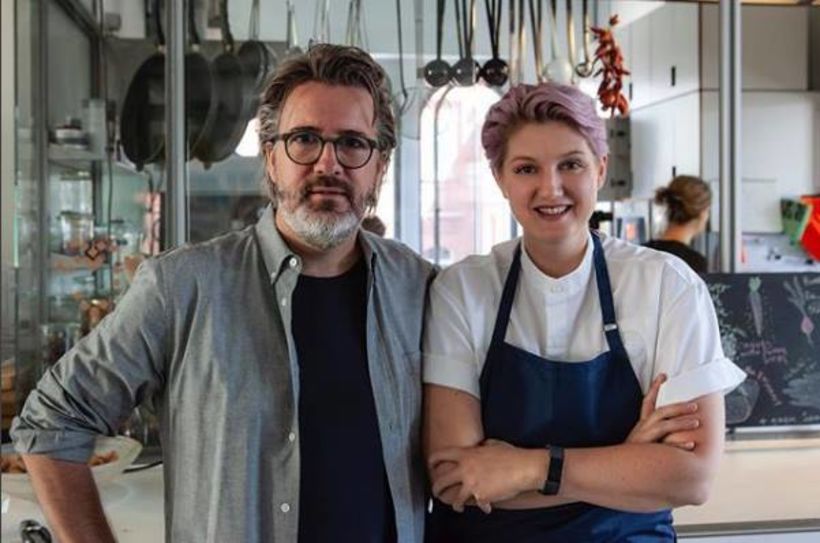 On August 11th, chef Victoria Eliasdóttir and her brother, artist Olafur Eliasson, will open a culinary space in Reykjavik, hosted by the Marshall Restaurant + Bar. Running for almost three months, the temporary restaurant will serve lunch and dinner, inspired by the atmosphere of the Studio Olafur Eliasson (SOE) Kitchen in Berlin.

The project will bring the SOE Kitchen from Berlin to Reykjavik, creating a space for eating and thinking, for food experimentation and impromptu encounters – in direct response to the Icelandic context. To create a unique atmosphere, artworks by Eliasson will be installed in the restaurant, which lies adjacent to his satellite studio at the Marshall House.

Victoria Eliasdóttir and the SOE Kitchen team will invite guests to take a seat at a long table to share healthy food and conversation – much in the spirit of the daily lunches that are served family-style to Eliasson’s 100-person studio team in Berlin.

Eliasdóttir is taking on this new project after having completed a successful period as chief chef at the acclaimed Berlin restaurant Dóttir. With the SOE Kitchen team, she will prepare a special menu that combines locally sourced ingredients and recipes popular with the Berlin studio team. While the SOE Kitchen prepares organic, vegetarian meals in Berlin, the temporary restaurant at the Marshall House will take advantage of its location at the harbour to offer a special selection of fresh seafood and fish. The restaurant will serve a set meal-of-the-day for lunch and a dinner menu in the evenings.

On selected evenings, guests will be invited to stay after dinner for a series of events – conceived by Studio Olafur Eliasson with the participation of the Iceland University of the Arts, i8 Gallery, Mengi, and other local collaborators – that range from micro-concerts to poetry readings and include experimental jazz, electronic, and vocal arrangements. Furthermore, the program includes performances and talks with artists, composers, philosophers, social scientists, and cooks, as well as activities for children. 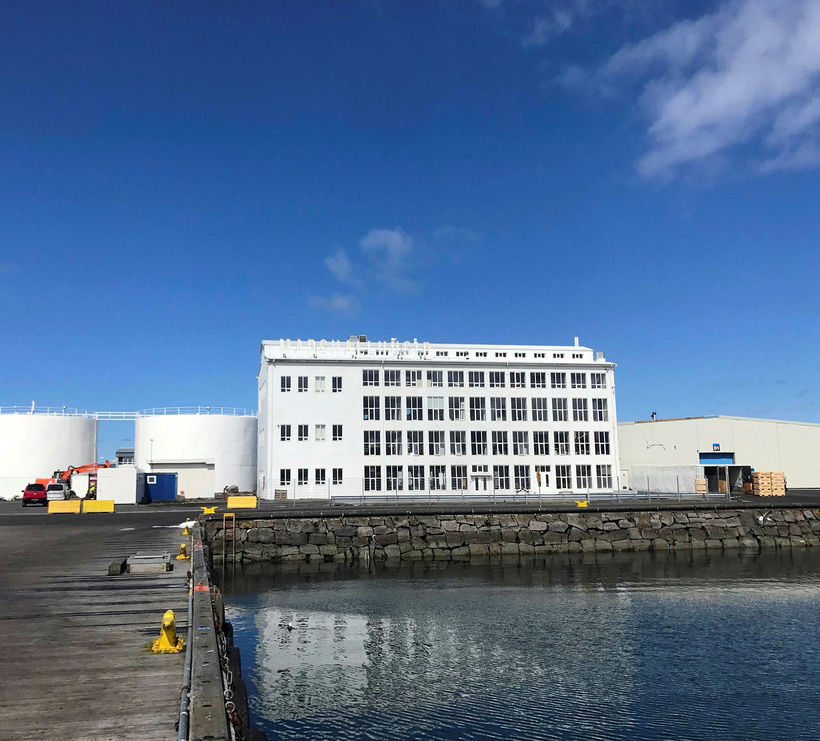 
The Studio Olafur Eliasson Kitchen
The SOE Kitchen team runs the kitchen at the studio of artist Olafur Eliasson in Berlin. Four days a week, the team prepares organic, vegetarian meals that are shared by the full 100-person studio team as well as guests and collaborators who happen to be visiting at the time. The kitchen provides sustenance, a healthy diet, downtime, and social glue. It was established in 2005 at Eliasson’s former studio on Invalidenstrasse, Berlin, run by Asako Iwama and Lauren Maurer. Since then, Lauren Maurer has continued to be a core member of the team, alongside Christine Bopp, Montse Torredà Martí, and Nora Wulff. The SOE Kitchen has grown in scale and ambition, driven by the interests of the cooks, who have backgrounds in dance, theatre, film, and art, as well as gastronomy. Between 2009 and 2014, the kitchen team often collaborated with the Institut für Raumexperimente (Institute for Spatial Experiments, raumexperimente.net ) on food experiments, and they have continued to engage in research on cooking practices and food preparation. In 2016, they launched the series Studio Kitchen Tastes. At these events, experiments and research into topics like fermentation and microorganisms are presented and shared with the rest of the studio team over lunch. The SOE Kitchen team collaborates with the biodynamic farm Apfeltraum, located just outside of Berlin, and has conducted research trips to, among other places, a fermentation lab in Copenhagen and le potager de la reine, an experimental garden behind the scenes at the Palace of Versailles.

Victoria Eliasdottir
Chef Victoria Eliasdóttir was introduced to good food at an early age by her father, who was also a chef. After her training, Eliasdóttir started out by taking over a summer restaurant in the south of Iceland, where she served local trout and tomatoes from the farm next door to tourists and curious farmers. In 2012, she headed to Berkeley for a four-month stint at Chez Panisse, where her ambitions shifted to looking for a deeper meaning in cooking. In 2015, she opened the restaurant Dóttir in Berlin, whose menu is rooted in the meals she ate at home as a child. Since 2017, Eliasdóttir has focused on further developing the kitchen at Studio Olafur Eliasson as a platform for exchange with food activists, chefs, and others to share inspiration and ideas.

Olafur Eliasson
Artist Olafur Eliasson, born in 1967, works in a wide range of media, including installation, painting, sculpture, photography, and film. Since 1997, his solo shows have appeared in major museums around the world. Eliasson’s projects in public spaces include The New York City Waterfalls, in 2008, and Ice Watch, shown in Copenhagen in 2014 and Paris in 2015. Established in 1995, his studio today numbers about one hundred craftsmen, architects, archivists, researchers, administrators, and cooks. In 2014, Eliasson and architect Sebastian Behmann founded Studio Other Spaces, an office for art and architecture focusing on interdisciplinary and experimental building projects and works in public space. Together with engineer Frederik Ottesen, Eliasson founded the social business Little Sun in 2012. This global project produces and distributes the Little Sun solar lamp for use in off-grid communities and spreads awareness about the need to expand access to sustainable energy to all.

Venue
The Marshall House
The Marshall House was built in 1948 as a fish-meal factory. In 2017, the house was re-designed and renovated to be used as a cultural centre. Today, the Marshall House is home to three art venues: Gallery Kling & Bang; the Living Art Museum, a non-profit, artist-run museum and association; and Studio Ólafur Elíasson. On the ground floor, the Marshall Restaurant + Bar by Leifur Kolbeinsson is a culinary destination that will host Victoria Eliasdóttir and the SOE Kitchen for three months. The House is located at Grandi, an up-and-coming district in Reykjavík, originally the city's main fishing industry district with a direct view of one of Reykjavik’s landmarks, the Harpa Concert Hall and Conference Centre, and the old harbour.